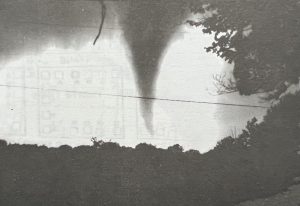 Three weeks after the devastating May 31, 1985, Tornado Outbreak, a long-tracked F2 tornado, skipped through parts of northeastern Ohio and into northwestern Pennsylvania. Several farms were damaged, and three people were injured. 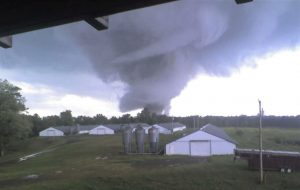 The first violent tornado in the state of Alabama, on April 27, 2011, crossed over 50 miles through Cullman, Morgan, and Marshall Counties. It is one of the most filmed twisters of the day, with the riveting beginning captured live on the ABC 33/40 SkyCam. The tornado wrecked downtown Cullman and left several rural communities with massive destruction. Tragically there were six fatalities, including five in one family.

Click on the picture above to go to the free overview of this event! If you are a member, we have written three detailed chapters that take you along the path! You will find those link in the overview!

During the afternoon of May 24, 2011, Oklahoma was impacted by one of the state’s most infamous outbreaks. Twenty-two tornadoes tracked across areas west of and into the Oklahoma City metro. This summary will examine a short-lived and powerful EF3 that tore through areas west and north of Lookeba. 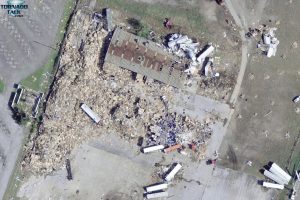 Updated Summary! A completely new look at this event! Much more imagery, maps and personal stories!

A substantial tornado outbreak swept across portions of the South throughout April 10, 2009. The strongest was an EF4 that rolled through the northern side of Murfreesboro. This summary provides a detailed analysis of the damage and documents the personal stories of those who lived through it. 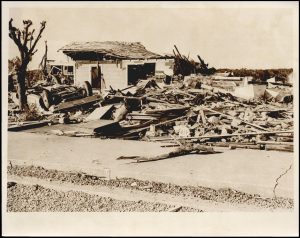 Updated Summary! Complete overhaul from what we did before with personal stories, images and new maps!

Keefeton, Oklahoma, is an unincorporated community located on U.S. Highway 64, ten miles south of downtown Muskogee. On May 26, 1973, the roadside town of approximately 400 people was nearly wiped out by an estimated F4 tornado. This summary will detail the destruction and tragic loss of life through personal stories gathered from numerous newspaper accounts. It will also highlight how this small community rallied to help one another in their time of need. 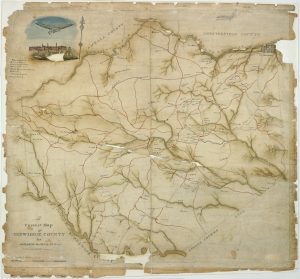 The Lunenburg-Nottoway-Dinwiddie-Prince George Tornado In Virginia – May 5, 1834

NEW FREE SUMMARY! A deadly family of tornadoes carved a 70-80 mile path through Lunenburg, Nottoway, Dinwiddie, and Prince George Counties in Virginia on May 5, 1834. Through analysis of newspaper reports, ancestry records, and information from historical societies, we have documented the details of this significant event in Virginia history to the best of our ability.

Tornado Talk is a dynamic, information packed website devoted to tornado history! The site contains over 500 event summaries. Our team of writers and researchers dive deep into the details about each tornado event describing what happened through damage analysis and story-telling. Get Hooked on Tornado History with Tornado Talk! 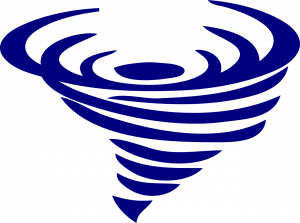 Tornado Talk is a break-even LLC. That means, we do not aim to make a profit on our work. Our goal is to offset the costs to maintain the business and compensate the hard work of the team of writers and researchers. To put together a summary for just ONE large tornado event, the team could work over 100 hours with research, writing, correspondence, reviewing and website work! We are all doing this while working other jobs and going to school.

To help keep Tornado Talk going and growing, we have a membership program! For as little as the cost of a cup of coffee per month, you can help support our work and become a member of the Tornado Talk team! Learn more by clicking on the tornado icon above!