44 tornadoes were confirmed on January 30, 2013.  The strongest was given a rating of EF3.  It tracked over 21 miles through parts of Bartow and Gordon Counties in Georgia.  There were 17 injuries and one fatality.

The tornado developed during the late morning, just SW of Adairsville.  It strengthened to a high-end EF3 in the town.  Per the NWS summary, 95 structures were damaged, 31 of those were destroyed.  Many homes were damaged due to trees falling on homes in the downtown area.  The worst damage was along Highway 140, where a large portion of a manufacturing plant was destroyed.  Over 100 cars were overturned near exit 306 on I-75.  Per the February 1, 2013 edition of The Atlanta Constitution, 51-year old Anthony Raines was killed when a tree fell on his mobile home. 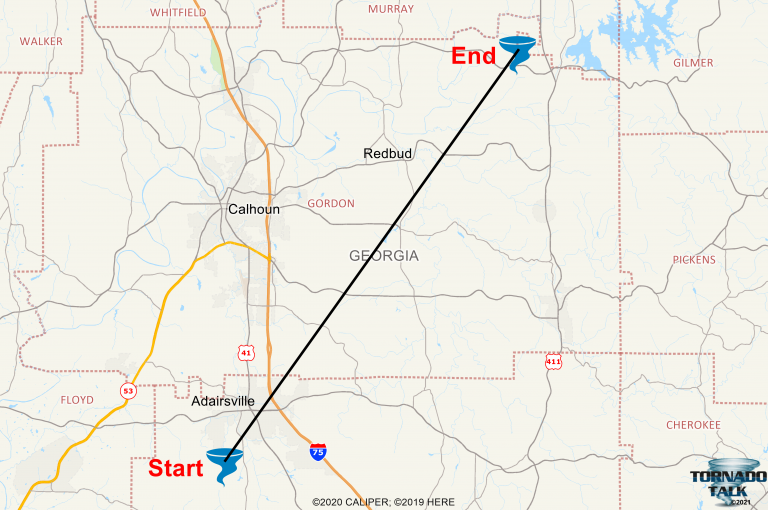 Damage Photos from the NWS Atlanta 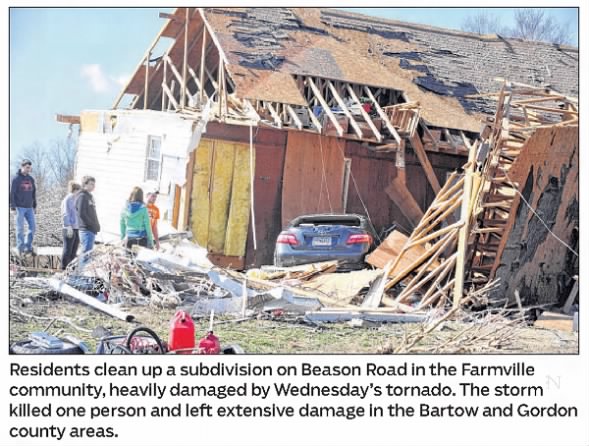 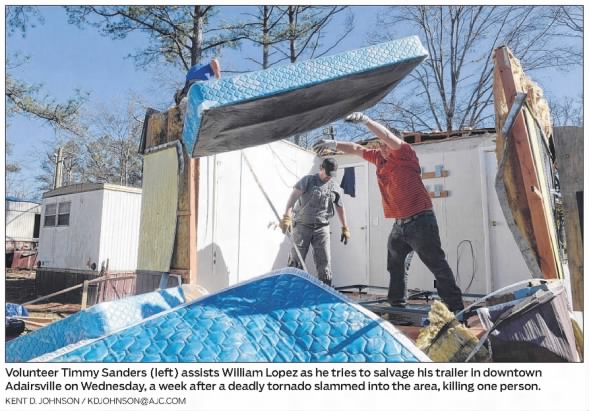 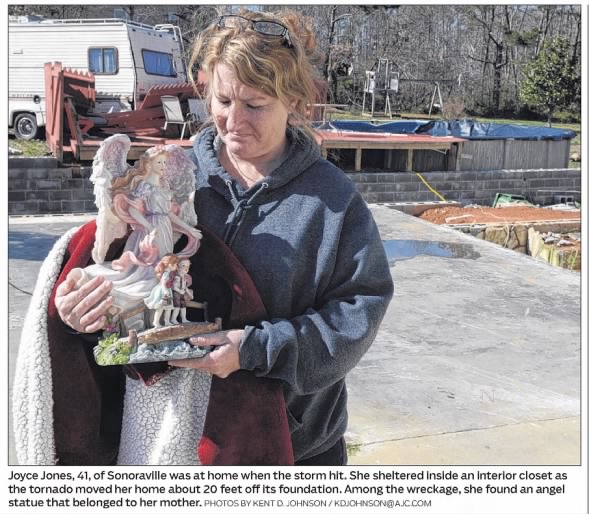 Georgia tornado on January 30 ends stretch without a tornado death – Article via earthsky.org