21 tornadoes occurred on February 24, 2001.  Most of these were in the state of Arkansas.  One of the strongest with the longest path moved 52 miles through parts of Mississippi.  This F3 began in rural Calhoun County with limited damage initially.  The twister moved to the northeast, moving into Pontotoc County near the Matthews area.  Most of the damage was between the communities of Algoma and Pontotoc.  Approximately 360 homes, 15 businesses, and two churches were damaged/destroyed.  Per the Storm Data Publication, one of the destroyed homes was a restored antebellum plantation home listed in the National Register of Historic Places.

The tornado continued to the northeast, moving into SE Union County.  At least two mobile homes were destroyed, and nine were damaged.  Several homes had damage as well.

Next stop, Lee County.  Eight homes and one business were heavily damaged in Guntown.  Mobile homes were overturned in Saltillo.  In Baldwyn along the Lee/Prentiss county line, nearly 100 homes were damaged/destroyed, and the Baldwyn High School lost the roof to its gym.  The tornado ended in Prentiss County near Wheeler, where six homes were damaged.

There were six fatalities, all in Pontotoc and all in the 10th Street area. 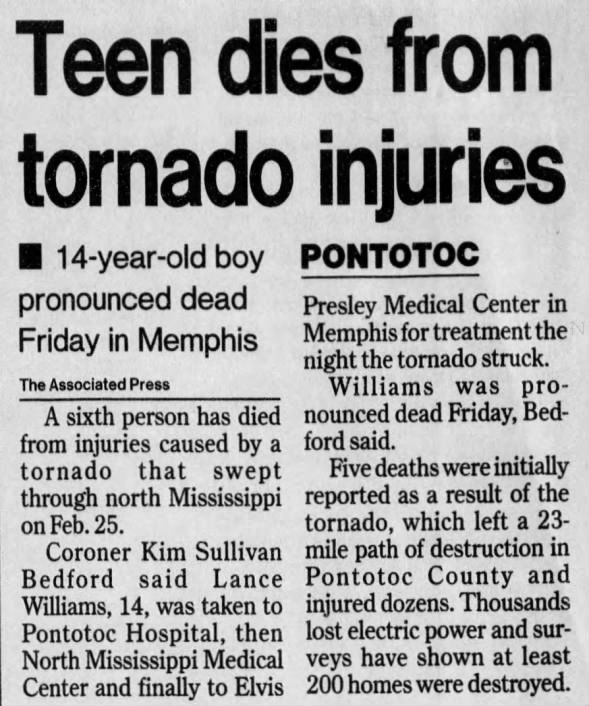 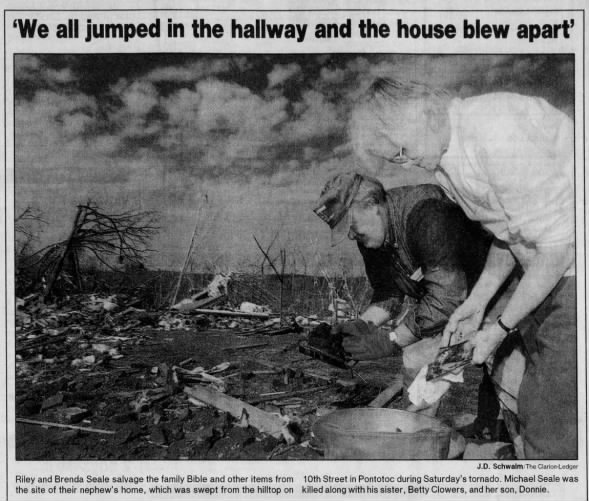 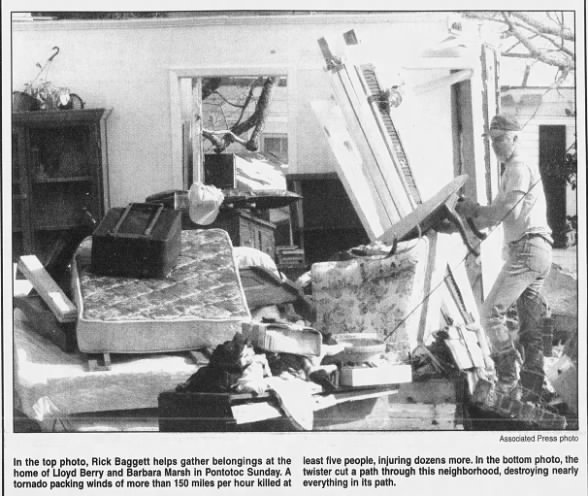 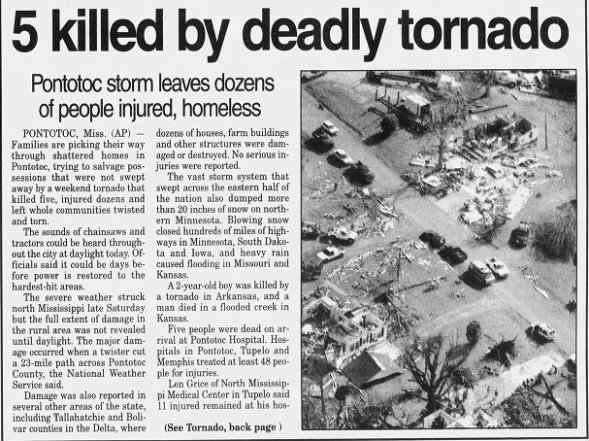 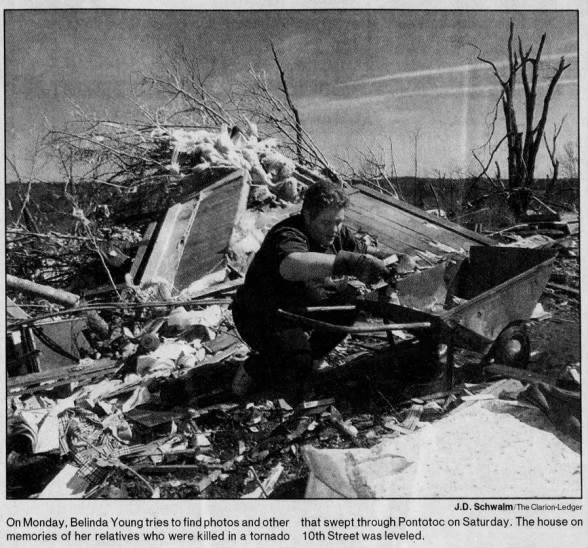 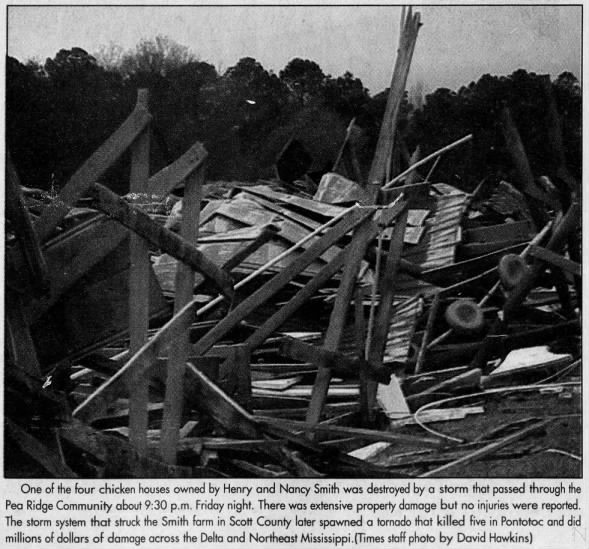 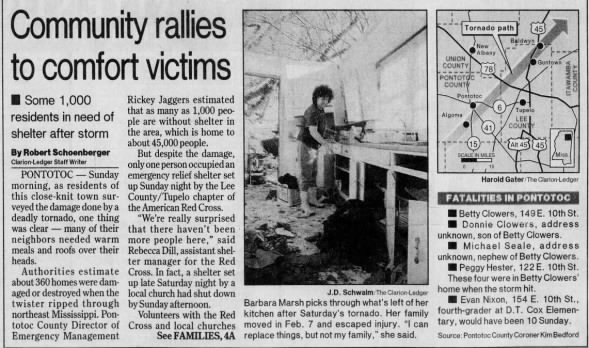