Six tornadoes were produced during the late afternoon/early evening of January 7, 1989.  The most significant tornado of the day hit the small town of Allendale, IL in Wabash County.  Per the Storm Data Narrative from January 1989, “much of the town was obliterated.”

The tornado developed about four miles SW of Allendale or one mile NW of Patton.  It moved northeast through Allendale and into the rural areas of Wabash County.  It then crossed the Wabash River into Indiana moving into Knox County.  The tornado dissipated five miles SE of Vincennes or 1.5 miles SW of Frichton.  There is a discrepancy on the path length.  The SPC has a length of 19 miles.  The Storm Data Narrative has a length of 22 miles (seven in Illinois and 15 in Indiana).

Per the NWS survey, the tornado began at F2 intensity and then strengthened to lower end F4 about 1/2 mile SW of Allendale.  It reached maximum F4 intensity in the southern part of Allendale.  It then dropped to F2 status by the time it hit the Wabash River and then down to F1 toward the end of its path.

Some of the damage reported:

From the January 1989 Storm Data Publication: 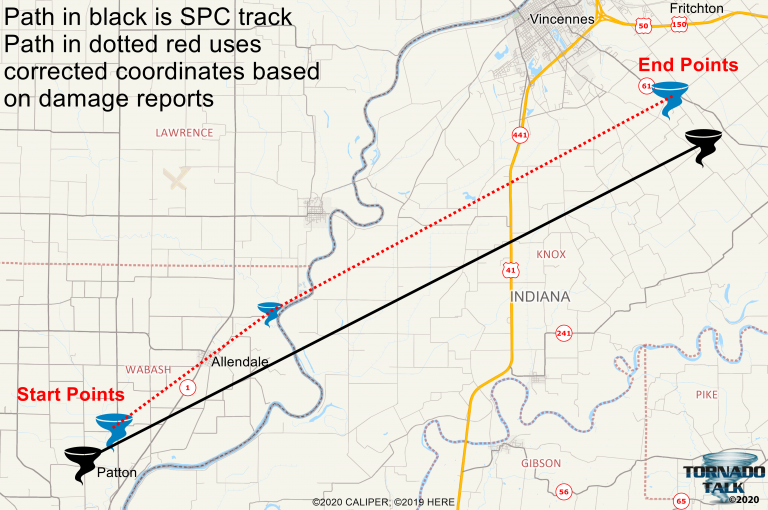 Allendale tornado 1989 aftermath. Illinois Emergency Services and Disaster Agency videos Allendale from the air and walks through the town.  Posted by the Village of Allendale. 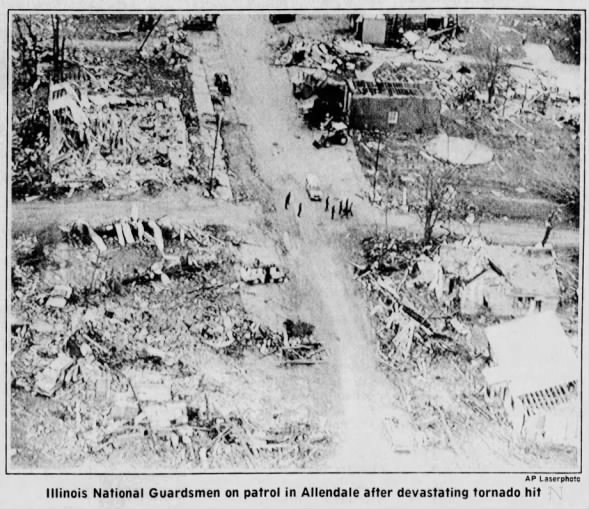 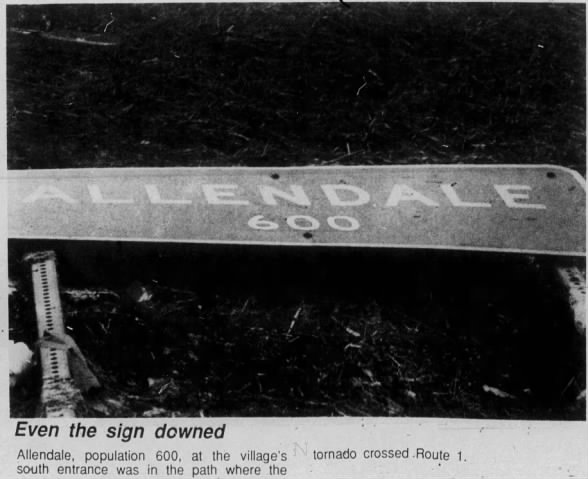 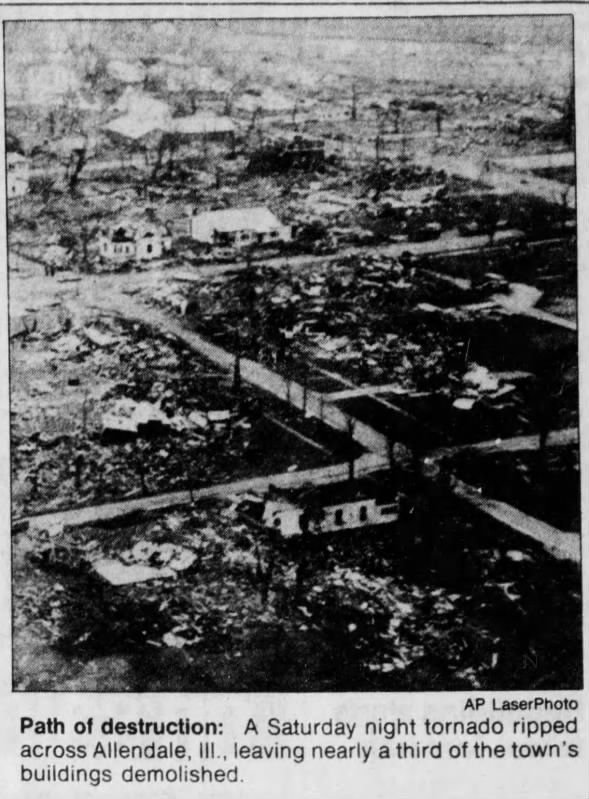 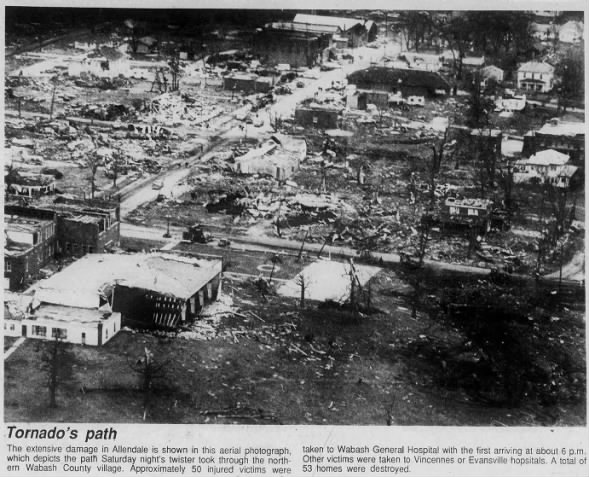 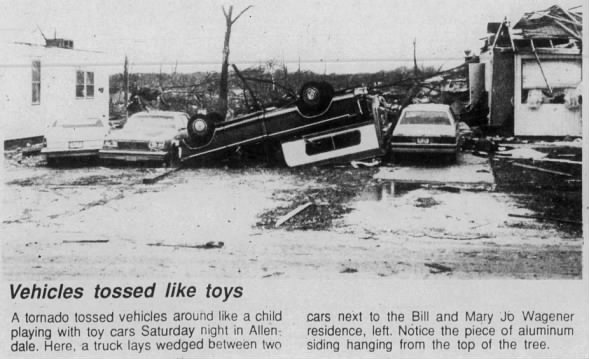 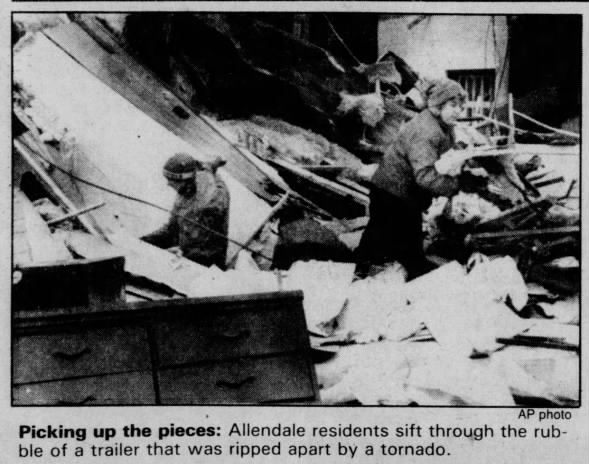 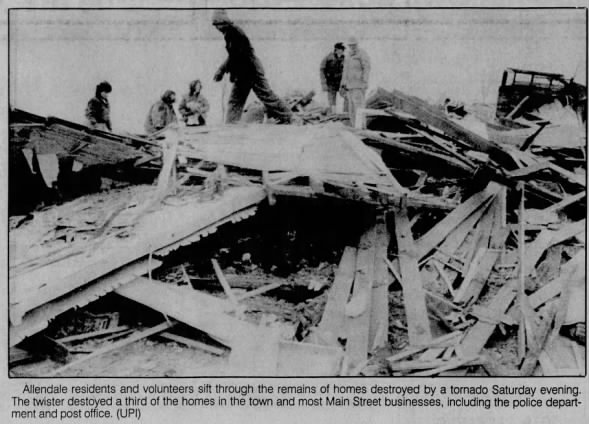 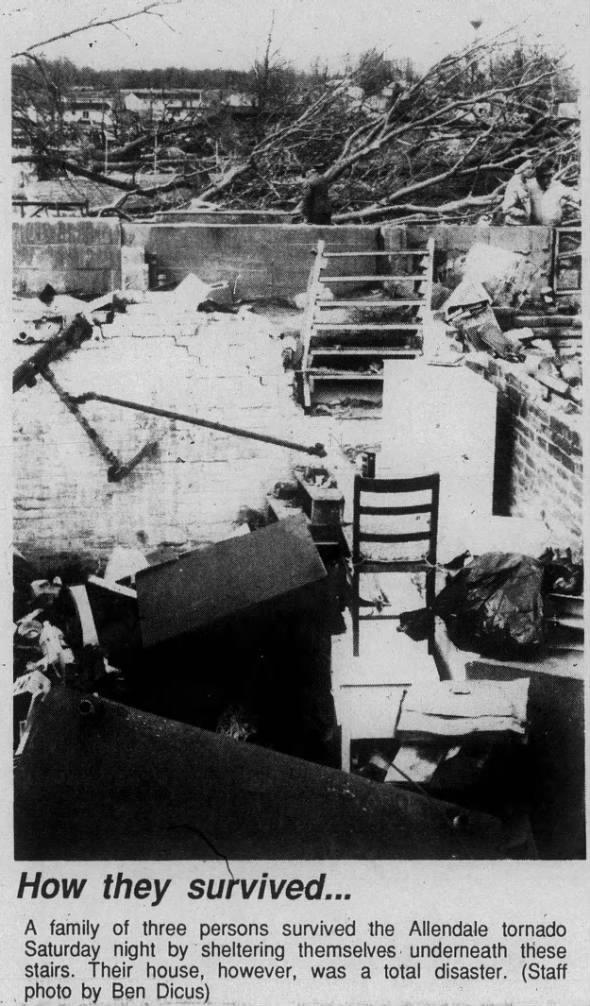 We gathered information for this event from the SPC & NCDC Databases, the January 1989 Storm Data Publication and Thomas Grazulis in Significant Tornadoes and found the following differences: