This summary looks at a tornado that zipped through parts of Robertson and Sumner Counties in Tennessee.  It moved ESE from east of Orlinda to Fountain Head.  Approximately 500 buildings were hit with varying degrees of damage.  The heaviest damage was north of Main Street in Portland.  Utility poles were snapped.  Heads of cattle were killed.  Railroad signals with large concrete footings were pulled from the ground and blown away.  Although the SPC lists no injuries, Storm Data does have two injuries recorded.  A husband and wife were injured when their house trailer was blown over. 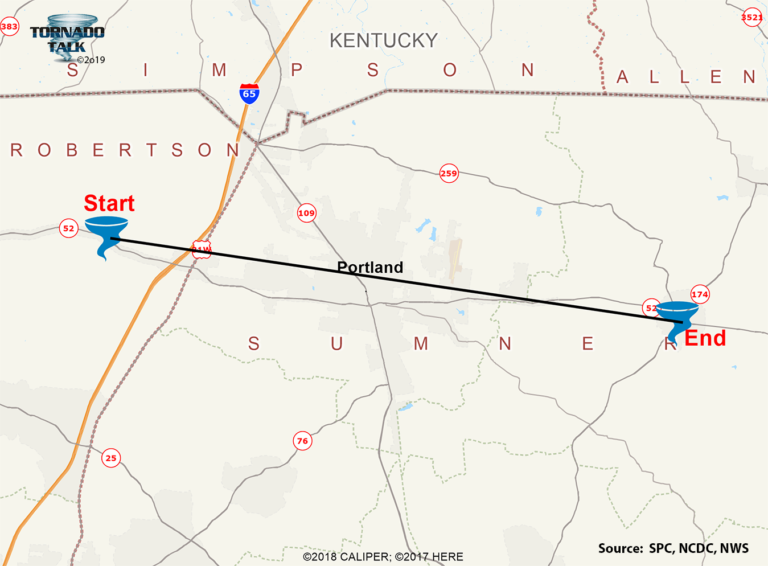 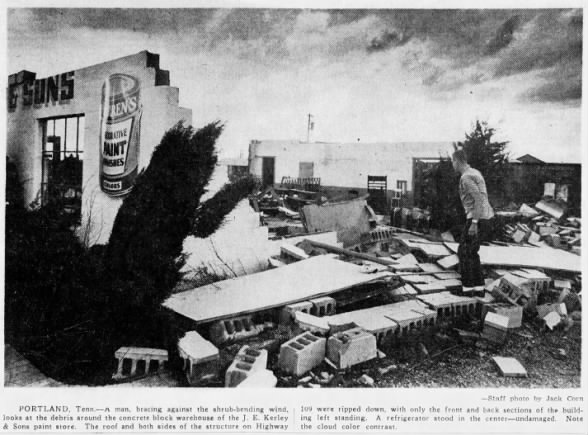 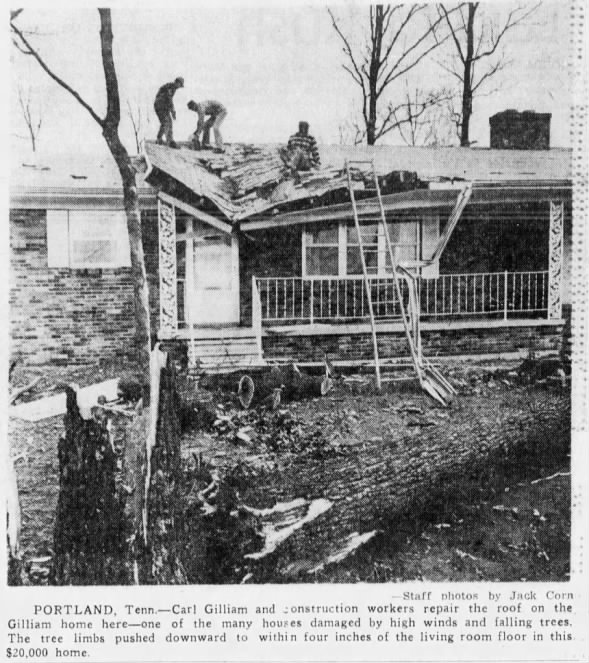 We gathered information for this event from the SPC & NCDC Databases, the March 1963 Storm Data Publication and Thomas Grazulis in Significant Tornadoes and found the following differences: