Another intriguing tornado event!  We look at the history surrounding an official F4 tornado in parts of Anoka County, MN, on July 3, 1983.  The Storm Prediction Center Tornado Database officially lists 26 tornadoes for this date, most in Wisconsin.  One tornado in Minnesota was rated F4.

Numerous storms caused damage across the northern Twin Cities suburbs.  Here is a snapshot from the NCDC Database of all the reports from Minnesota, followed by the Storm Data entry on the storms. Mainly wind damage was confirmed and one tornado.

I found a newspaper article that stated NWS meteorologists found no tornado in the damage that encompassed this entire region.  A “consulting meteorologist” said that there was at least one tornado he thought was based on damage in the Champlin area.  That is in Hennepin County.  Officially no tornado confirmed for that area, just wind damage.

In the midst of the wind damage, the NWS survey team at some point determined tornado damage in Anoka County in the Andover area.  They went F4 with the rating, the path length only 1 mile.  The width extremely small at 67 yards.  They stated numerous homes received major damage, with some homes only having the foundation left.

Could there have been other tornadoes in this area amidst the wind damage?  Possibly we will never know. 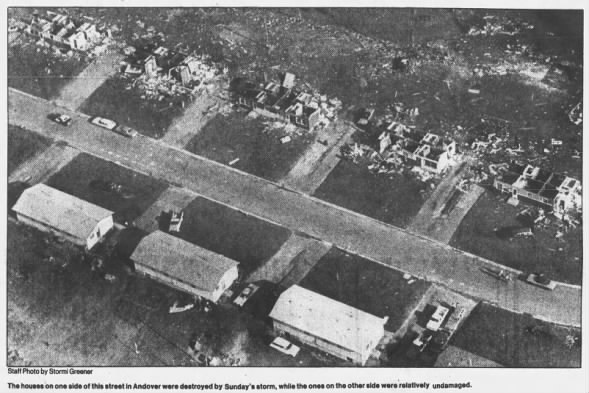 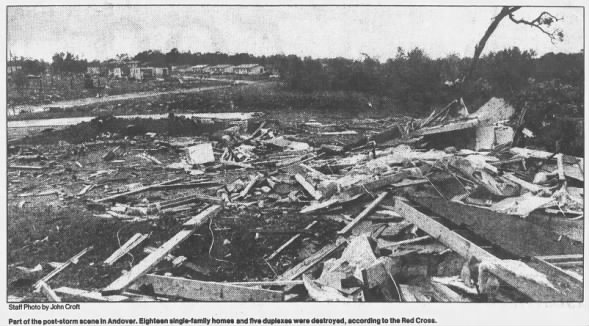 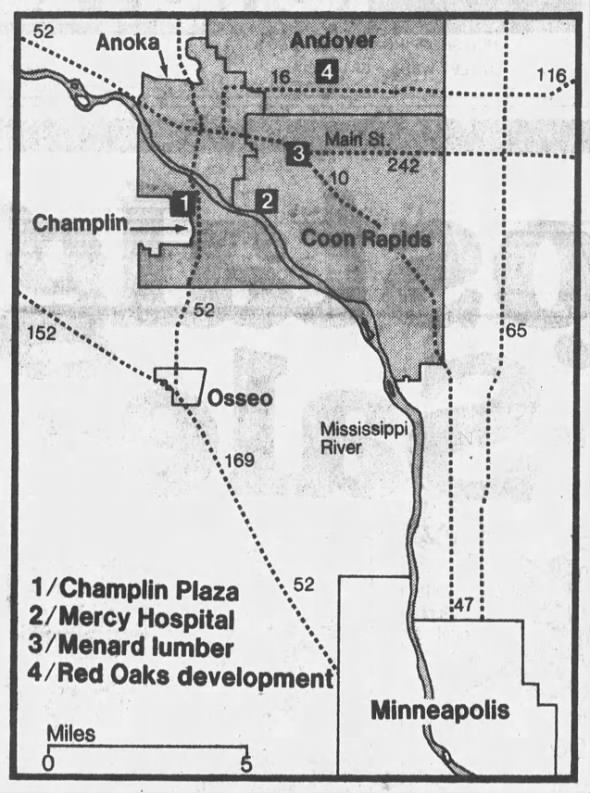 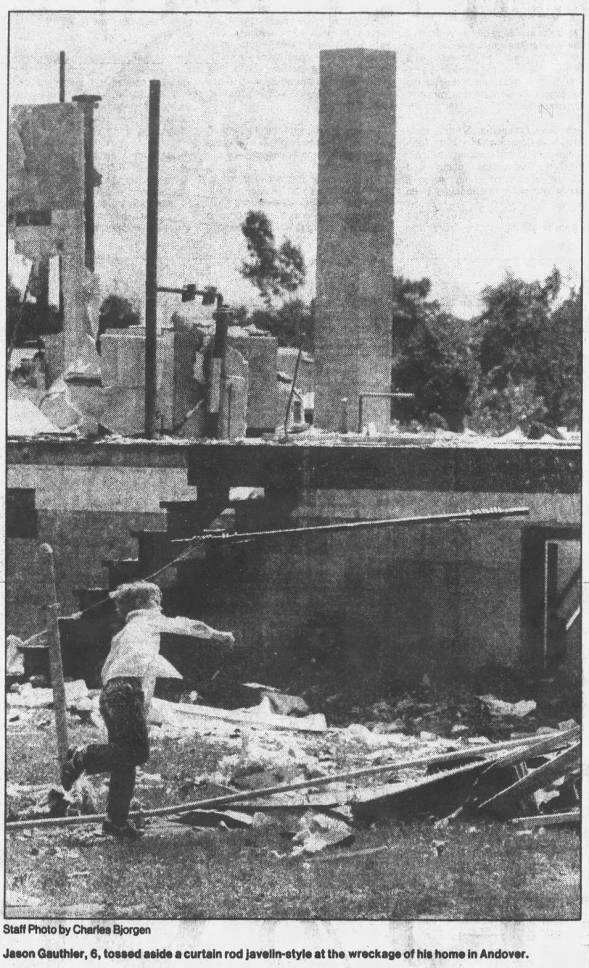 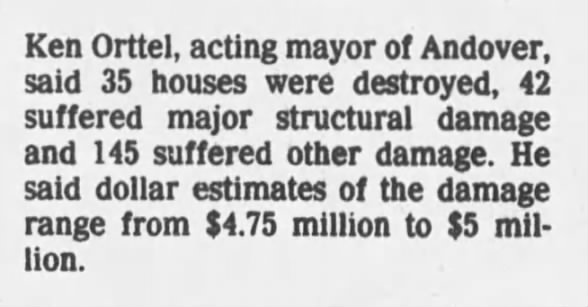 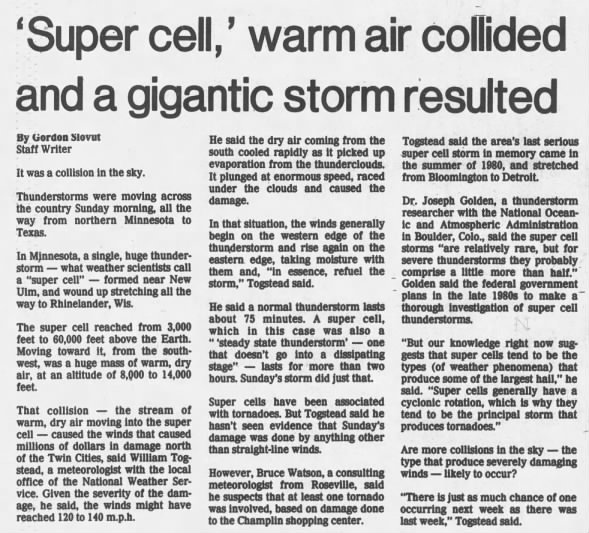 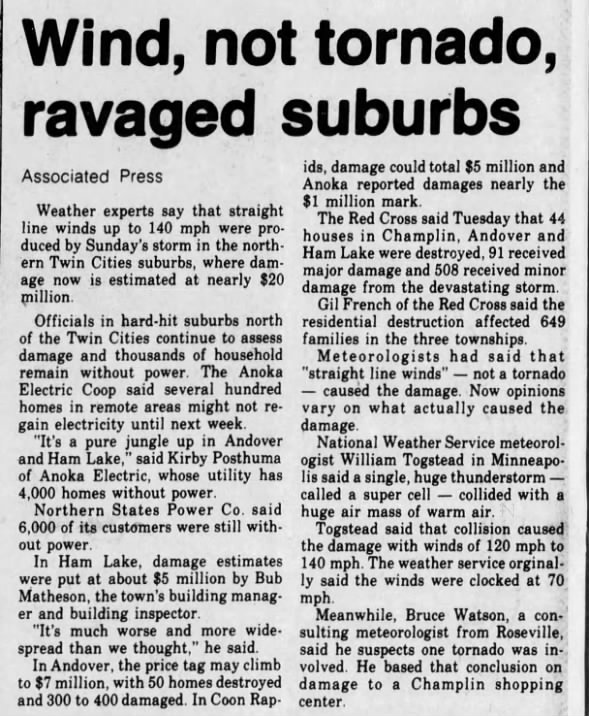 We gathered information for this event from the SPC & NCDC Databases, the July 1983 Storm Data Publication and Thomas Grazulis in Significant Tornadoes and found the following differences: