Today’s summary is a little different.  I am going back before official records and looking at a hurricane-spawned tornado that hit Apalachicola, FL on September 19, 1947.  Information for this event came from the following resources: 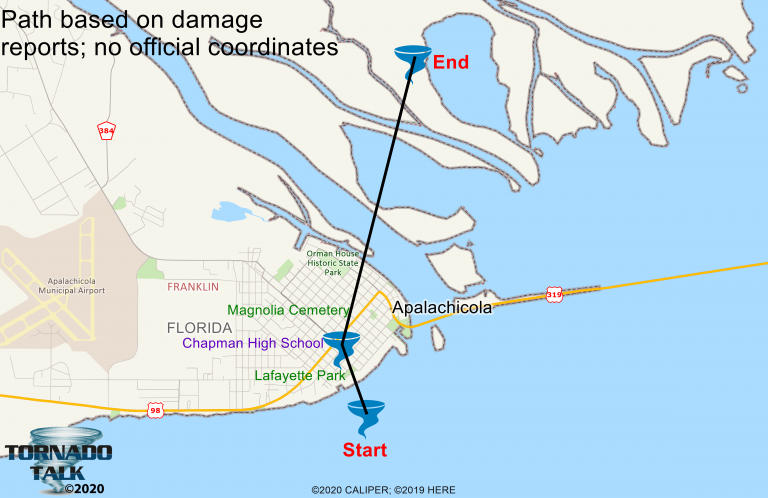 Since we don’t have official coordinates, we used the discriptions based on damage in newspapers and Thomas Grazulis in Significant Tornadoes to make this map. Grazulis lists a three mile path (the path shown here is 3 miles). The newspapers suggest the torando moved inland near Lafayette Park and moved north-northwest before veering toward the northeast near Chapman High School, and across the Magnolia Cemetery.

I found archived articles from the September 19, 1947 and September 26, 1947 editions of the Apalachicola Times.  Here are a few details:

“The full force of the tornado struck in Lafayette Park, with the homes of Mrs. Maudie Bragunier and R J Heyser being struck by the outer edge, hit direct at the home of George M Counts Jr., passed directly over the Chapman High School property, and did most of its damage after passing that point, toppling large trees and doing damage to homes in its path. Immediately beyond the school most every home in that area was either totally destroyed or received some damage out beyond the Magnolia cemetery, which cut a pathway of approximately 250 feet wide, and twisted trees, pulled them up by the roots, and moved parts of homes for several hundred yards before letting them down.  Beautiful Lafayette Park was made void of many of its beautiful trees which have been standing there for over a hundred years, and this tornado was said to have been the worst to ever strike in this vicinity.”

A 10-year-old African-American girl, Nancy Lou Banks was one of the casualties.  Per the article in the Apalachicola Times, she was “blown from the hands of her mother and received a crushed face from flying debris.”  A young African-Amercian man, Moses Lee Richard, died from his injuries a few days after the event.

In the December 1947 Monthly Weather Review, a preliminary report on tornadoes of the year is given.  161 tornadoes were reported that year.  25 were reported in Florida and this one on September 19 was considered “most disastrous”.  The report states that 2 persons were killed and 15 were injured.  The estimated property damage was $250,000. 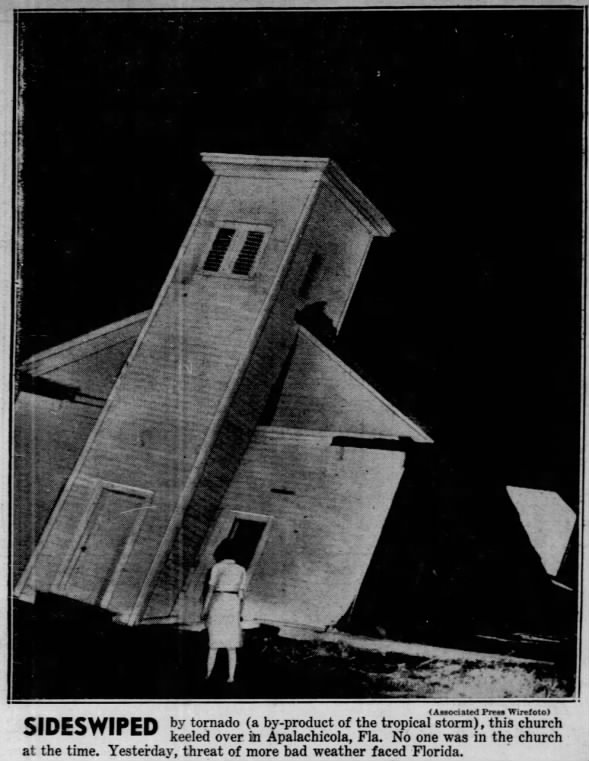 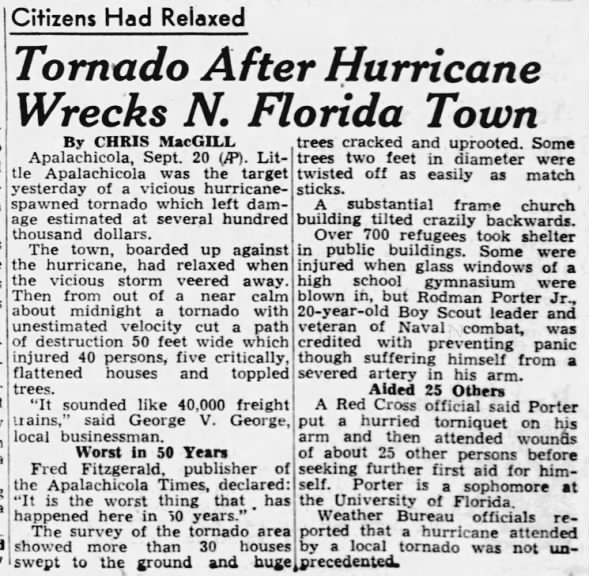 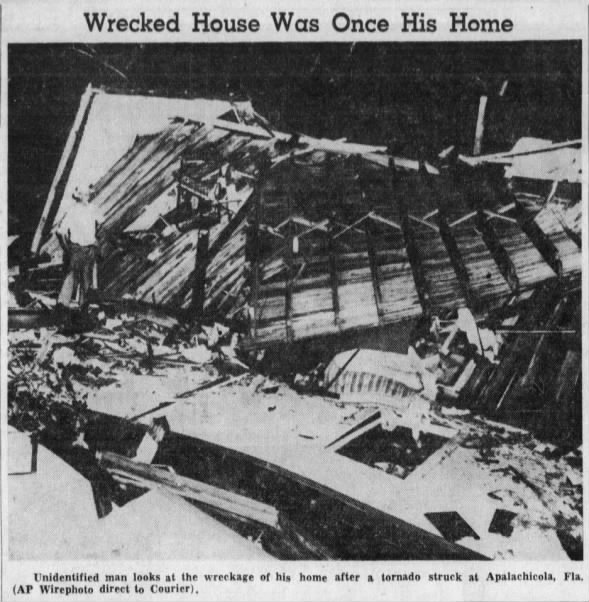