A substantial tornado outbreak swept across portions of the South throughout April 10, 2009. The strongest was an EF4 that rolled through the northern side of Murfreesboro. Major damage occurred, two people were killed, and over 50 others were injured. Read the full summary here!

April 10, 1922: An F4 tornado traveled 35 miles from five miles west of Miller, MO to just NE of Luck. A home was demolished at the beginning of the path. The owner was killed. Two more people died in their homes at Ash Grove. The school at Luck was struck and a 7-year-old student was killed. 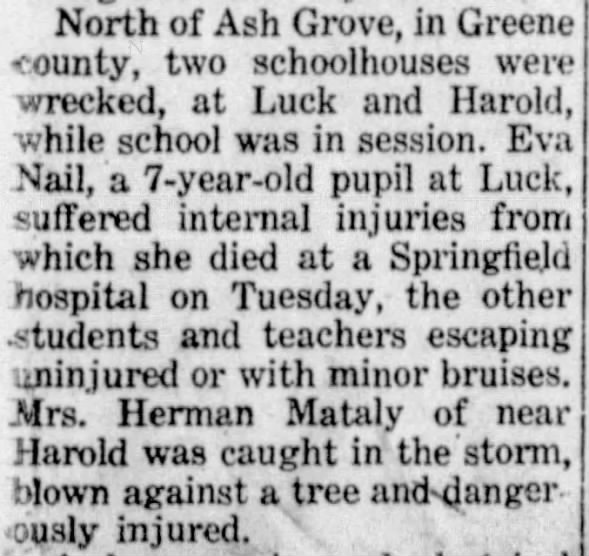 On this day in 2009, an EF3 tornado tracked 28 miles through parts of Marshall, Jackson, and DeKalb Counties in AL. Many homes were damaged or destroyed. Source.

On this day in 1935, severe dust storms swept across Kansas and Iowa. Source.

On this day in 1972: US, USSR & 70 other nations agree to ban biological weapons. Check out more historical events at onthisday.com!

John Madden was born on April 10, 1936, in Austin, Minnesota. He was a gridiron football coach and television commentator who was one of the best-known personalities in National Football League (NFL) history. In addition to his accomplishments in the NFL, Madden lent his name to a series of video games, Madden NFL, that became a cultural sensation. He died in 2021. Source:  Britannica.

On this day in 1953: “House of Wax” 1st color 3-D movie, premieres in New York. Get more daily history at onthisday.com!

On this day in 1982: Iron Maiden scored their first UK No.1 album with The Number Of The Beast. The bands third studio album saw the debut of vocalist Bruce Dickinson and the final appearance of the late drummer Clive Burr. This was their first album to reach No. 1 in the UK Albums Chart, and be certified platinum in the US. Get into the groove with more music trivia at thisdayinmusic.com!