A bit after midnight on April 20, 1973, an F3 tornado moved through parts of Pontotoc County, OK including the town of Ada. There were 21 injuries. Read the full summary here! 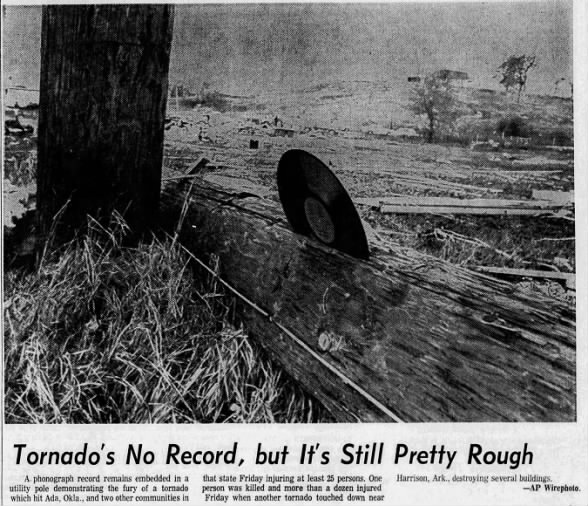 April 20, 1912: An F4 tornado crossed 15 miles through portions of Rush County, KS. Several farms were demolished near Rush Center. At Bison, half the town (about 50 homes) were heavily damaged. “An elderly man who made light of the storm was killed with his granddaugther on a farm 2m SW of Bison.” 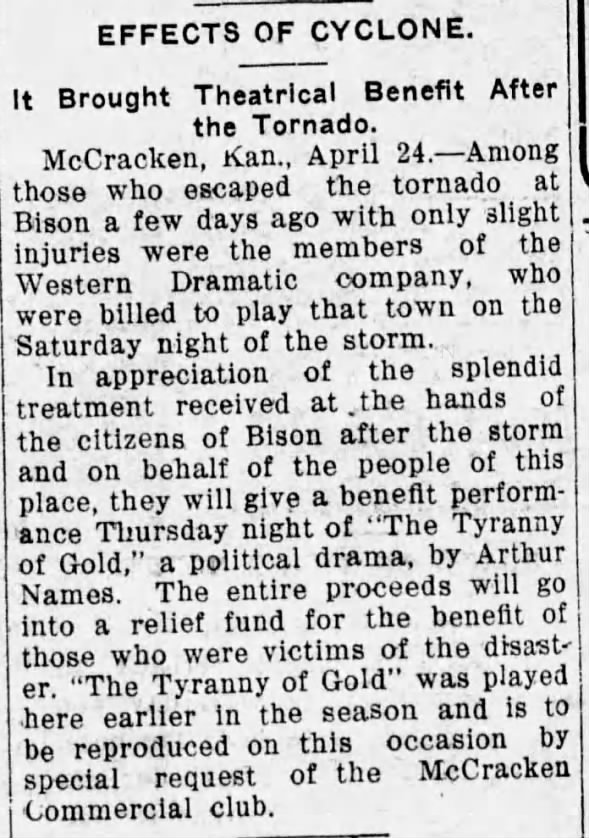 On this day in 2020 in Georgia: An EF2 tornado touched down just west of the Mitchell/Worth County line along South County Line Road, damaging a mobile home It moved northeast for 8.69 miles. Several single-family homes along Highway 112 and York Road. Source.

On this day in 2015, a supercell thundestorm dropped ping-pong ball sized hail in Altoona, PA which damaged numerous cars. A funnel cloud also formed, and remained aloft across Blair and Centre Counties for about 40 miles before touching down briefly as an EF0 tornado near Colyer Lake. Source.

On this day in 1981: Final performance of TV show “Soap” airs. Get more daily history at onthisday.com!