In today’s summary, we look at an outbreak of 8 tornadoes to hit parts of Arizona on October 6, 2010.  This was the largest number of tornadoes to hit the state in a single day since records began in 1950. Per the NCDC, Arizona on average receives four tornadoes annually.

From the NWS Flagstaff overview of the event, a strong area of low pressure over California pushed in tremendous moisture over Arizona on this day.  Combination of extremely strong vertical wind shear, instability and lift from the low pressure system helped to set the stage for supercells.

Here is a breakdown of the tornado ratings:

All but one of the eight tornadoes were in Coconino County.  Two tornadoes had long tracks of over 30 miles.  Some of the tracks were not continuous and some were hard to completely determine due to terrain.  There were no fatalities in connection with this outbreak.  There were 7 injuries from an EF2 near Bellemont.

I have included all of the NWS Flagstaff Event Narratives for the 8 tornadoes and a map of the tornado paths.

Event Narrative:  The US Forest Service and NWS reported a tornado damage path near Blue Ridge Ranger Station. Hundreds of ponderosa pines were blown over or snapped off. At least one alligator juniper that was 2 and a half feet in diameter was snapped off. Trees were down across Highway 87 between mile markers 296 and 298.

Damage from this tornado included:

-Over 100 homes damaged in Bellemont

-At least one business (RV Sales) with damage with 30+ RV units demolished and tossed onto Interstate 40.

-At least one overturned truck on the Interstate.

-Around 75 power poles knocked down.

-Semi trucks and trailers were overturned on I-40.

Event Narrative: Garjon Tank Tornado (6:50 – 7:14 AM MST): This tornado caused extensive forest damage south of Bellemont.  Based on severity of forest damage, this tornado is rated an EF-2.  There was some evidence of tornadic cycling with three individual tornadoes possible.  Tornado passed 2 miles west of the National Weather Service Office.

Event Narrative: Short path of significant tornado damage between two other tracks near the Mogollon Rim. 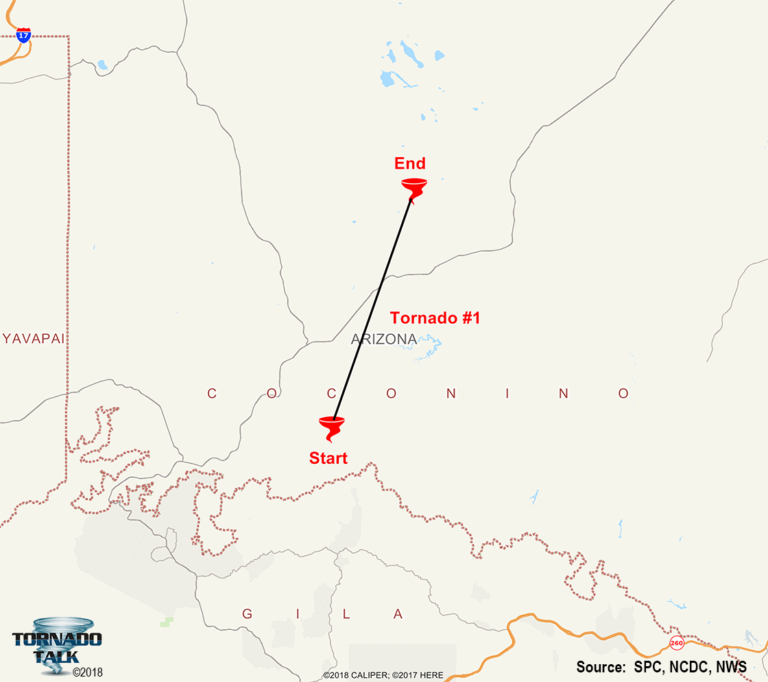 5 tornado tracks near Bellemont and Flagstaff 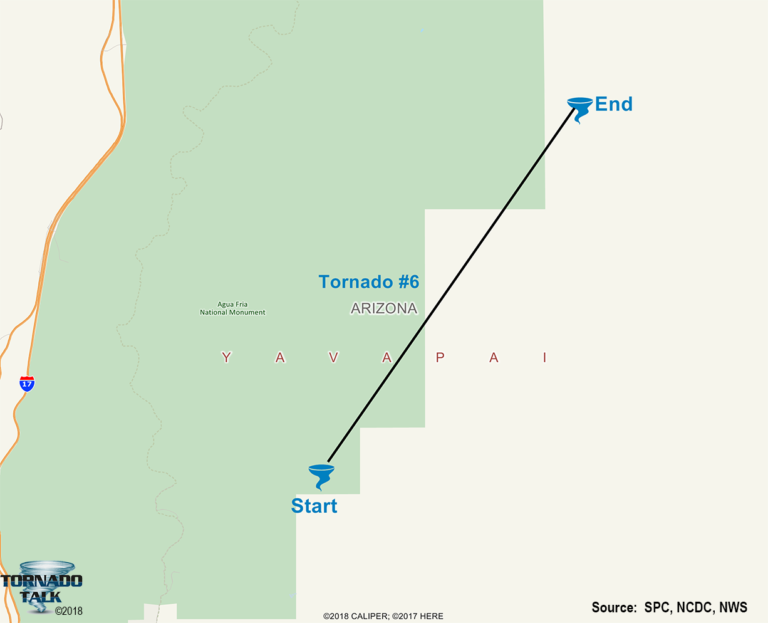 Images via NWS and Storm Data 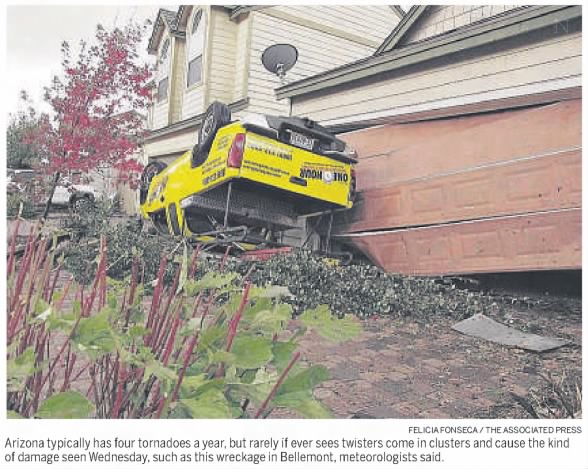 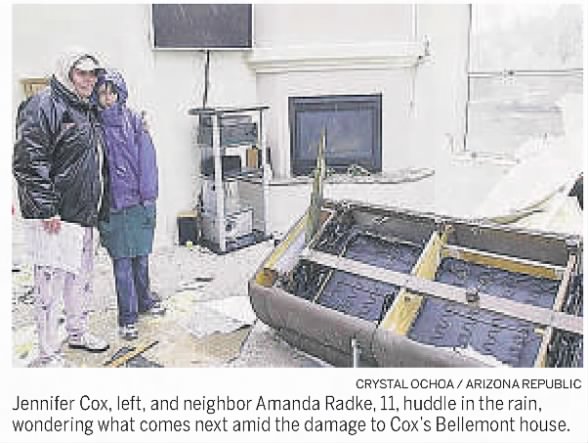 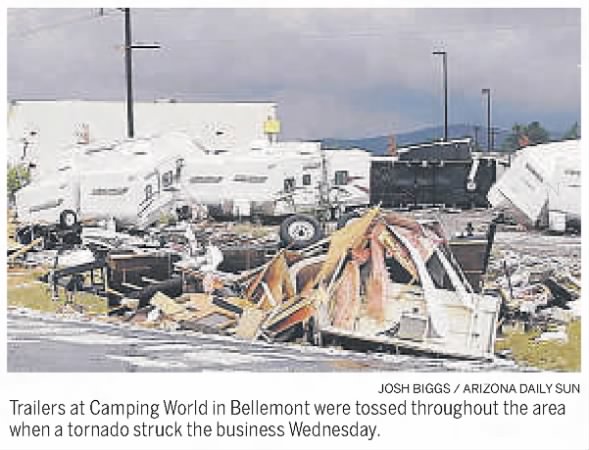