One of three tornadoes to move through parts of Illinois on March 4, 1961.  It was given a rating of F1. The tornado began its 51.5-mile track near Arrowsmith.  A house was knocked 20 feet off its foundation.  A woman was injured. Six other farmsteads were damaged.  There was heavy damage to several farms at Saybrook.  A 20 block section of Gibson City was hit.  A lumberyard was destroyed. Numerous farms were hit in Cissna Park and to the north of Hoopeston. 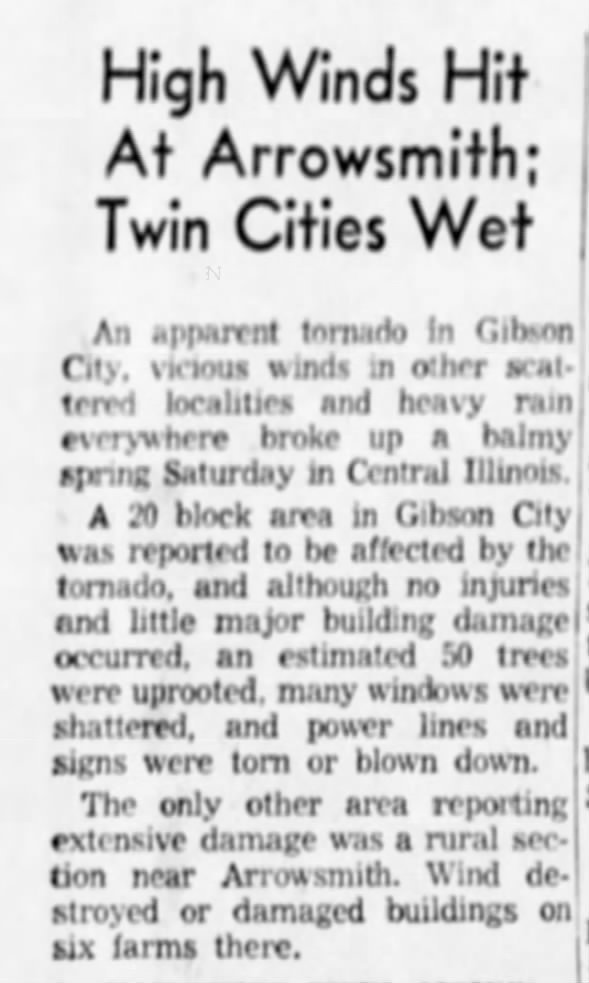 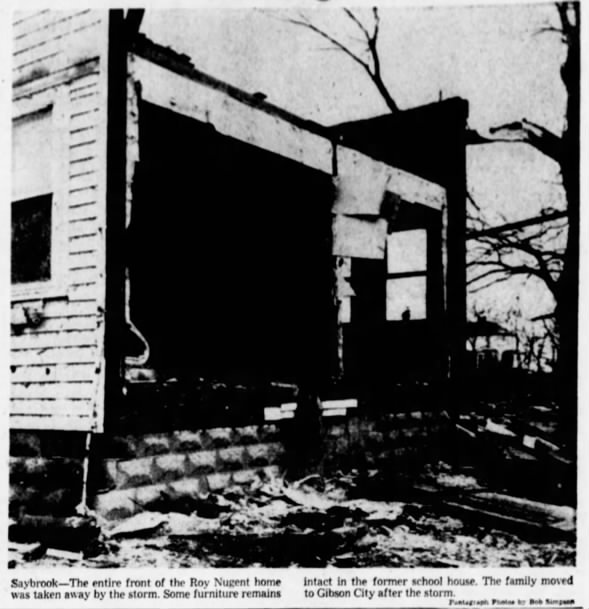 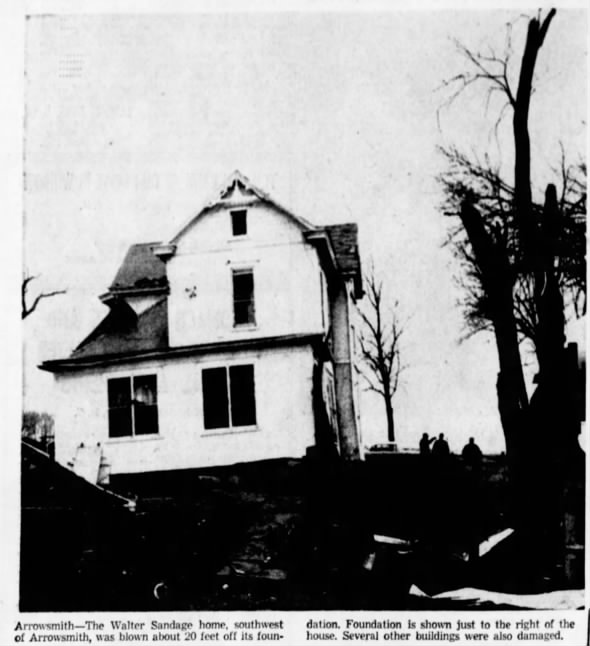 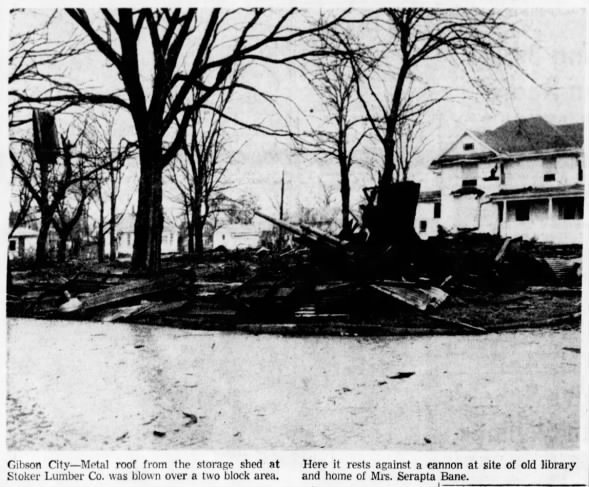 We gathered information for this event from the SPC & NCDC Databases and the March 1961 Storm Data Narrative and found the following differences: