A total of 9 tornadoes are found in the SPC Database for October 7, 1965. The strongest is listed as an F3 in Randolph County, NC.  When I looked up this event in Significant Tornadoes by Thomas Grazulis, I immediately saw a difference.  He has this event listed as an F1.

The Storm Data Narrative denotes this was a “small tornado” that was a part of a squall line.  The width is listed at 25 yards in their entry.  The main damage occurred to the Cricket Chair Company in South Asheboro.  The roof caved in and one wall collapsed. One workman, Mr. Clyde Whatley, was killed. Three other people in the building were injured as well as a fireman.  Owner and operator of the company Jesse Councilman was interviewed in the October 8, 1965 edition of The High Point Enterprise.  He was in the building with the tornado hit and stated “stacks of wood chair frames were what saved him and some 10 other employees who were in the building at the time.”  The only warning they had was “a whoosing sound and the buckling of the roof.”

Next to the chair company was Allen Supply Company.  Per The High Point Enterprise, it received roof damage.  No other damage was denoted by Storm Data except that to a few trees that were either blown down or snapped. 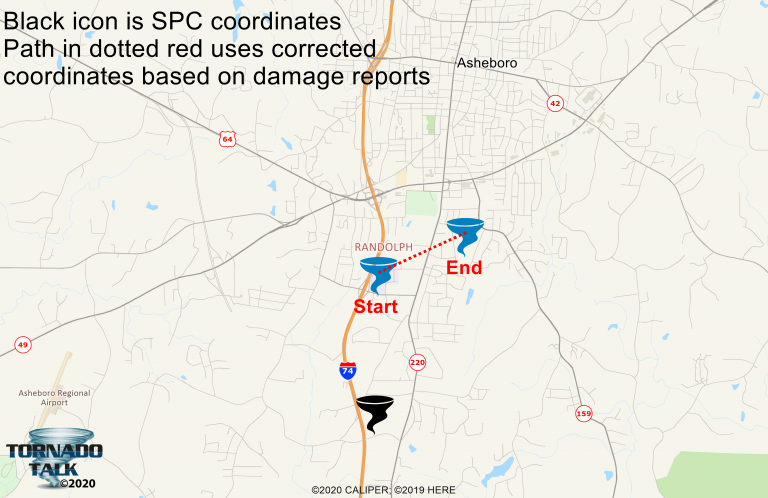 Corrected Coordinates based on damage reports. 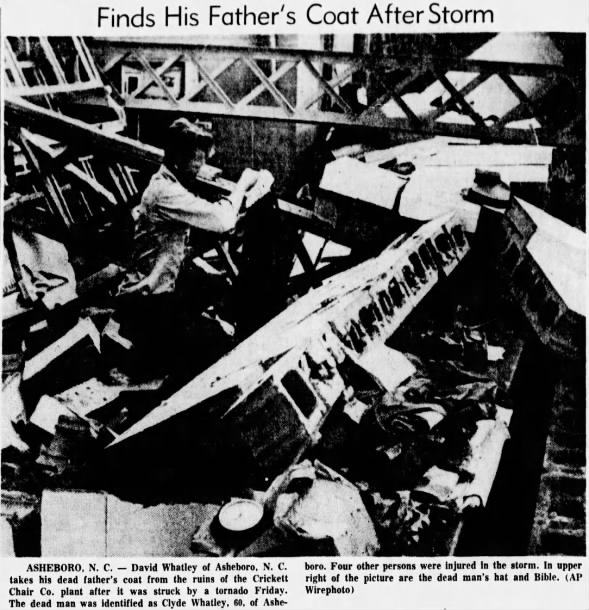 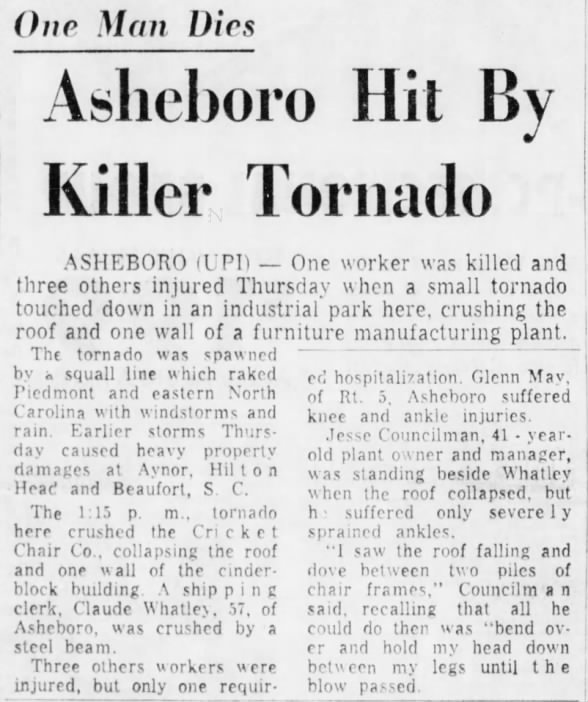 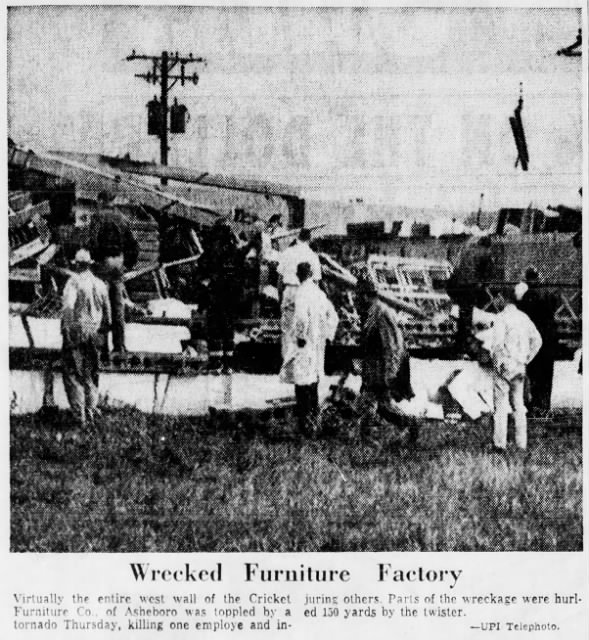 We gathered information for this event from the SPC & NCDC Databases, the October 1965 Storm Data Publication and Thomas Grazulis in Significant Tornadoes and found the following differences: