This long track tornado was one of 21 that occurred on November 16, 2011. It began in NE Macon County south of Notasulga and moved northeast. There was extensive tree damage and about a dozen mobile homes were damaged along County Road 54.

The tornado moved into Lee County one mile southwest of Lee Road 3.  It traveled over 30 miles through the county. There was significant damage in Auburn. Several houses and mobile homes on the west side of town were damaged by falling trees.  The Terrace Acres Neighborhood was especially hit hard.  A female and child were injured in one of those damaged mobile homes.

The tornado moved across the southern part of the Auburn University Campus.  There was damage to the baseball facility of the high school and to homes nearby. At Lake Harding, numerous homes and boathouses had damage.

Throughout its time in Alabama, the tornado damage was consistent with an EF1 rating. As the tornado crossed state lines into Harris County, GA, the NWS confirmed EF2 damage. This occurred in the town of Hamilton. Two homes were completely destroyed and 68 other structures had damage. There was damage to the Harris County School Complex, Harris County 911 and the county animal shelter.  A man and his wife sustained minor injuries in their damaged mobile home.  Along the path, hundreds of trees were snapped or uprooted. The tornado path length in Harris County was 26 miles and the maximum wind speed was estimated at 125 mph.

The tornado crossed into extreme Northwest Talbot County.  It had weakened to an EF1 at this point and most of the damage during its two mile trek in this county was to trees and power lines. 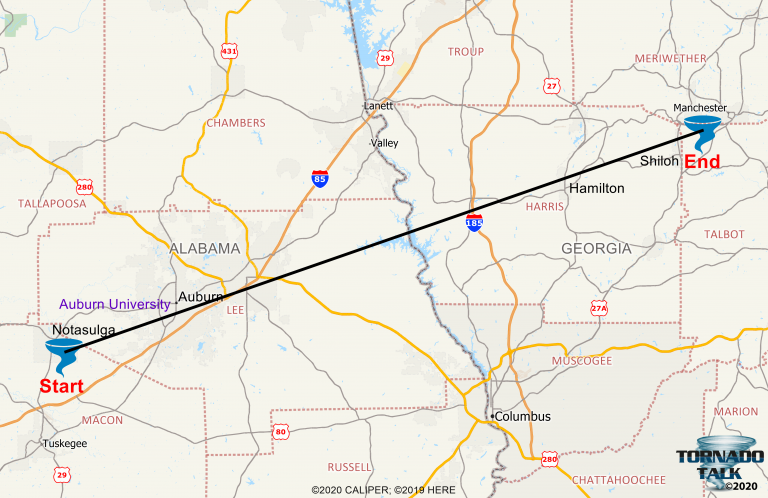 0.5 degree reflectivity data from KMXX beginning at 1152 am and ending at 1236 pm as the circulation passed from Macon County, through Lee County and into Georgia

0.5 degree velocity (SRM) data from KMXX beginning at 1152 am and ending at 1236 pm as the circulation passed from Macon County, through Lee County and into Georgia 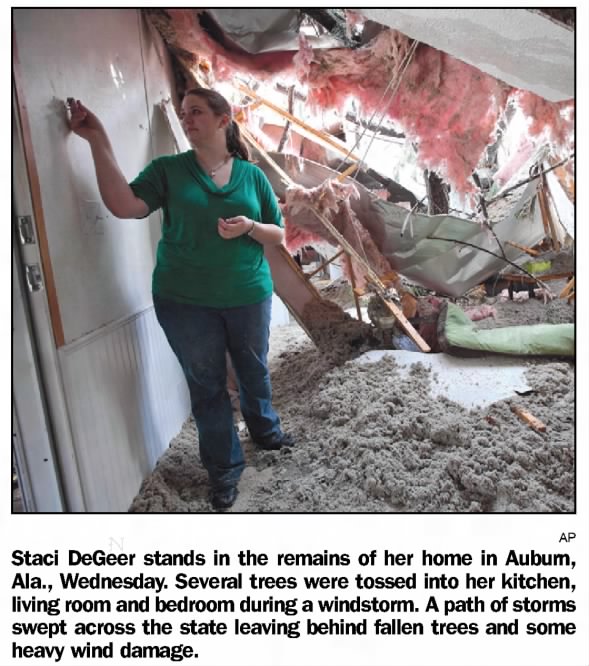 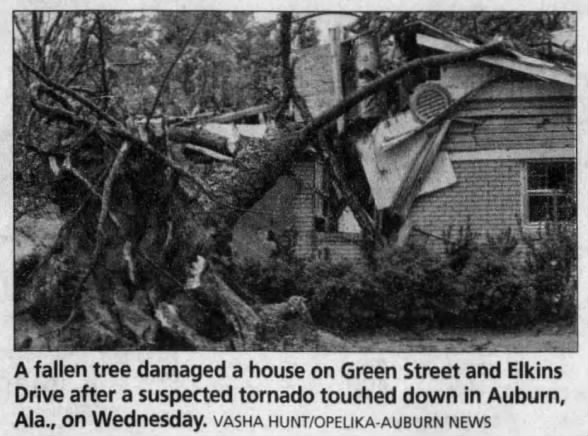 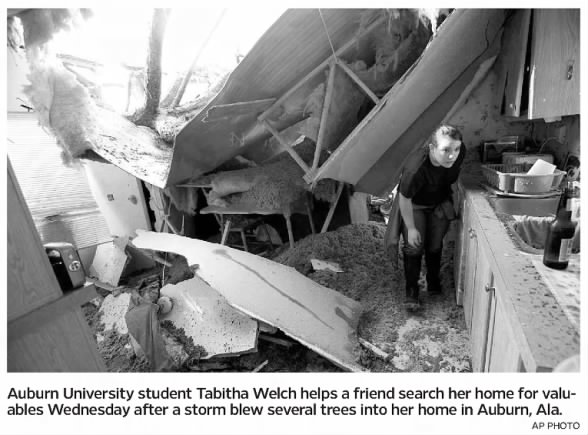