August 20, 1914: A brief but intense tornado ripped through Wilkes-Barre, PA. A total of 25 homes were completely destroyed and over 100 others were damaged. Seven were killed and 75 injured. Read the full summary here! 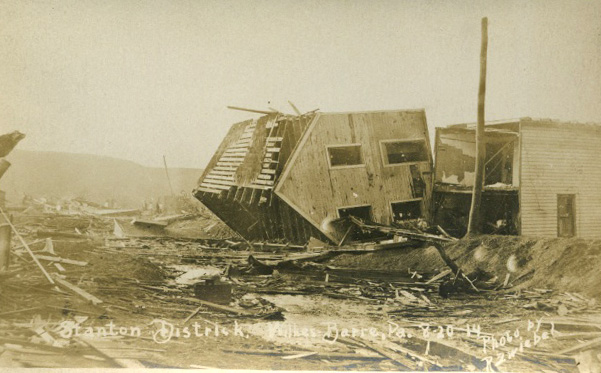 A house that was thrown onto its side. Photo via Stu Beitler.

August 20, 1928: Grazulis documented an F4 tornado that moved 40 miles from near the Iowa-Minnesota state line, passing NW of Emmons, hitting just south of Twin Lakes and just north of Glenville. “Near Glenville, damage was near-F5 as an entire farm was swept away.” One woman was killed near Glenville and five others were killed at Austin. 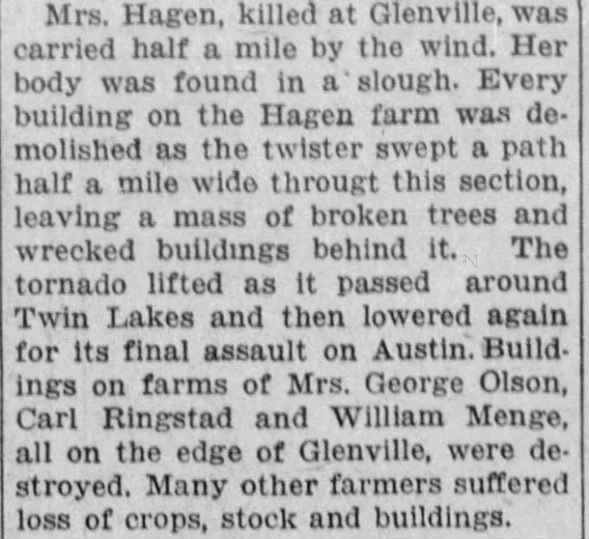 A QLCS moved across Iowa on the early morning hours of August 20, 2019. It produced four tornadoes. The strongest was an EF3 that hit near Lacona. Metal buildings were leveled. Get more information on this event from the NWS Des Moines.

On August 20, 1886, a Category 4 hurricane made landfall in Indianola, Texas. The town was destroyed and never rebuilt. At least 74 people were killed. As of the time of writing, this ranks as the 8th most intense hurricane at landfall in the United States. For more information click here.

In 1866, President Andrew Johnson formally declared that the U.S. Civil War is over. Check out more historical events at onthisday.com!

Benjamin Harrison, the 23rd President of the United States was born on this day in 1833, in North Bend, OH. Source:  Britannica.

“This Is Us”, the 3D concert film of the music group One Direction, directed by Morgan Spurlock premiered in London. Get more daily history at onthisday.com!

On this day in 2020, American rock drummer Frankie Banali died from pancreatic cancer age 68. He is most widely known for his work with multi-platinum heavy metal band Quiet Riot. Get into the groove with more music trivia at thisdayinmusic.com!