The first tornado on record to cause fatalities in Arizona occurred on August 27, 1964. It was a quick-hitting twister, later rated F2 and moved through an Indian Settlement near the San Xavier Mission about 4 miles from Tucson. Mrs. Lucy Norris and her 9-month-old son, Marcian were killed. Read our summary here! 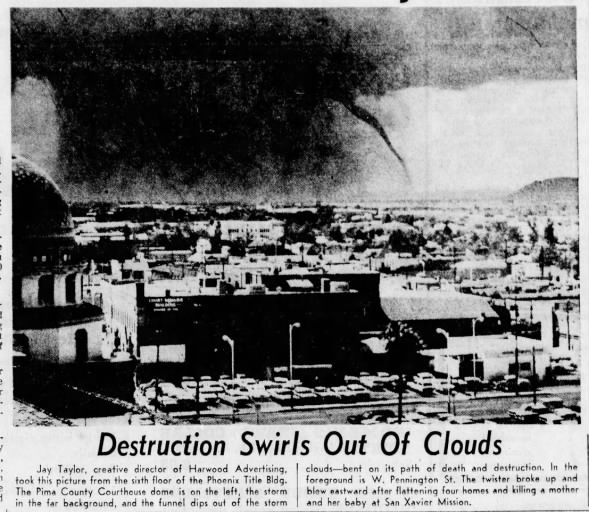 August 27, 1854: A significant tornado moved through Louisville, KY.  At least 25 people were killed, most in the destruction of the Third Presbyterian Church at Walnut and 11th Streets.  Many buildings were destroyed including an orphan asylum, a hemp factory and a school. A new steamboat was wrecked. 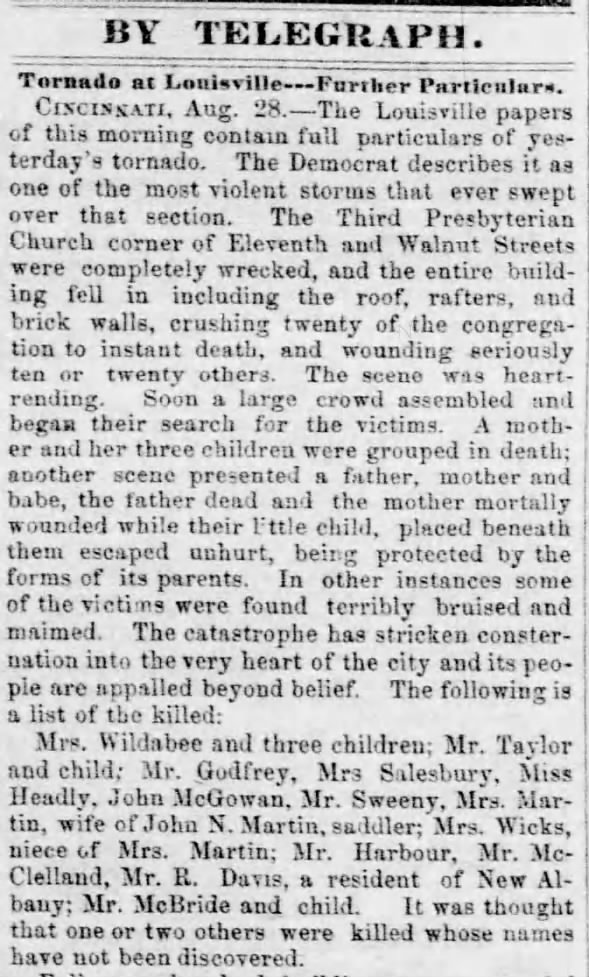 August 27, 2016, in Traill County, ND. An EF3 tornado tracked for 3 miles between Hillsboro and Cummings. Grain bins were knocked over, and a well-built house was torn apart. For more information, check out the write up from NWS Grand Forks.

The Krakatoa Volcano violently erupted on August 27, 1883. Over 36,000 people were killed by the volcano and the tsunami that was generated by the explosion. The sound created when it erupted is the loudest noise observed at the time. At 100 miles away, the sound registered 180 decibels! The amount of ash thrown into the atmosphere was so much that the sky was darkened for months worldwide. For more information on this cataclysmic event, click here.

In 1783, the first hydrogen balloon flight (unmanned); reached an altitude of 900 meters. Check out more historical events at onthisday.com!

Ed Gein, American serial killer who was the inspiration for the films “Psycho” and “The Texas Chainsaw Massacre”, was born on this day in 1906 in Plainfield, Wisconsin. Source:  Britannica.