A total of 12 tornadoes pushed across parts of Texas and Louisiana on October 28, 1974.  We look at a tornado given an official rating of F3 that hit Baytown, TX.  Thomas Grazulis in Significant Tornadoes has a rating of F2. The tornado hit the south end of the Baytown tunnel at rush hour.  A tunnel guard described the event, “It was just like a big vacuum cleaner.”  At least a dozen cars were picked up at the end of the tunnel.  A Department of Public Safety patrolman was quoted as saying, The tornado was full of water and it picked up 12 cars and threw them against each other and against the walls at the entrance to the tunnel.”  (The Town Talk, Alexandria Rapids, LA, October 29, 1974).  Mr. Theo Hines was killed when his car was picked up and thrown over a 20-foot wall.  Seven houses had a varying degree of damage.  A maintenance garage was destroyed and the canopy was torn from a gas station. 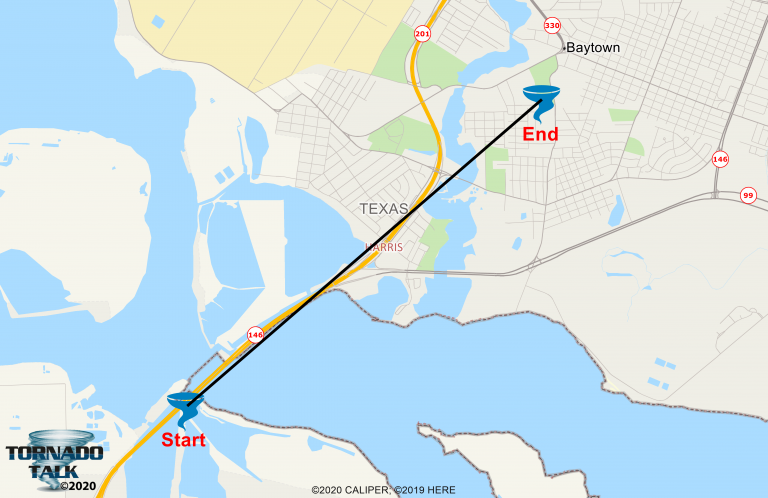 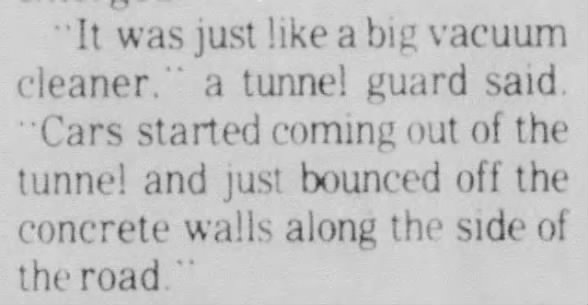 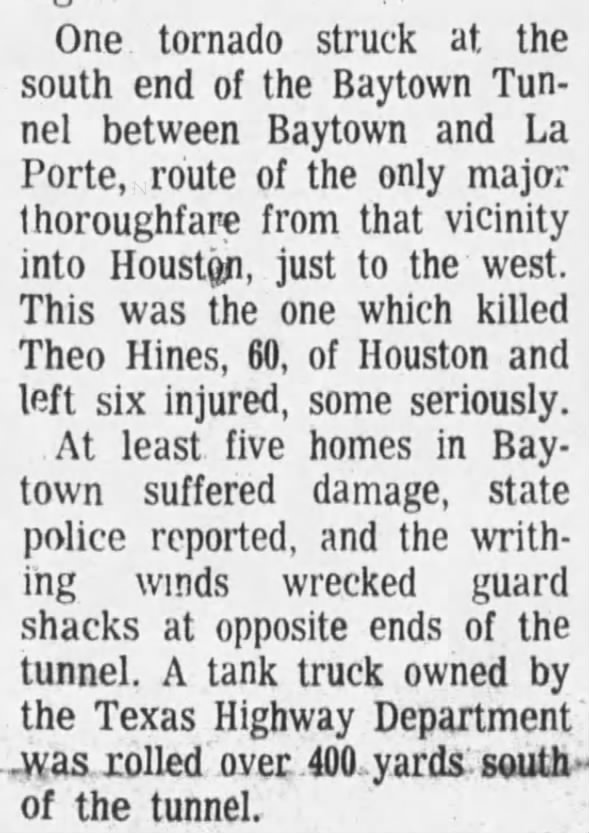 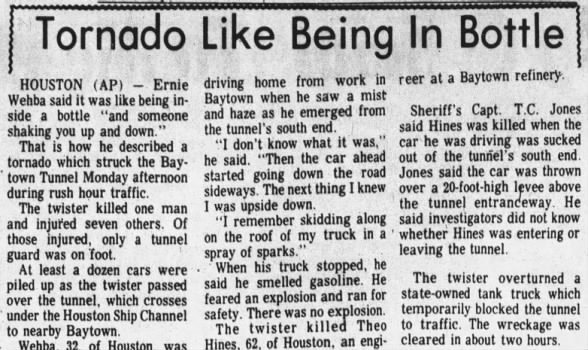 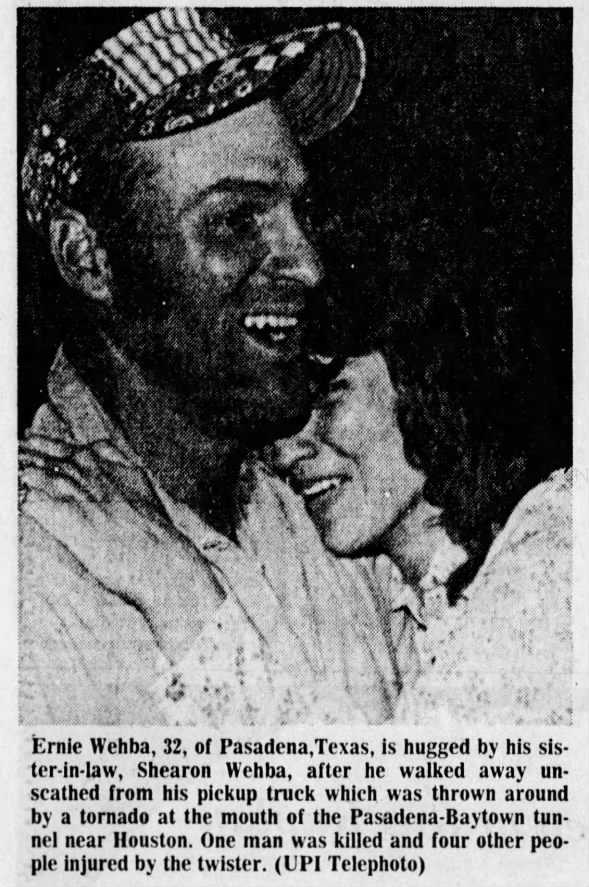 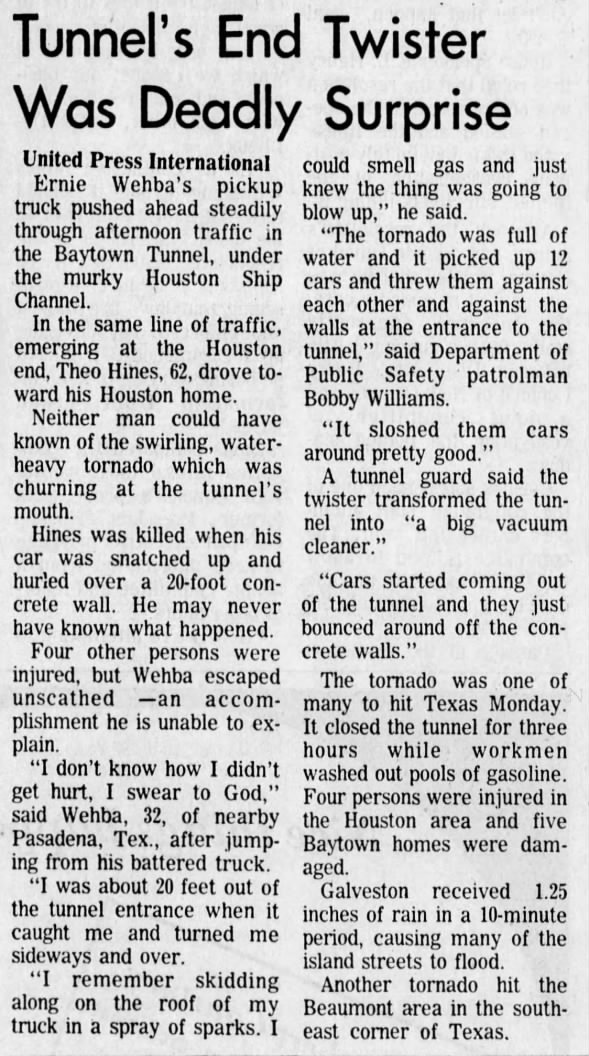 We gathered information for this event from the SPC & NCDC Databases, the October 1974 Storm Data Publication and Thomas Grazulis in Significant Tornadoes and found the following differences: