This summary looks at one of 15 tornadoes that hit on January 13, 2006. All were rated F0 or F1. The Belleville tornado is the only one that caused a fatality.

This F1 tornado developed along County Road 15 just south of Belleville. It tracked to the NNE over US Highway 84 and dissipated after just traveling one mile. There was damage on both sides of Highway 84. Per the survey, three homes were destroyed and 15 other structures were damaged. Eight vehicles were damaged. Numerous trees and power lines were brought down. The Belleville fire department was destroyed. “Only one cinder block wall was left standing at the station.” A woman was killed in her home. 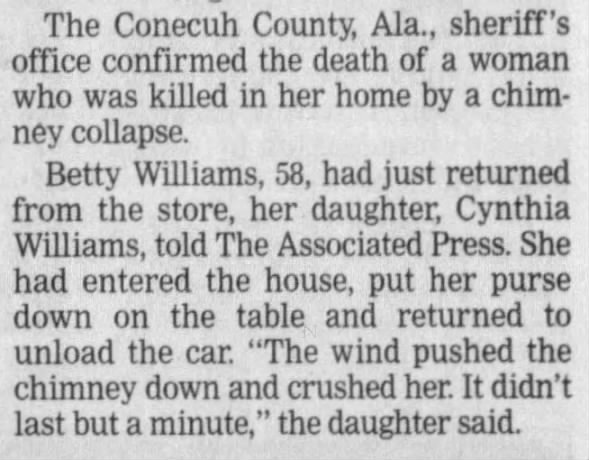 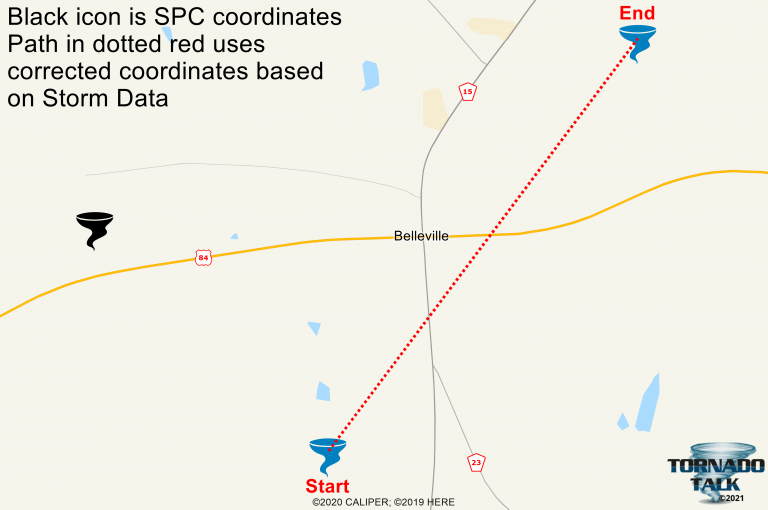 Corrected coordinates based on Storm Data: 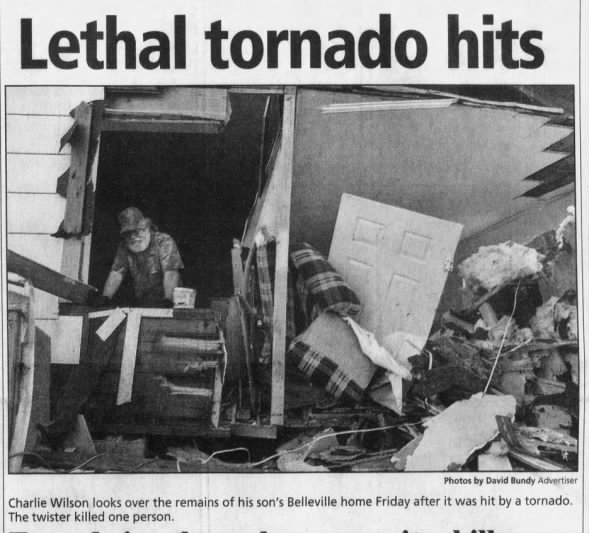 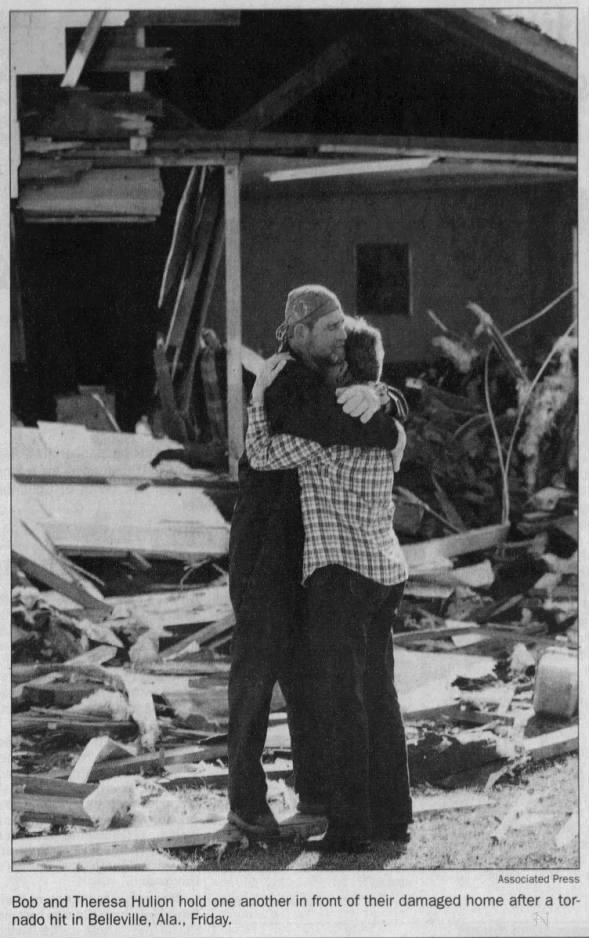 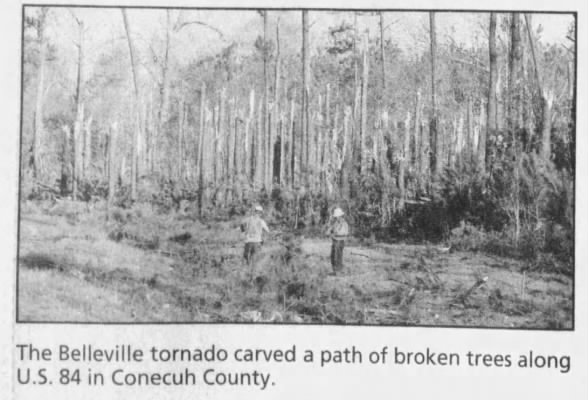 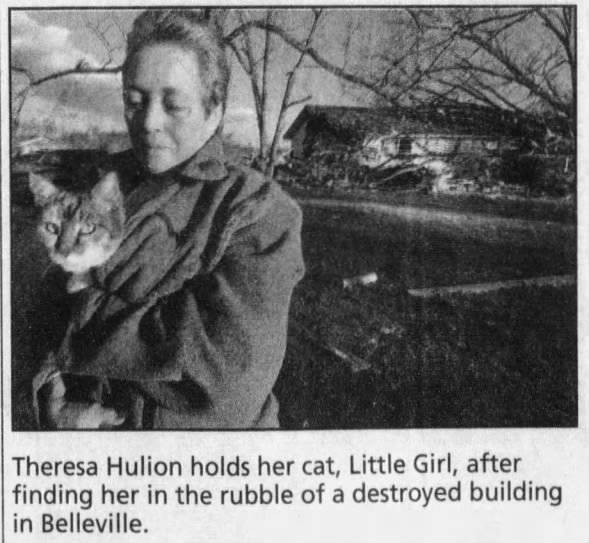