Only two tornadoes are a part of the SPC database for March 5, 1963.  Both were in Alabama, and one was significant.  It was given a rating of F4.  Thomas Grazulis in Significant Tornadoes, though, believes the damage was more consistent with an F3 rating.

It hit in the extreme SW part of Bessemer and then moved through the downtown area.  It then moved to the northeast through parts of Homewood and Mountain Brook.  Per the event’s summary, most of the damage was in the first 2 miles of the tornado’s path in Bessemer.  200+ buildings were damaged, 29 were destroyed, and 25 had major damage.  Outside of Bessemer, 40 buildings were damaged.  There were 35 injuries and no fatalities. 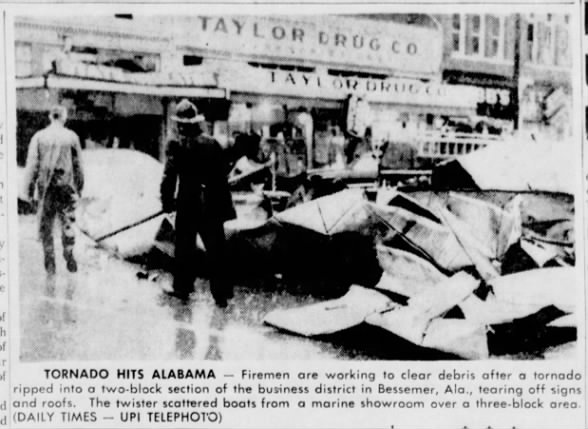 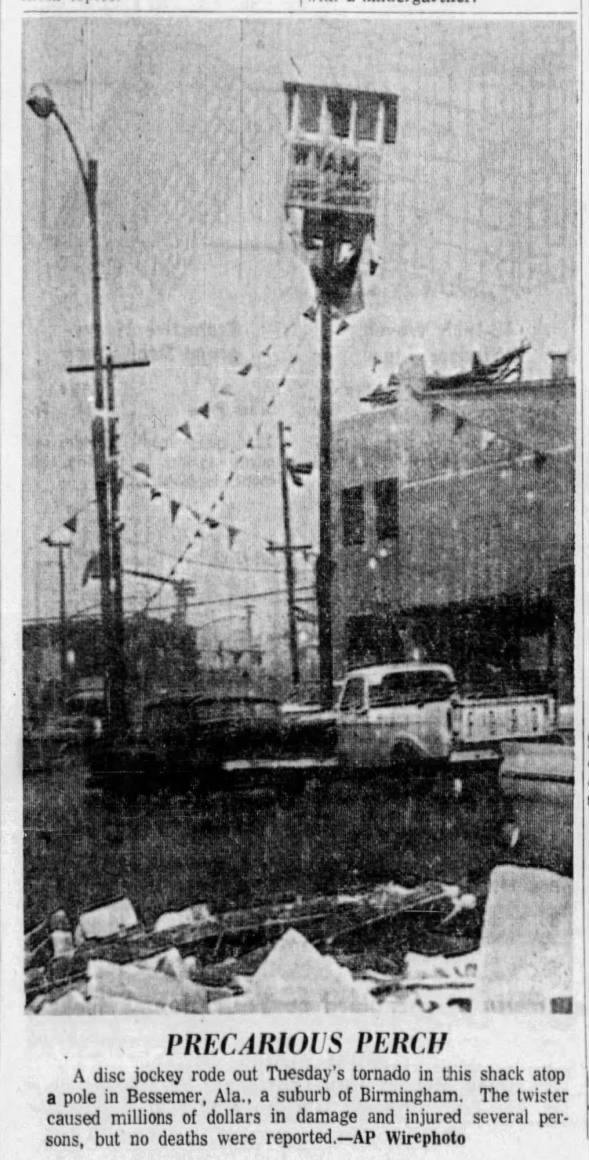 We gathered information for this event from the SPC & NCDC Databases, the March 1963 Storm Data Narrative and Thomas Grazulis in Significant Tornadoes and found the following differences: