9 tornadoes were confirmed on April 9, 1999.  Most were in Indiana and Ohio but there was an F1 in Spotsylvania County, VA.  The strongest tornado for the day is the subject of this summary.  It was an F4 that traveled 10 miles through parts of Hamilton and Warren Counties in OH.  There were 65 injuries and 4 fatalities reported.

Damage information from the NWS:
The tornado began with F2 intensity in Blue Ash in the northeast corner of the county. It moved through Montgomery, Symmes Township, and Loveland before entering Warren county.  The intensity of the tornado was F2 and F3 at many points along the track, intensifying to a low end F4 while in Montgomery.  The width of the tornado ranged from 100 yards to 1/4 mile wide.  Four fatalities occurred; two in a home and the other two in vehicles.  About 91 homes and apartments were destroyed along with 37 businesses.  Additionally, 197 homes and apartments suffered major damage with 477 others also incurring damage.  Twenty six businesses had major damage with 18 others also incurring damage.   The tornado crossed from Hamilton county through southeast Deerfield Township and across the Little Miami River. The tornado damaged several houses, hundreds of mature trees, along with garages and barns.

Radar and Damage Photos Via the NWS Wilmington, OH 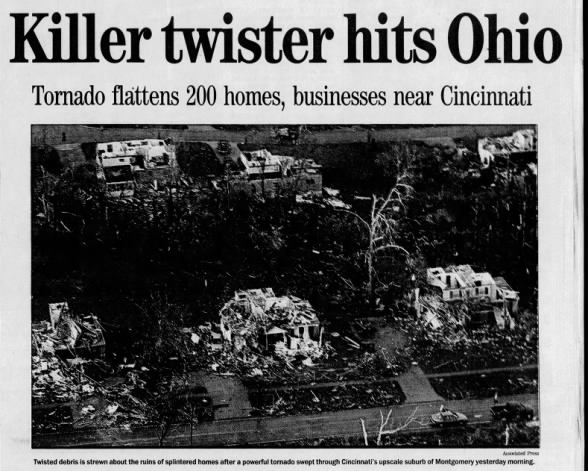 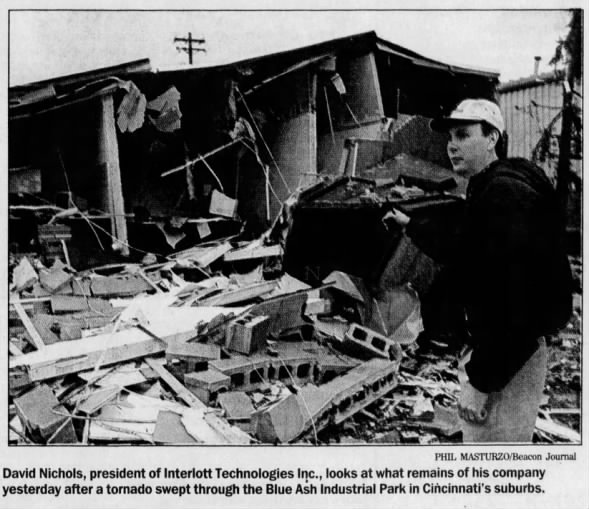 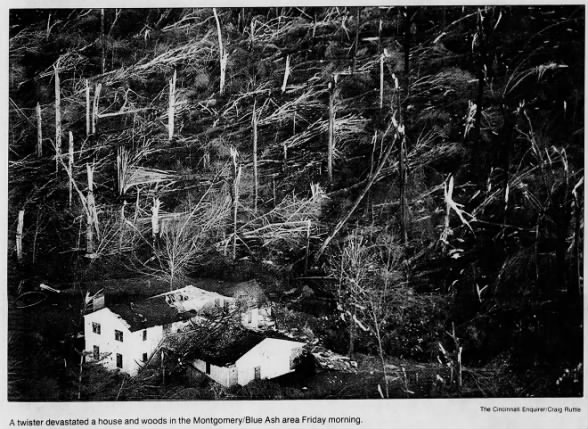 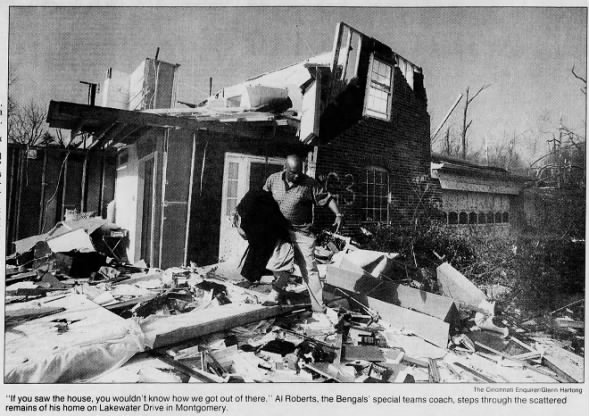 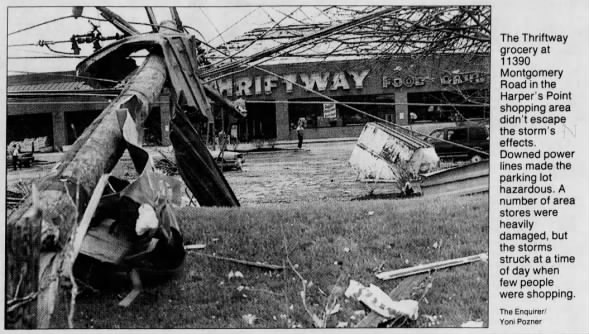 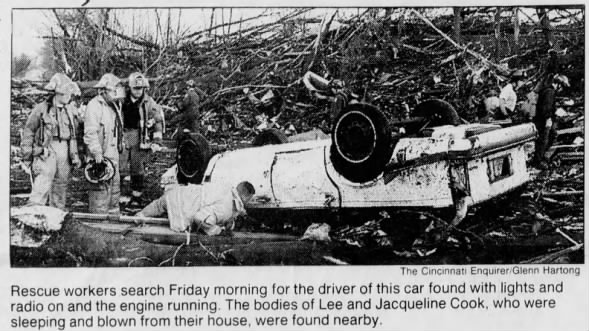 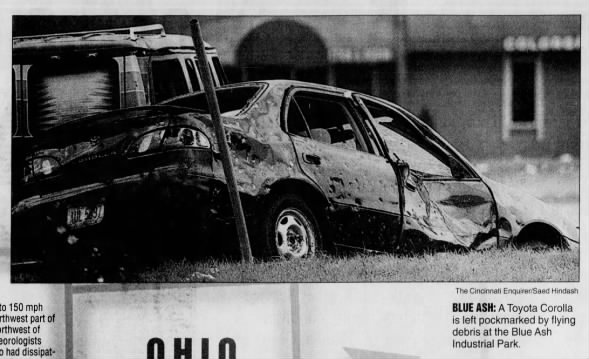 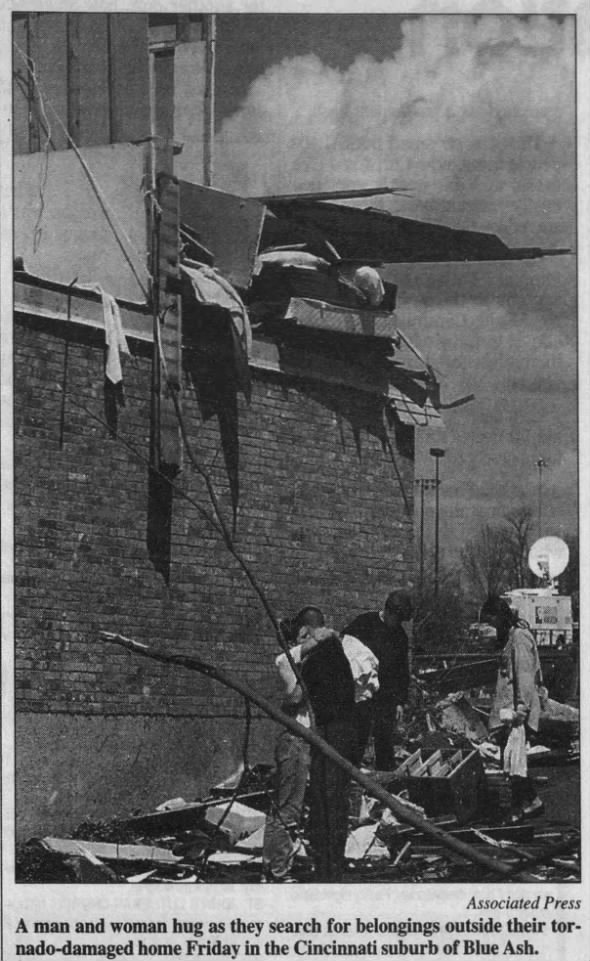 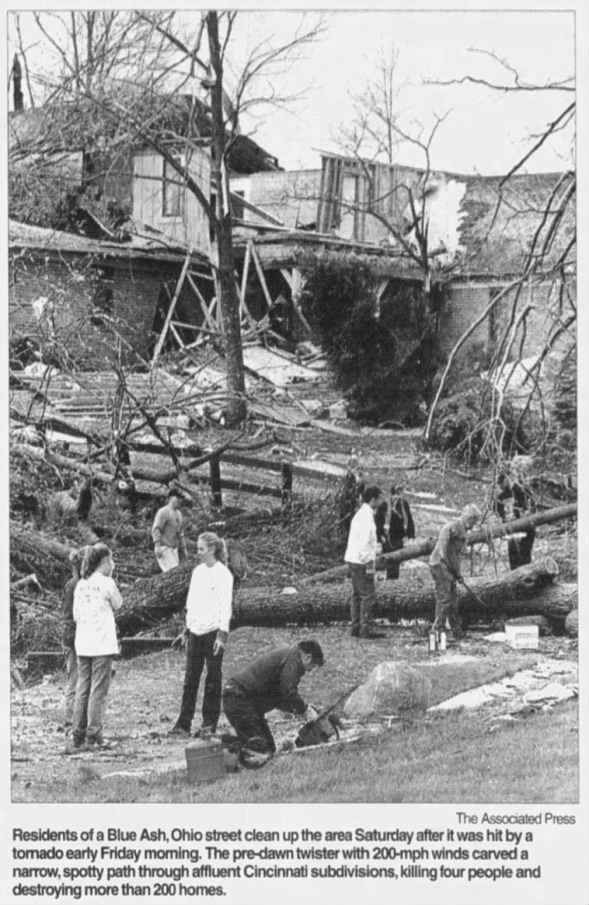 We gathered information for this event from the SPC & NCDC Databases, the April 1999 Storm Data Publication and a Summary from the NWS Wilmington and found the following differences: