Thirteen tornadoes were recorded during the early morning hours of December 3, 1978. The strongest was an F4 tornado that developed at 1:50am CT in the Central Park area of Bossier City, LA.  In a summary from the NWS Shreveport, “The Bossier City tornado was spawned from a supercell thunderstorm which developed in Deep East Texas ahead of a squall line.”  Per Thomas Grazulis in Significant Tornadoes, the tornado developed near the point where an F2 tornado on April 17, 1978 ended.

It moved northeast crossing I-20 and affected businesses and homes along Benton Road and Airline Drive. It then moved into a sparsely populated area east of Airline Drive and north of US-80 and into the Meadowview area.

The tornado destroyed parts of Meadowview Elementary School. Several 700 lb. I-beam structures were carried several hundred feet and then “firmly planted into the ground.” On La Don Drive, there were two fatalities.  An automobile was tossed into a home killing sisters Jana Lynn and Lisa Renee Currington, ages 8 and 13 who were sleeping.

The National Guard Armory was destroyed as well as the Northwest Louisiana State School. Home damage occurred in the Stockwell Place and Carriage Oaks area. The tornado lifted near Red Chute Bayou. Over $100 million in damage resulted from this tornado.

From Fujita’s preliminary report after the survey:  “From a meteorological and engineering point of view, the Bossier City tornado has provided us with new knowledge on tornado winds: 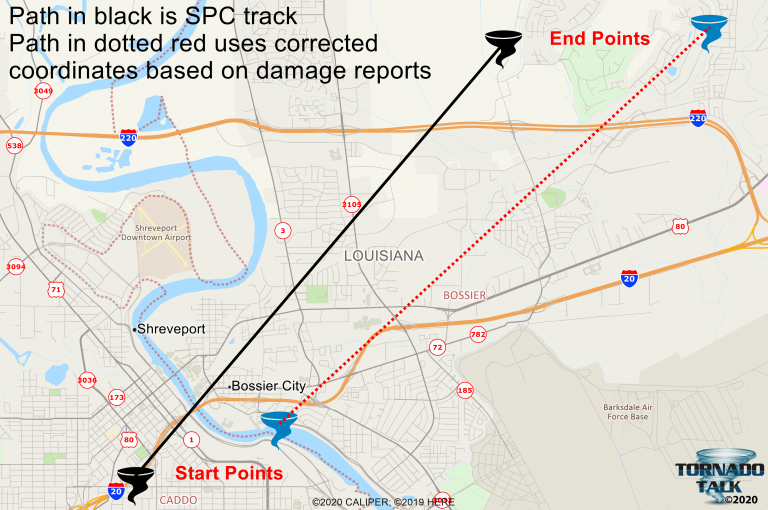 Corrected Coordiantes based on damage reports:

Note:  The starting point is in Caddo Parish.  In the official record, only Bossier Parish is listed.

Photos from the NWS Shreveport Summary 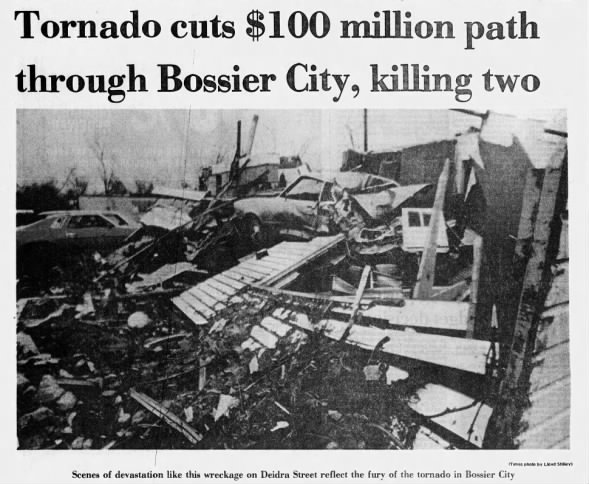 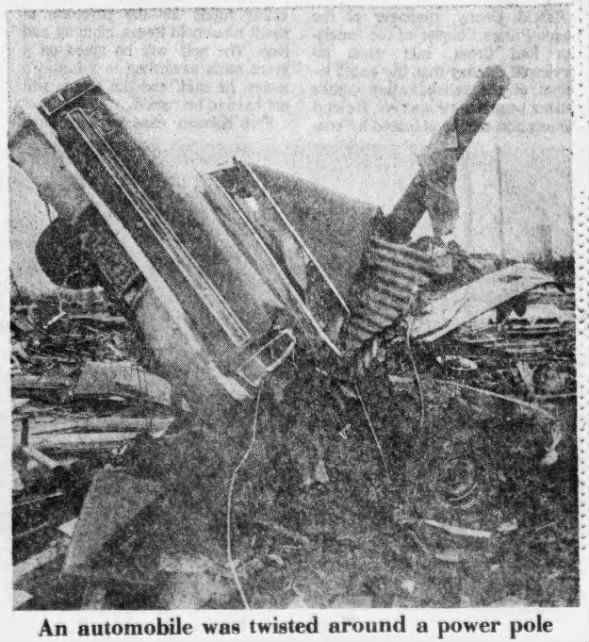 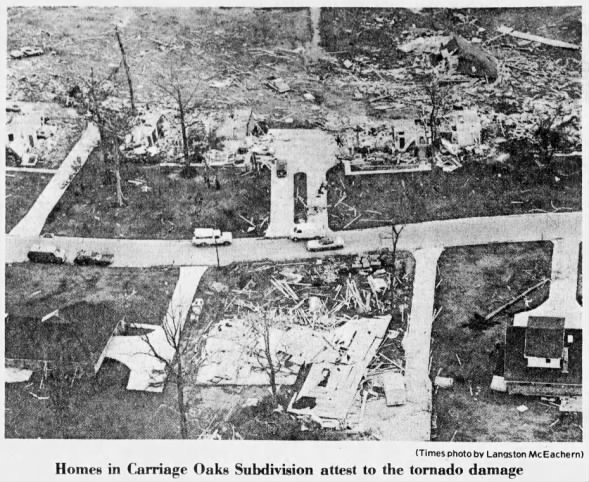 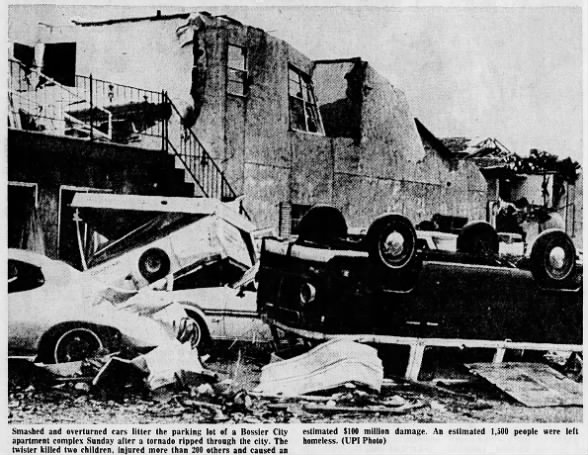 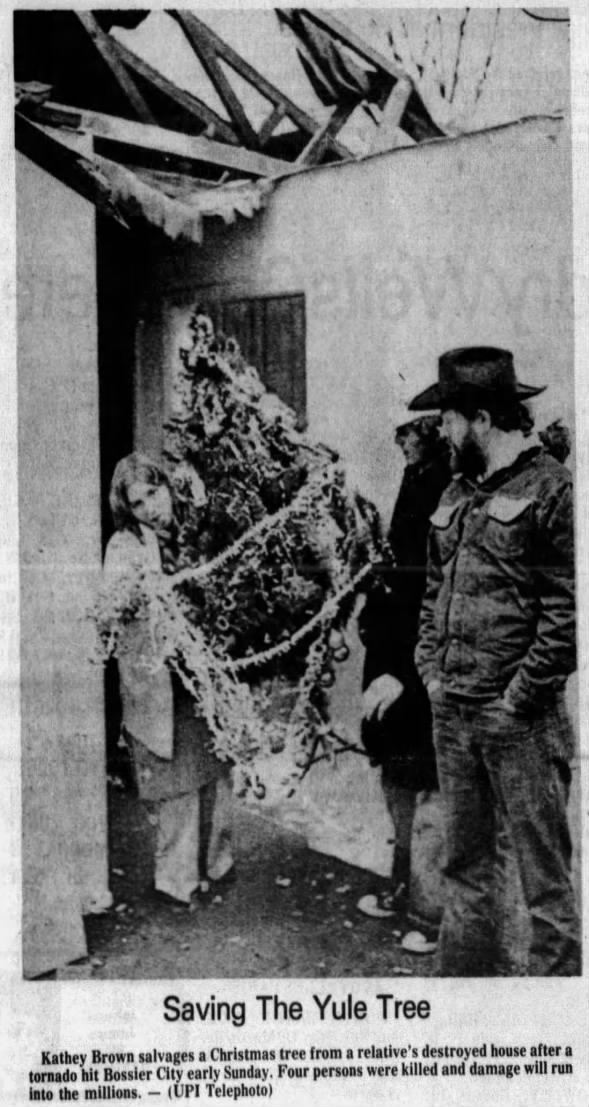 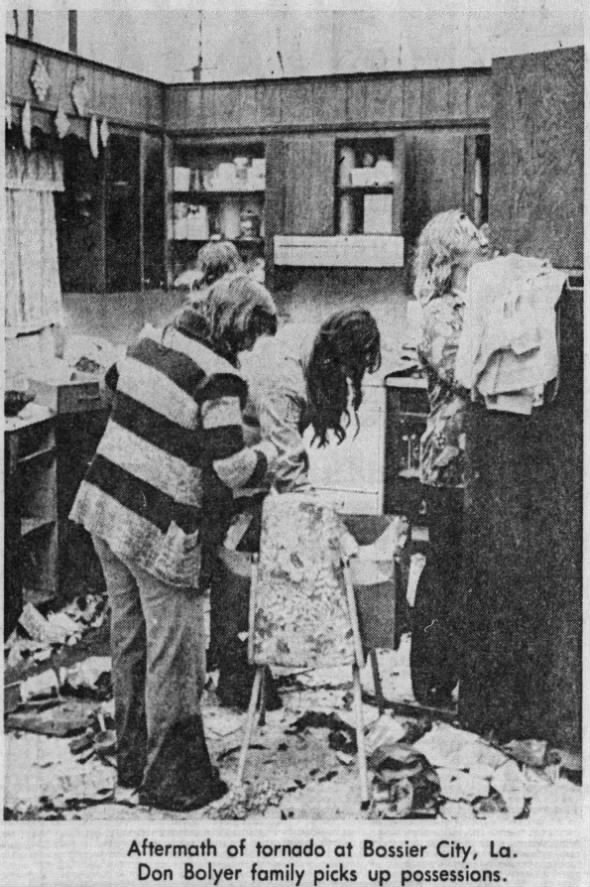 We gathered information for this event from the SPC & NCDC Databases, the December 1978 Storm Data Publication and Thomas Grazulis in Significant Tornadoes and found the following differences:

NWS Shreveport Summary of the Event