A total of 15 tornadoes crossed through parts of Mississippi during the November 21-23, 1992 outbreak. Most occurred late on the 21st into the week hours of the 22nd. A total of 15 fatalities occurred in the state, 12 of which occurred in the tornado event documented in this summary.

This tornado developed in northeast Copiah County, MS, one mile north of Hopewell at 1127pm CST. It crossed through parts of seven counties and ended four miles SW of Mathiston, MS in Choctaw County at 201am CST. Per the NWS Storm Data entry, the tornado reached maximum strength, F4 in the town of Brandon. There were several points though along that path that F3 damage was found.  Here are some of the hardest hit communities:

In the midst of such tragedy, there were stories of hope, survival and miracles.  A 6-day-old baby survived after her family’s mobile home was tossed by the tornado in Florence. Here is the story from the November 23, 1992 Clarion-Ledger: 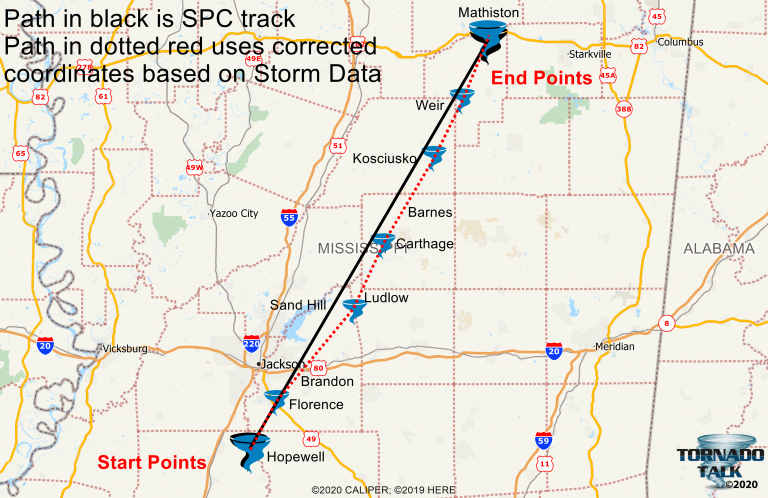 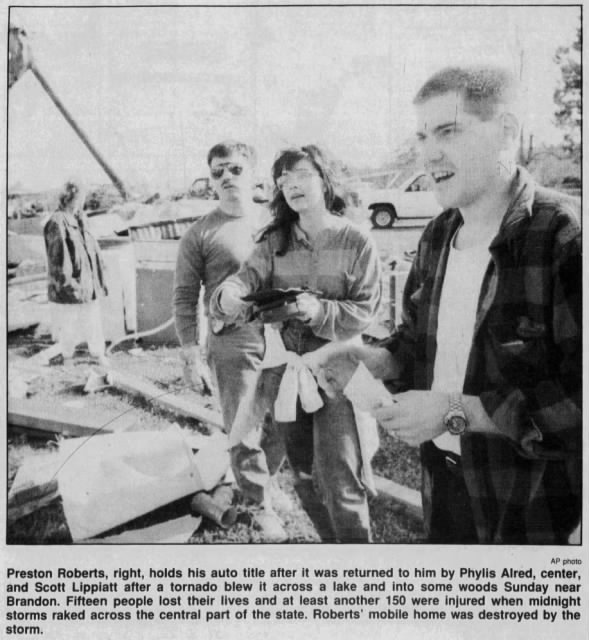 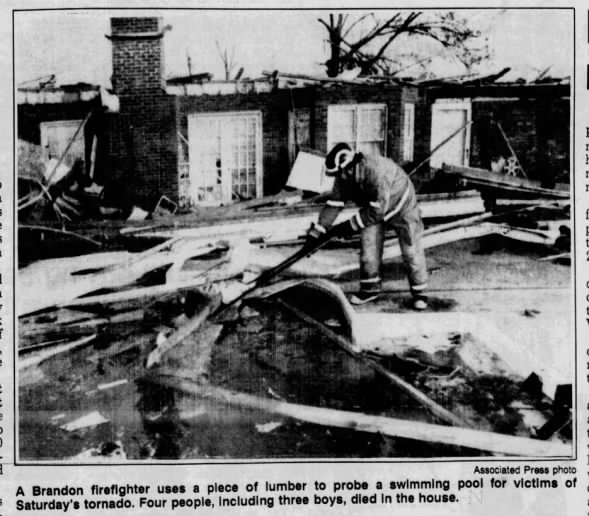 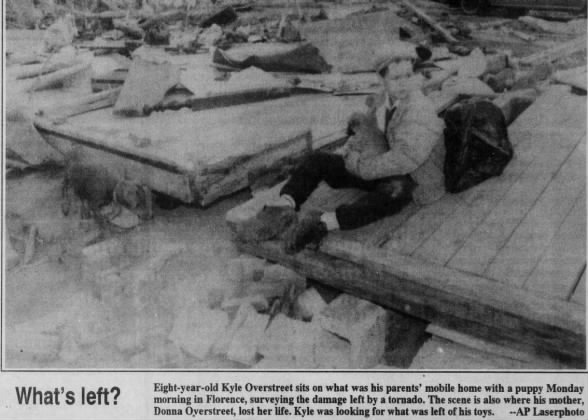 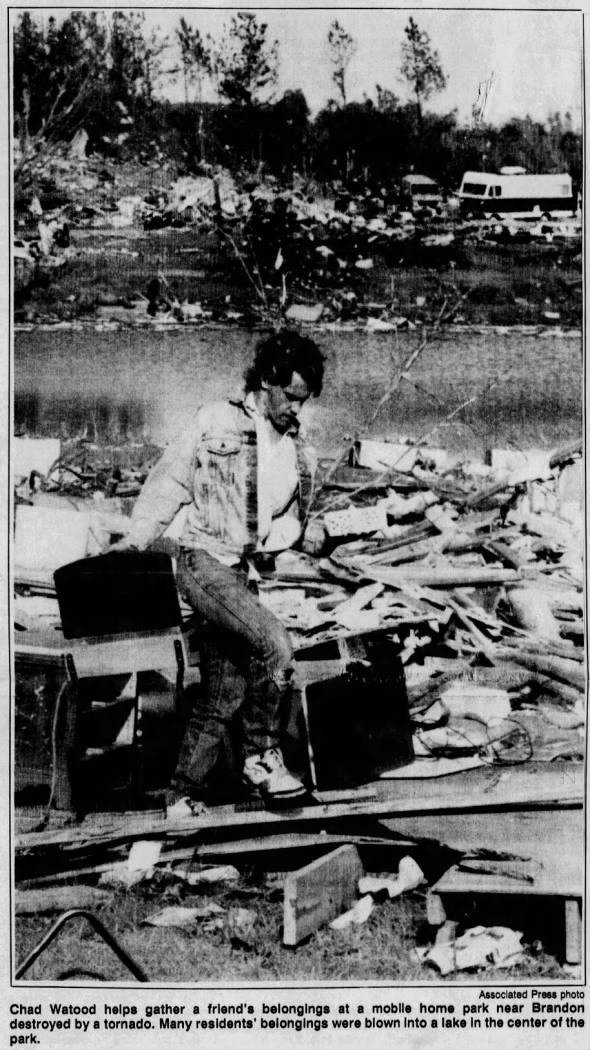 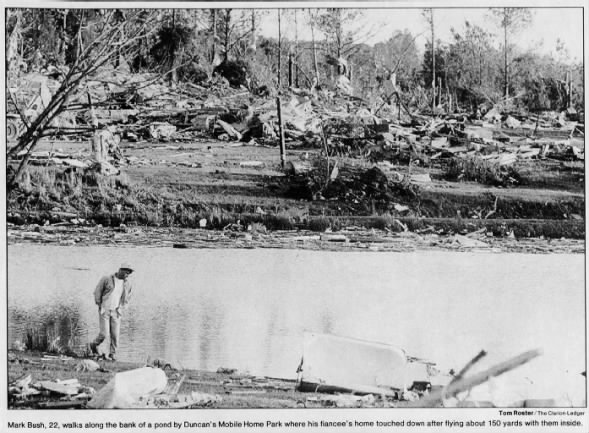