This tornado developed 4 miles NE of Buckley and moved to the northeast for about 8-9 miles. About 10 farmsteads were heavily damaged. Per the Climatological Data National Summary, “many witnesses reported unusual white appearance of funnel cloud when viewed from south or southeast due to favorable light from setting sun.”

This tornado was given a rating of F3. Thomas Grazulis in Significant Tornadoes rates it as F2 but does mention that one home suffered near-F3 damage. He notes that most of the injuries were in barns. 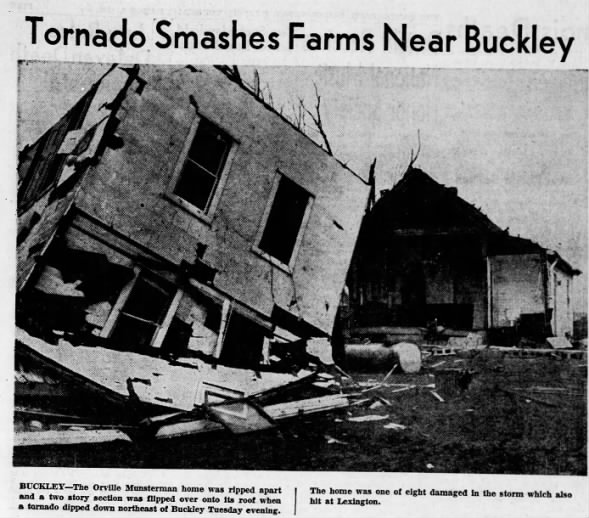 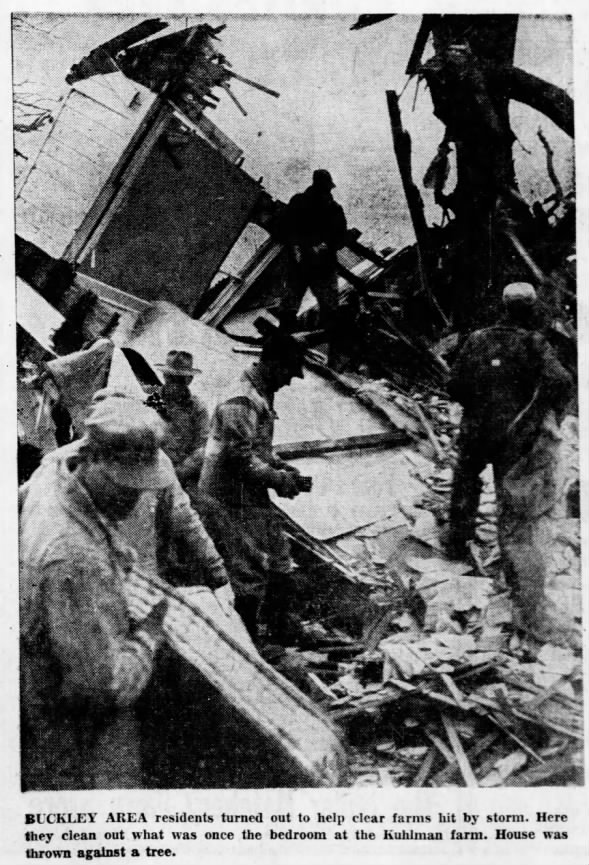 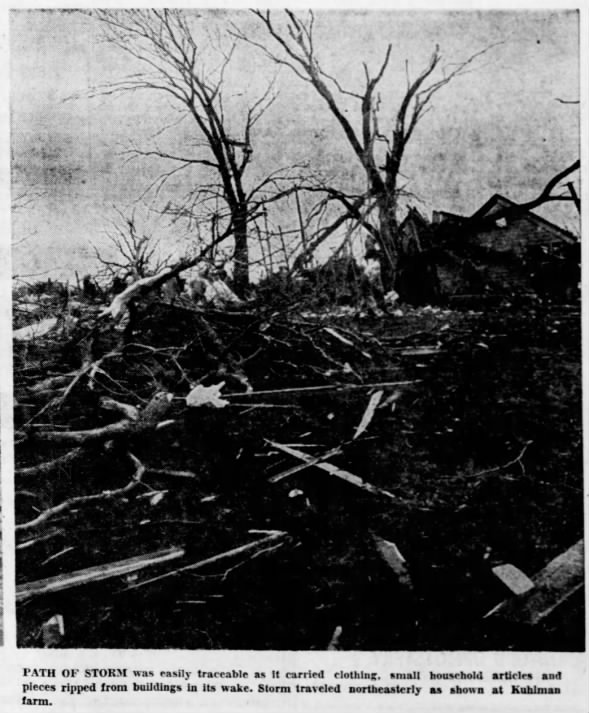 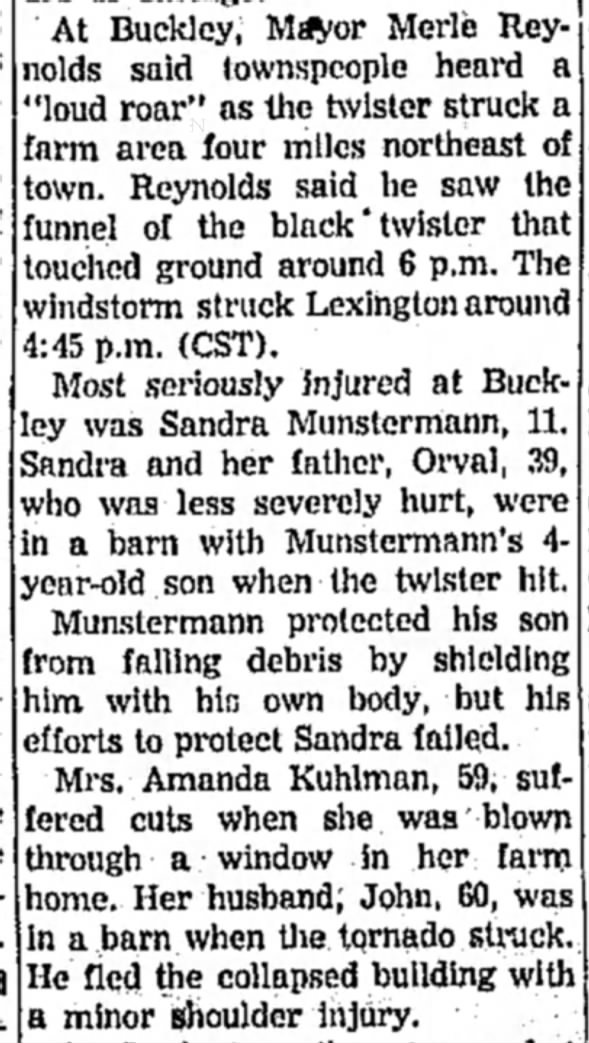 We gathered information for this event from the SPC & NCDC Databases, the March 1956 Climatological Data National Summary (CDNS) and Thomas Grazulis in Significant Tornadoes and found the following differences: