There were 28 tornadoes on New Year’s Eve of 2010.  Four were in the state of Mississippi.  The strongest for the state was given an EF-2 rating.  It began in Hinds County in Midway Estates just to the west of Midway Road.  There was minor damage to trees and shingles were torn off a few roofs.  The twister tracked to the northeast nearly parallel to Interstate 55.

It passed through the community of Byram.  Numerous structures were damaged and dozens of billboards were blown out.  A tanker truck was overturned and several power poles were snapped.  The National Weather Service estimated that the tornado was at peak intensity in this area with max winds at 120 mph.  The width was near 1/2 mile in Byram.

The tornado crossed the Pearl River, moving into Rankin County and causing EF1 damage in Richland.  Many tree damage found here.  As it passed through Pearl, damage occurred to numerous roofs, to a movie theater and a Kroger.  Several homes had significant damage.

The tornado left Pearl and moved onto the Jackson-Evers International Airport grounds.  It passed just south of the airport terminal.  A warehouse roof was heavily damaged.  The tornado lifted a few miles south of Lakeland Drive. 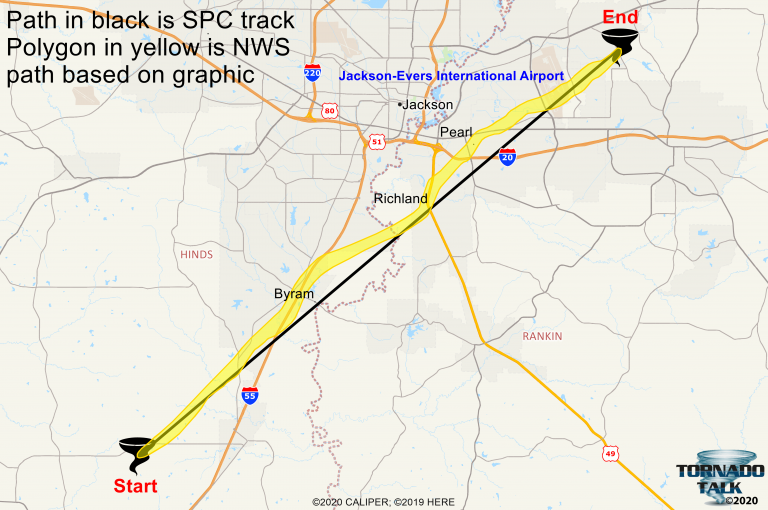 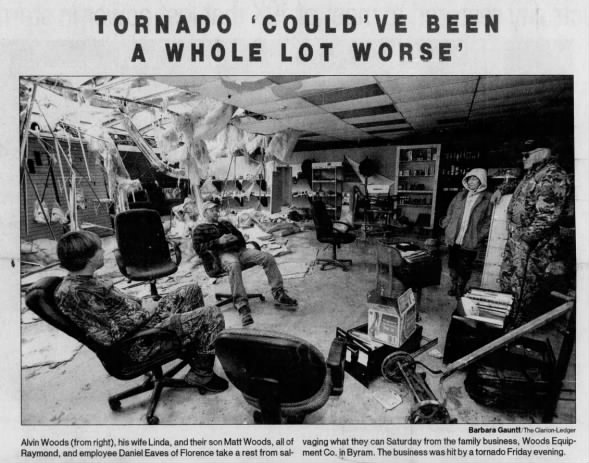 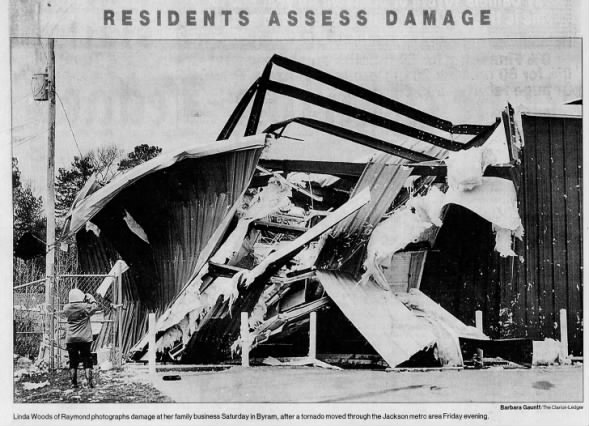