Starting off this summary with a huge discrepancy in the record.

After doing research, even though the official SPC/NCDC records and the Storm Data Publication have 2500 yards as the max width, there are conflicting reports on the actual width of this tornado in the NWS summaries for these events.

The NWS Birmingham summary also lists the max width as 2500 BUT also states the following:  “This tornado produced EF-2 damage in Lamar County, with estimated maximum winds of 130 mph, and a maximum path width of about a half mile.” https://www.weather.gov/bmx/event_01102008_lamar

Our goal with our research is to list all of the details we can, even if conflicting.  More than likely this tornado had a max width of 400 yards.  It could have widened some in Alabama but there not a lot of evidence for that.  There is NO evidence that this tornado was over a mile wide!  So that official width would be incorrect.

Now, to the details of the event:

The tornado developed three miles East of Kolola Springs, MS.  In the early part of the path, the tornado damaged a home and a couple of sheds.  It moved into a neighborhood with new, well-built homes.  Five of the homes were severely damaged.  Per the survey, some roofs were ripped off, walls were collapsed and a few homes were moved off their foundation.

The tornado moved away from this area and onto the Caledonia school complex.  The tornado reached maximum intensity here with winds estimated at 155 mph.  Per the NWS Survey, here is the damage at the school:

Per Storm Data, “The school complex was occupied by over 2100 students and faculty at the time of the tornado. Yet, the Tornado Warning lead time of 41 minutes allowed the school to place students at the best possible locations. No injuries or fatalities occurred at the school. Also, a day care center with 15 children and faculty was severely damaged, but all 11 had taken cover in an underground storm shelter, so there were no injuries at that location either.”

After leaving the school complex, the twister moved through the southern parts of Caledonia causing significant damage to six homes and destroyed a church.  The path continued to the northeast along Caledonia Vernon Road.  Several single family homes had damage.  A horse stable was completely destroyed.  Several mobile homes were demolished.  Per Storm Data, “One in particular had the body of the trailer blown downwind and the frame was dragged back along the ground in the opposite direction for around 25 yards.”

There were 15 injuries in Lowndes County.  Three of the injuries were considered serious.  They occurred in the mobile home that was blown downwind.

The tornado weakened to an EF-2 in Lamar County, AL.  It traveled 4.56 miles near Molloy.  Two homes lost their roof.  Two wooden barns were destroyed.   Two mobile homes were moved off their foundation.  Several huge trees were uprooted. 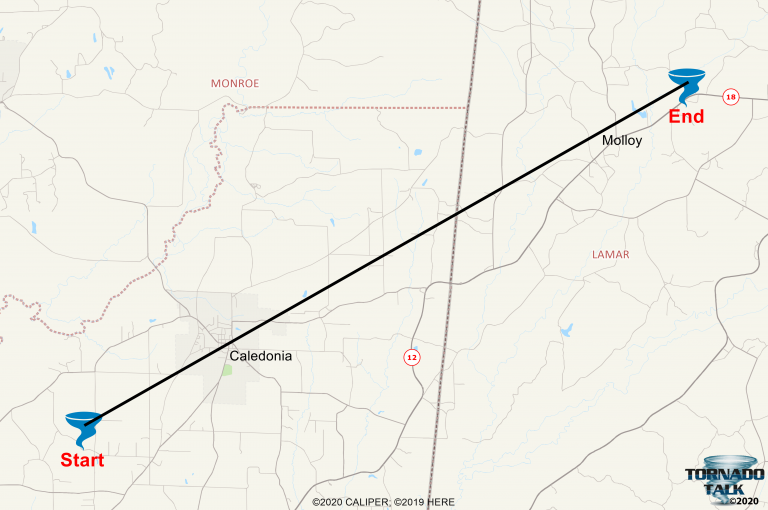 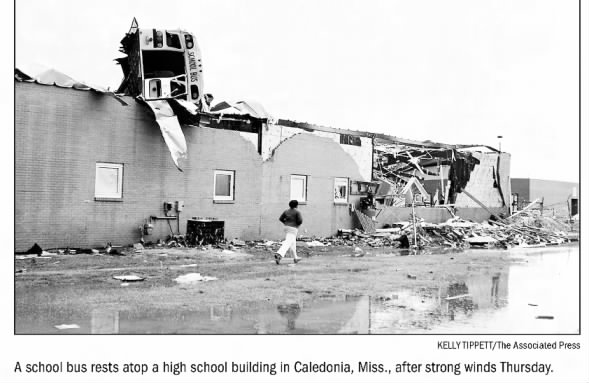 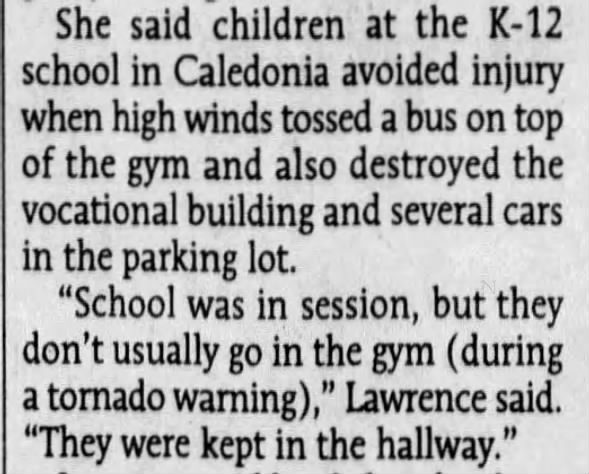 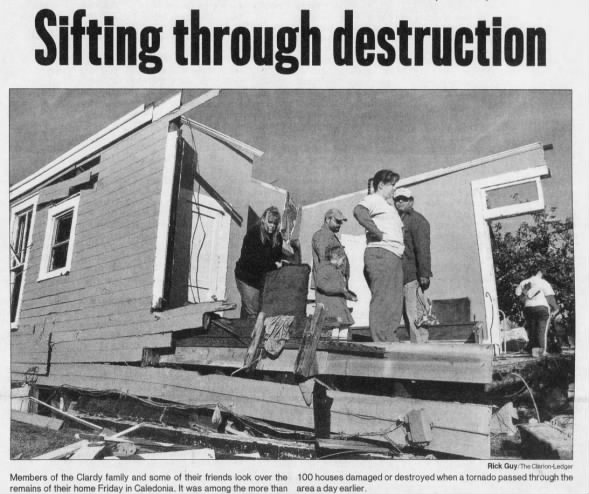 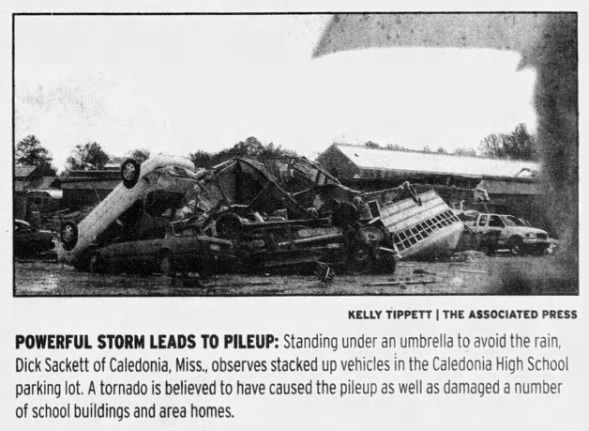 See main summary at the to of the page for max width discrepancy.