A total of seven tornadoes were confirmed across parts of Oklahoma and Kansas on Halloween of 1984. This summary focuses on a twister rated F1 that crossed through parts of Osage County, KS and near the town of Carbondale. This was an interesting and tragic event. The twister formed (along with a second one near Springdale) in the midst of a cluster of severe storms. Those storms formed NE of Emporia and moved to near Leavenworth. The official record shows a path for this tornado of one mile. A mobile home and 2-car garage was destroyed and a woman there was killed. Her name was Edith Rogers, age 39. She was found in her trailer.

The Storm Data Entry lists the damage from the entire event. In that list, they denote that a man was killed when a shed he was in collapsed. He was a mile north of Carbondale at the Mineral Springs Mobile Home Park. The woman was killed in the same park. Thomas Grazulis in Significant Tornadoes attributes this fatality to the tornado and not straight line winds. So this tornado death count is two. The man’s name was Norman Deforest, 44 years old. 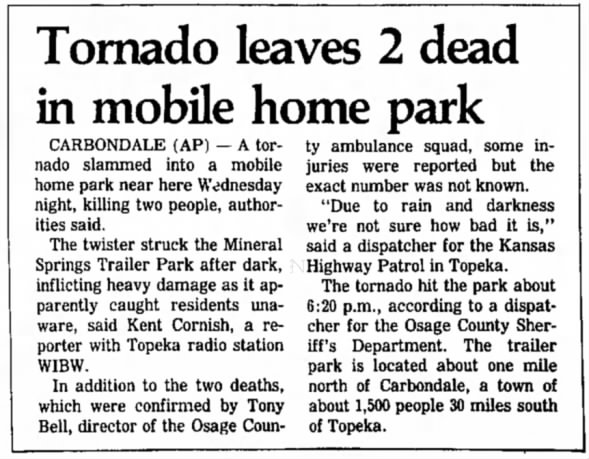 In the damage list, Storm Data notes that 1 3/8 miles north of Carbondale, 3 people were killed when a private plane crashed. This is not officially connected to the tornado. Grazulis mentions the plane crash in his entry for this event and does say it could have been tornado-related. I found a newspaper article in the Council Grove Republican from November 1, 1984 that states the crash was “apparently related to the twister.” Wreckage was found at the Mineral Springs Mobile Home Park. The official record lists no injuries. Newspaper articles at the time show at least 10 people were injured at the mobile home park. 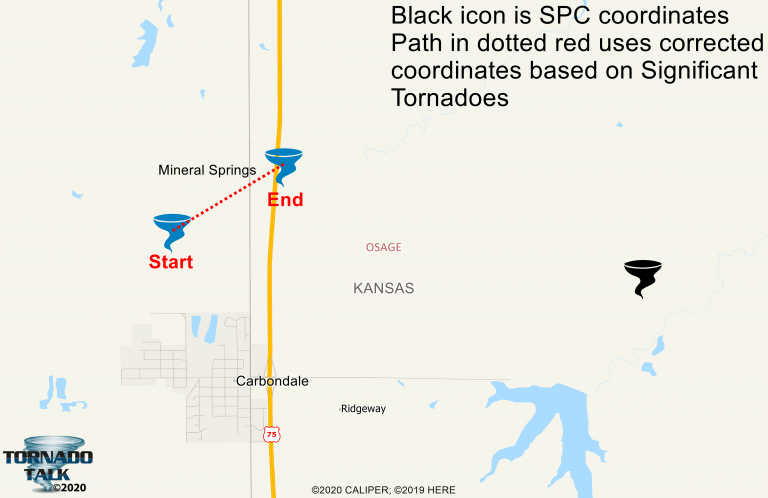 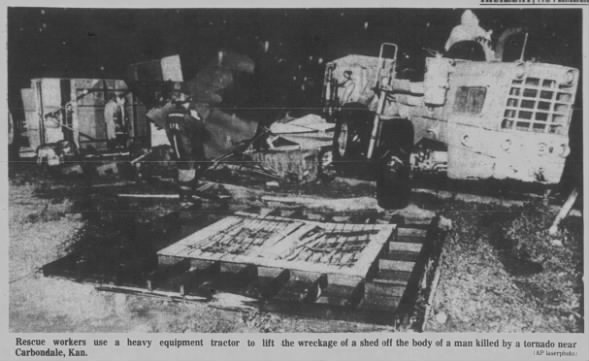 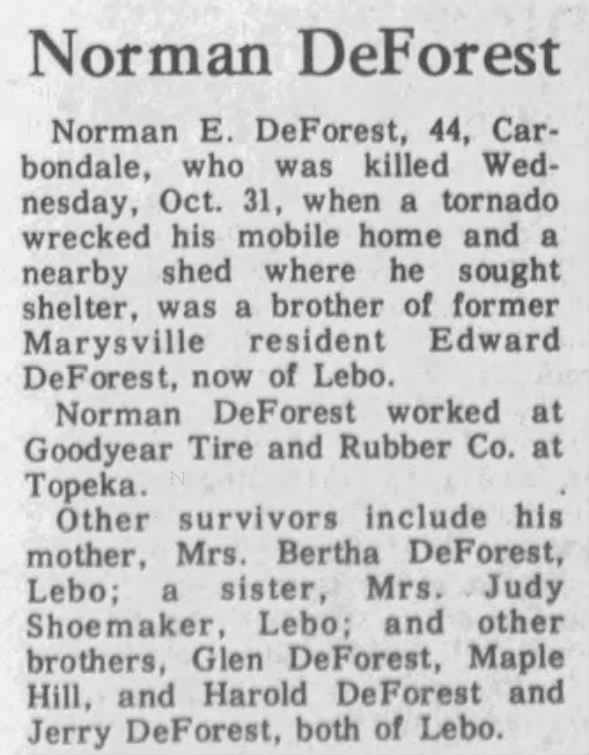 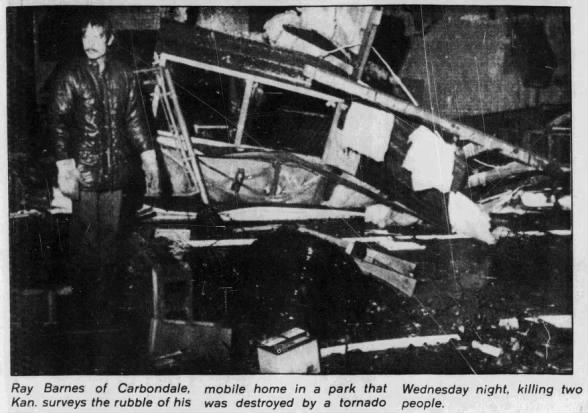 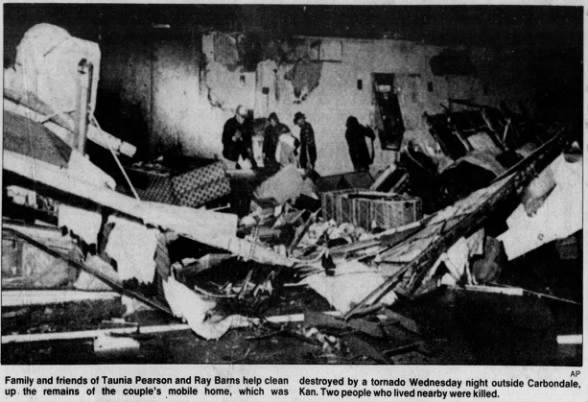 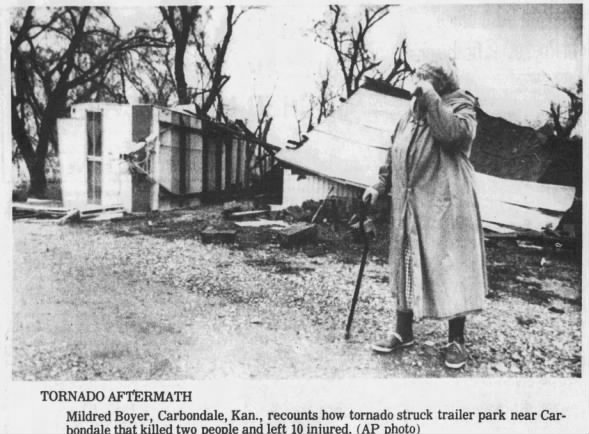 We gathered information for this event from the SPC & NCDC Databases, the October 1984 Storm Data Publication and Thomas Grazulis in Significant Tornadoes and found the following differences: