Per the SPC Database, 48 tornadoes occurred on March 20, 1976.  Three were rated F4.  In this summary, we will look at the first F4 of the day.  It occurred during the early afternoon in Macon, Piatt, Champaign, and Vermillion Counties in Illinois.  The path length was 63.7 miles, and the maximum width 800 yards.  There were 18 reported injuries.

The second F4 ripped through parts of Tippecanoe and Carroll Counties in IN, including West Lafayette.  Here is an AMS Journal article about the event which shows photographic evidence of suction “debris” vortices:  Link

The third F4 moved through Oakland County, MI, and the town of West Bloomfield.  Here is an overview via the NWS Detroit:  Link

This long-track Illinois tornado developed near Casner, 5 miles SE of Decatur.  In this area, a house trailer was demolished, and five homes sustained damage.  The twister moved to the NE at approximately 50 mph.  The Voorhies Clock Tower Barn, an area landmark, was destroyed.  Members of the Bement Fire Department followed the tornado near Ivesdale.  Storm Data noted that “the tornado was nearly a half-mile wide at the base and appeared to be filled with pieces of trees and buildings.”  It grew to nearly a mile wide before approaching Sadorus.

It then narrowed to 1/2 mile wide again as it passed through town.  Per Storm Data, “Multiple funnels were sighted at this point; an eyewitness described the tornado as two whirling clouds running side-by-side in the manner of an egg beater.  Marks left in a field three miles southwest of Sadorus indicated that the tornado was composed of three or four suction spots (funnels) at that point.”

At Sadorus, five people were injured.  13 houses and seven mobile homes were destroyed, and 25 houses were damaged beyond repair.  At least a dozen vehicles were crushed by falling debris.

The tornado continued to move to the northeast.  Debris was found in fields and along parts of I-57 and US 45.  Several homes were destroyed on the northern edge of Philo.

On IL 130 west of Sidney, a small van was caught up in the tornado and tossed into a field 1/2 mile away from where it was hit.  The driver had serious injuries.  A few miles to the NW of Sidney, several farmhouses, outbuildings, and cars were destroyed.  Several farm buildings were destroyed south of St. Joseph.

The tornado veered to the left and moved right through Ogden.  Two funnels were visible at this point.  A lumber yard, bank, water tower, grain elevator, firehouse, and several homes were destroyed.  There were five injuries in town.  The tornado lifted 5 miles NW of Danville. 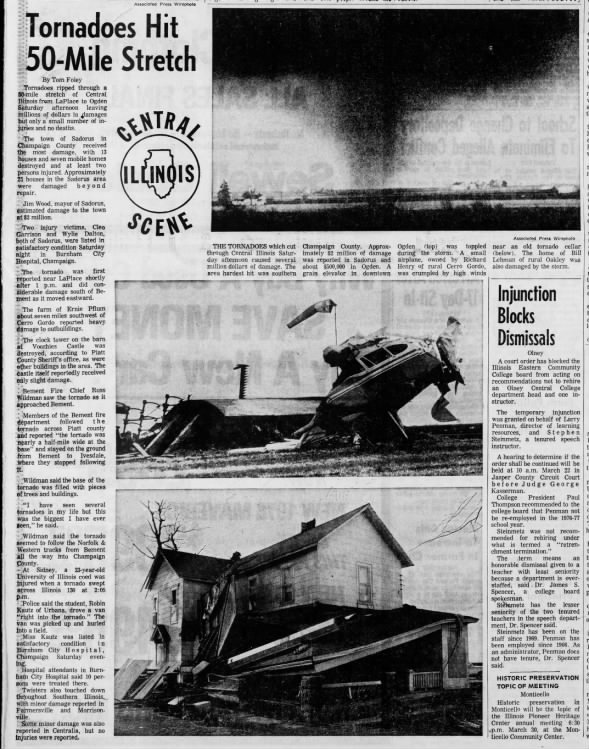 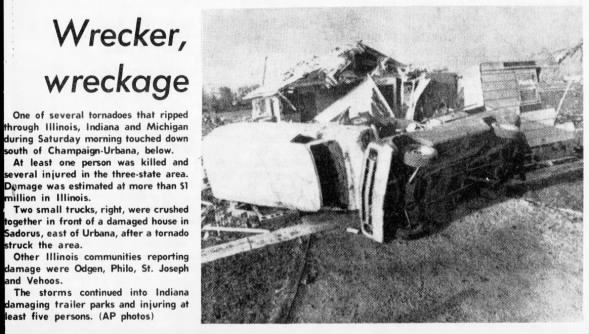 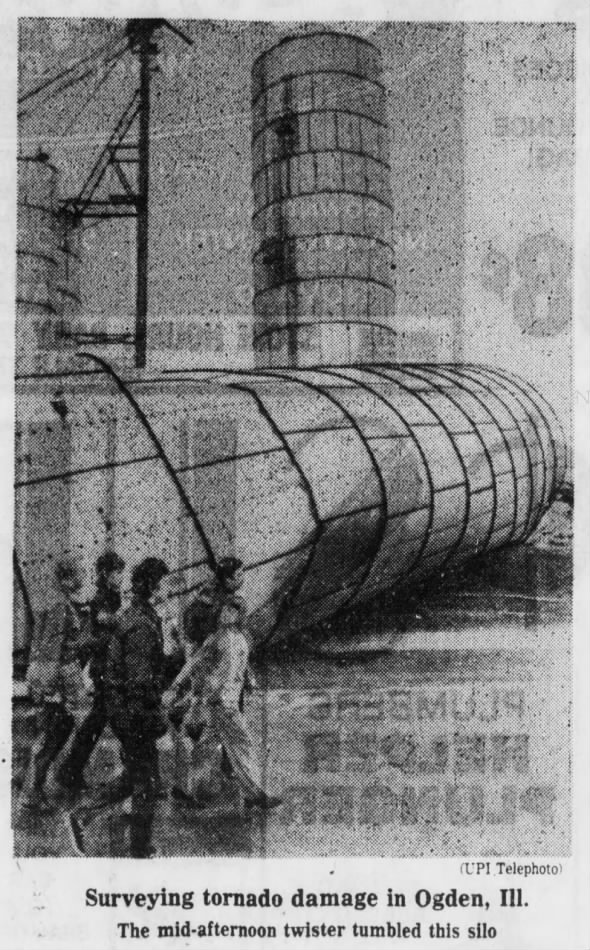 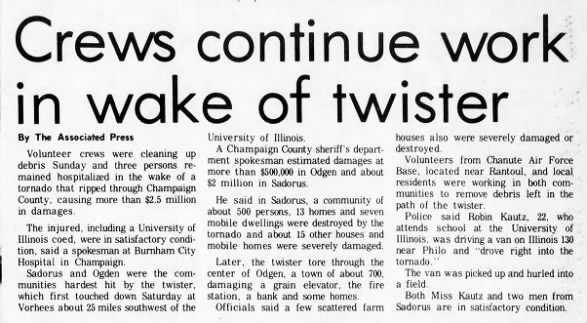 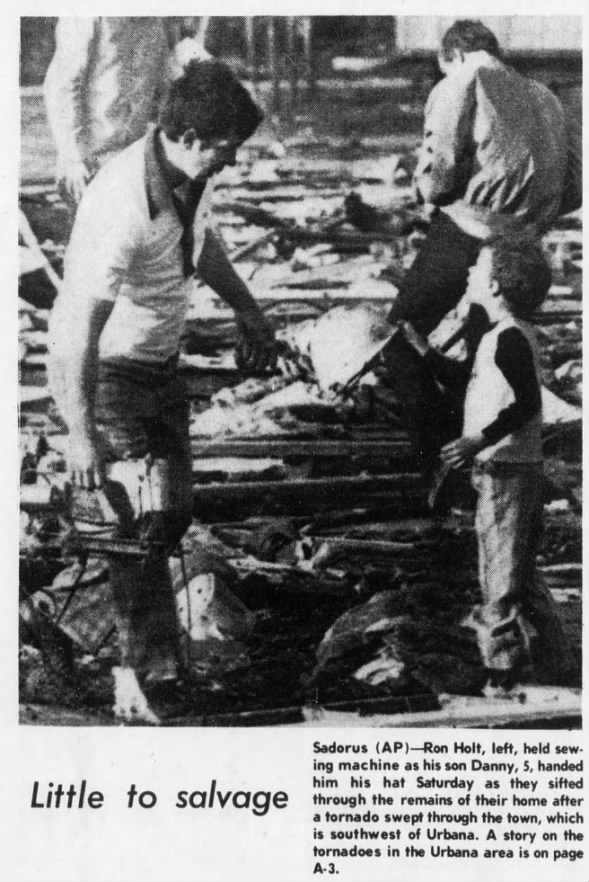 We gathered information for this event from the SPC & NCDC Databases, the March 1976 Storm Data Publication and Thomas Grazulis in Significant Tornadoes and found the following differences:

Survivor Story from the News-Gazette