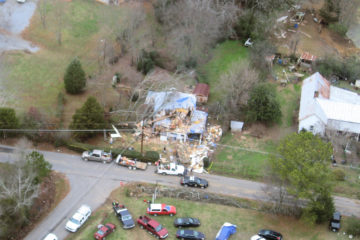 A total of 13 tornadoes were confirmed on December 22, 2011. The strongest hit parts of North Georgia. Path length of 11.42 miles. There were 4 injuries.

By Jen Narramore, 1 month13 hours ago 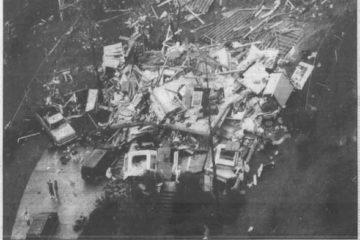 During the widespread tornado outbreak of November 21-23, 1992, 11 tornadoes traveled through parts of Georgia. Two were rated F4. We look at one of those destructive tornadoes in this summary.

There are 23 tornadoes recorded in the SPC Database for November 18, 1957. This Georgia twister had a very large width of 500 yards. It traveled 14.5 miles through parts of Chattooga County and damage was reported in the community of Gore. 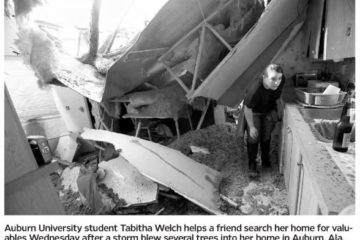 This long track tornado was one of 21 that occurred on November 16, 2011. It began in NE Macon County south of Notasulga and moved northeast. About a dozen mobile homes were damaged along County Road 54. The tornado moved into Lee County and traveled over 30 miles. There was significant damage in Auburn.

A total of 17 tornadoes occurred on November 15, 1989. Five were in the state of Georgia. This summary looks at a tornado officially rated F3 that crossed through parts of Habersham County. Thomas Grazulis in Significant Tornadoes gave this tornado an F2 rating. 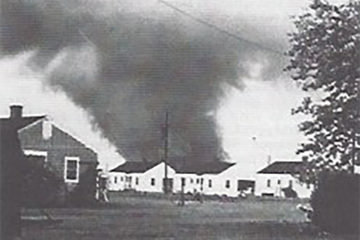 The official stats from the SPC is that this tornado had a path length of only 1 mile. The max width was 333 yards. There were 300 injuries and 18 fatalities reported. Per Grazulis, most of the 18 deaths were in families of Air Force personnel living on two housing projects.

By Jen Narramore, 9 months2 days ago 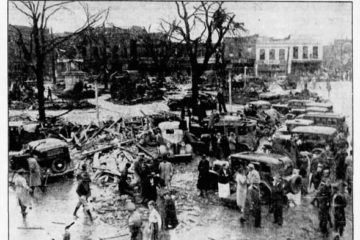 This summary looks back at a devastating event in Gainesville, GA on April 6, 1936. Per Thomas Grazulis: The tornado hit at 827 local time. There were 1600 injuries and 203 fatalities. The path length was 7 miles (and he lists as a family) and the width 400 yards. Rating given: F4. 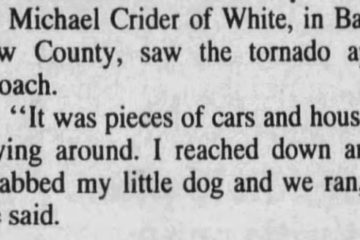 This summary will review the second F4 during the Palm Sunday Outbreak of March 27, 1994. 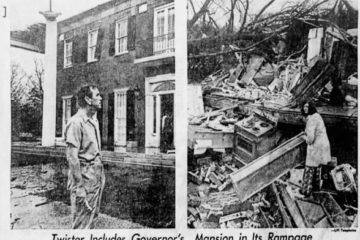 It is called the “Governor’s Tornado.” The twister moved 14.8 miles through parts of Fulton County, GA on March 24, 1975. It began in West Atlanta, moved to the northeast at approximately 50 miles and ended in the Brookhaven Area. 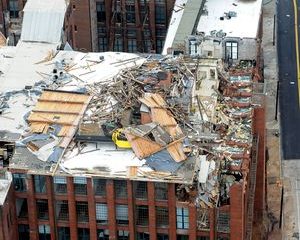 An isolated supercell developed just northwest of Atlanta, GA during the evening of March 14, 2008. As the storm moved into the city, it produced a tornado that caused damage on a 6.25 mile path from west of the World Congress Center in Fulton County to south of I-20 in Dekalb County.