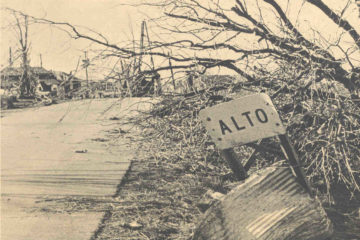 The focus of this summary will be on one of 10 tornadoes to hit the state of Indiana during the April 11 1965 Palm Sunday Outbreak. 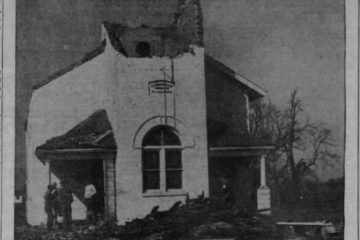 Morristown to Connersville to Brownsville, IN F2 Tornado – March 11, 1955

5 tornadoes are listed in the SPC database for March 11, 1955. Three were in Indiana and two were in Ohio. All were given ratings of F2. This summary looks at one of the Indiana tornadoes. 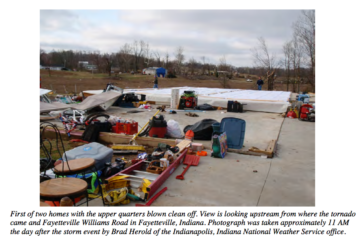 26 tornadoes occurred on March 8, 2009. The strongest was given a rating of EF3. It was a quick-hitting tornado in Lawrence County, IN. It moved to the east-northeast for just over a mile. 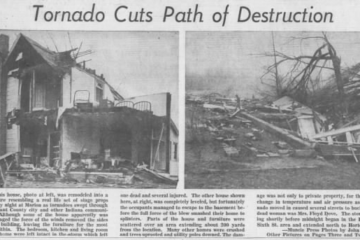 A strong tornado moved through parts of Grant County, IN and the town of Marion on March 6, 1956. The SPC has a path length of 1.9 miles but the Climatological Data National Summary (CDNS) has a path closer to 3.5 miles. It moved through the western and northern parts of Marion and then out into open country. 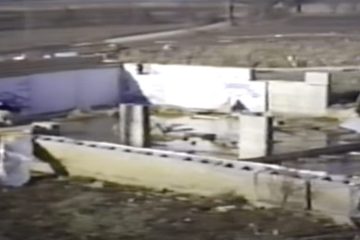 Six tornadoes were produced during the late afternoon/early evening of January 7, 1989. The most significant twister of the day hit the small town of Allendale, IL, in Wabash County. Per the Storm Data Narrative from January 1989, “much of the town was obliterated.” Fifty-five people were injured along the 22-mile path.