The state of Missouri was hit by 17 tornadoes on December 31, 2010. Three were given a rating of EF-3. We look at one of those in this summary. It tracked 7.5 miles over Fort Leonard Wood in Pulaski County.

An estimated F4 tornado moved through parts of Iron and Washington Counties in Missouri during the early AM of December 21, 1967. It began south of Viburnum. There were 3 fatalities.

A total of 40 tornadoes are a part of the SPC Database, December 14-15, 1971. Most that occurred on the 15th were during the early AM hours. We look at one of those in this summary. It was given a rating of F2 and had an intermittent path of 22+ miles through from Bell City to Scott City in Missouri. 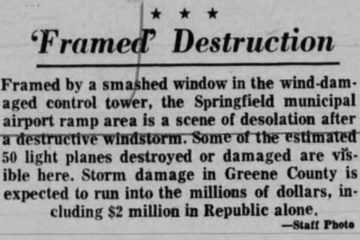 This summary looks at an F2 tornado with a long, skipping path through parts of SW Missouri on December 14, 1971. The tornado developed just south of Billings. 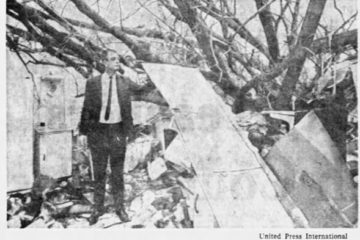 9 tornadoes were confirmed on December 8, 1966. All but two were in the state of Missouri. One that traveled through parts of Washington County was given a rating of F3.

6 tornadoes are found in the SPC Database for December 4, 1956. Two were in Kansas (both given a rating of F)), the rest in the state of Missouri (all rated F2). We look at one of these Missouri tornadoes in this summary. 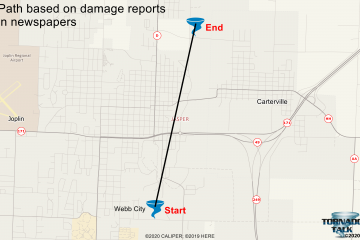 This summary looks back at an estimated F3 tornado from November 1, 1922. It crossed through parts of Jasper County, MO and the town of Webb City. Per Thomas Grazulis, there were 15 injuries and 1 fatality.

This tornado moved NE from 4 miles SW of Maryville, MO. It crossed through town and hit a depression-era Civilian Conservation Corps camp NE of town. There were 5 fatalities and 20 injuries. 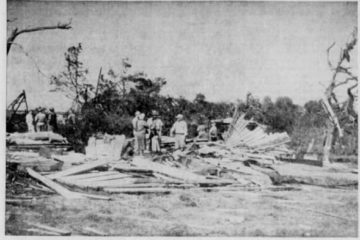 Two tornadoes are found in the SPC database for October 8, 1958: An F2 in Illinois and the topic of our summary, an F3 that traveled through parts of Nodaway, Worth and Harrison Counties. This was a fairly long track tornado. SPC has a path of 23.1 miles. Thomas Grazulis in Significant Tornadoes has a slightly longer path at 35 miles.