Six tornadoes are found in the Storm Prediction Center Database for December 4, 1956. Two were in Kansas (both given a rating of F0), the rest in the state of Missouri (all rated F2). We look at one of these Missouri tornadoes in this summary.

Per Thomas Grazulis in Significant Tornadoes, this twister passed two miles south of Centralia. Three barns were destroyed and at least one home was unroofed.  Eight other homes were damaged. There were no fatalities or injuries reported. Newspapers reported that a family was trapped in a damaged home but managed to escape without injury. 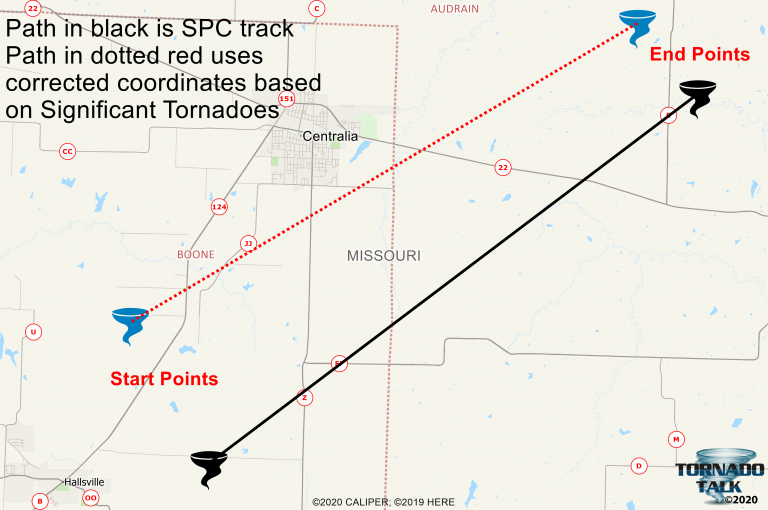 Corrected Coordinates based on Significant Tornadoes: 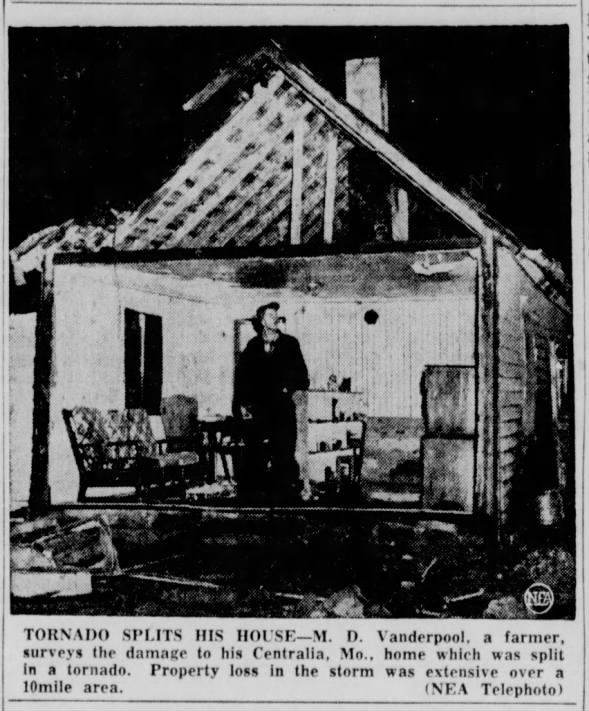 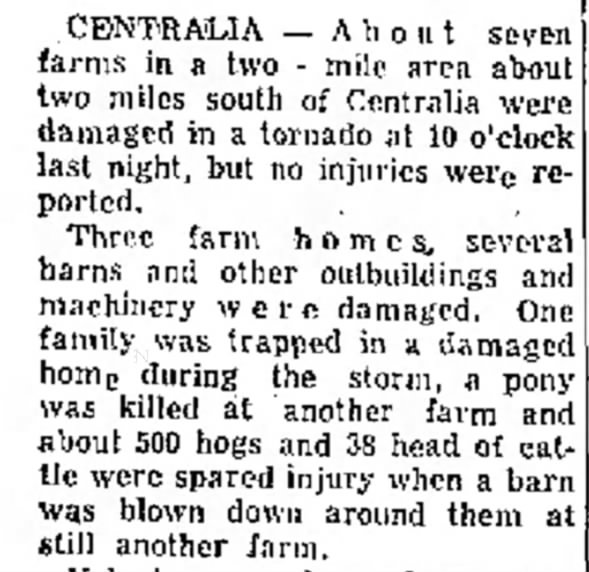 We gathered information for this event from the SPC & NCDC Databases, the December 1956 Climatological Data National Summary (CDNS) and Thomas Grazulis in Significant Tornadoes and found the following differences: