The state of Texas had a total of 14 tornadoes during the massive November 21-23, 1992 tornado outbreak. 12 of the 14 where in the Houston County Warning area. This summary digs into the strongest that occurred in this area. It was an F4 that hit Channelview.

During my research, I found the survey information not only from the NWS Houston but also from Tim Marshall from Haag Engineering.  There is a discrepancy that I want to note.  The official SPC/Storm Data entry for this event states we have a tornado that traveled 30 miles through parts of Harris and Liberty Counties. The tornado rapidly grew to almost a mile wide at Channelview with an intensity of F4. After approximately a mile at that level, it decreased to about 200 yards. The Storm Data entry continues this tornado into Liberty County as a much weaker tornado (F1) and ending near Dayton.

Tim Marshall’s survey ends the tornado in Harris County in the Diamondhead subdivision. He has the total path length at 12 miles and a width of 0.6 miles.

I discussed the survey discrepancy with Thomas Grazulis.  He believes this very well could have been two separate tornadoes: The F4 that hit Channelview and then a smaller one that tracked into Liberty County. He will be updating his book to go with Tim Marshall’s analysis of this event.

So, now that I have that out of the way, what damage was seen from the massive tornado?  Here is the analysis from Tim Marshall:  “This tornado formed from the same storm that produced the Pearland, Texas tornado. The first damage was spotted just north of the Houston ship channel in a heavily wooded area. From that point, the tornado moved northeastward, widening rapidly and increasing strength. The tornado crossed I-10 and entered several subdivisions. Damage ranged from missing roof shingles to complete destruction of residences. We found 14 residences with no interior walls left standing (F4), 88 residences with only a few interior walls left standing (F3), and 183 residences that lost roof structures (F2). Maximum damage is rated F4 on the Fujita Scale. The tornado continued across a rural area, crossing the San Jacinto River and dissipating in the Diamondhead subdivision. Total path length was 12 miles, and the maximum path width was 0.6 mile.”

He also shows that the Channelview Christian Center was heavily damaged when the metal frame of the building was “distorted.” A school bus that was located in the parking lot was rolled 100 yards and the body of it was twisted. Additionally, a gas station on Highway 90, in Sheldon, was demolished.

Tim’s Survey noted eight patterns of damage he observed. Below is a brief summary of those findings.

1. Homes with attached garages that faced the wind sustained considerably more damage than those homes where garages faced the opposite direction.

3. Homes with hip roofs performed better than those with gable roofs. Though, many roofs had a minimal attachment to the wall top plates and did not have hurricane straps.

4. Homes located on a corner, the end of a block, or adjacent to a prairie/vacant lot sustained more damage than homes in the middle of the block.

5. Most homes had minimal anchoring to their foundations. Many used a concrete nail (without a washer) that only extend through the bottom plates and into the foundation.

6. A lot of homes had brick veneers which failed. Many of these lacked brick ties, and some that did have brick ties, the ties were not anchored.

7. There were a number of homes with deficiencies in construction that were not related to tornado damage.

8. The twister generated many small projects such as 2×4’s. Vehicles were moved or rolled, but few became airborne. 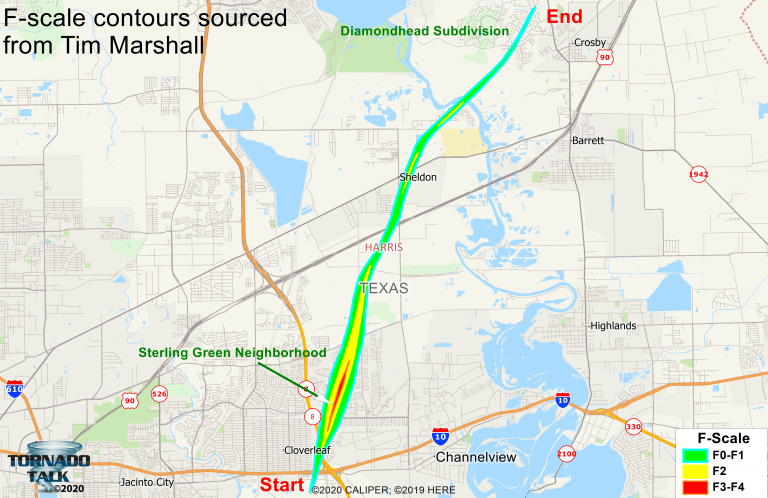 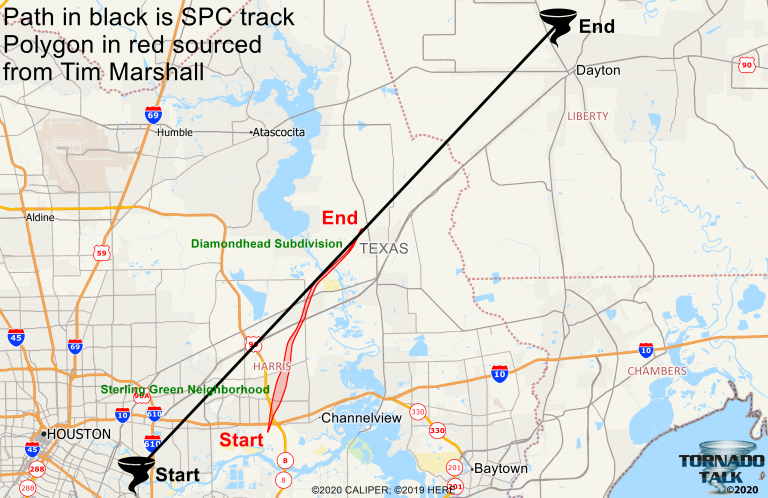 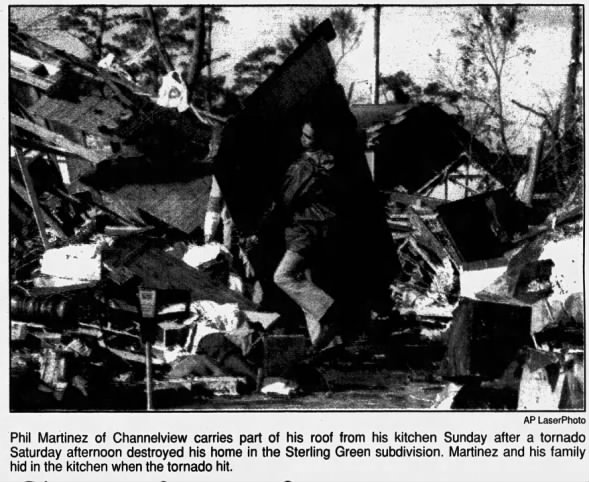 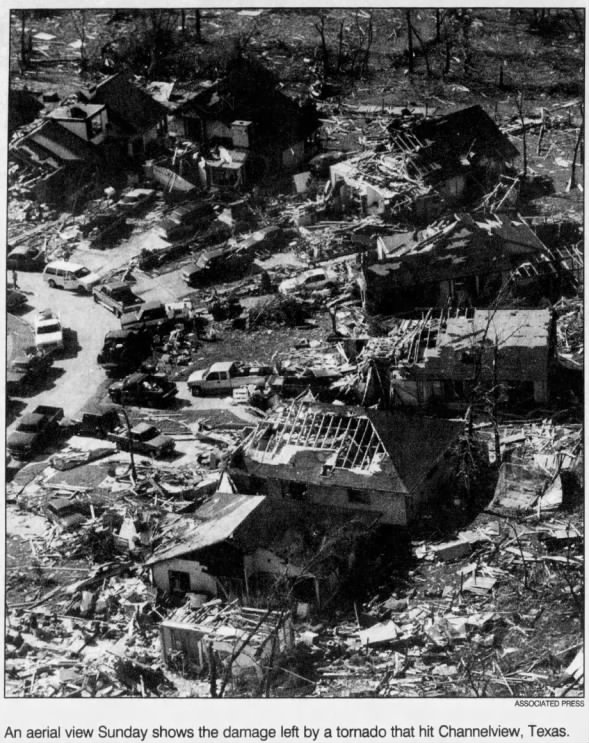 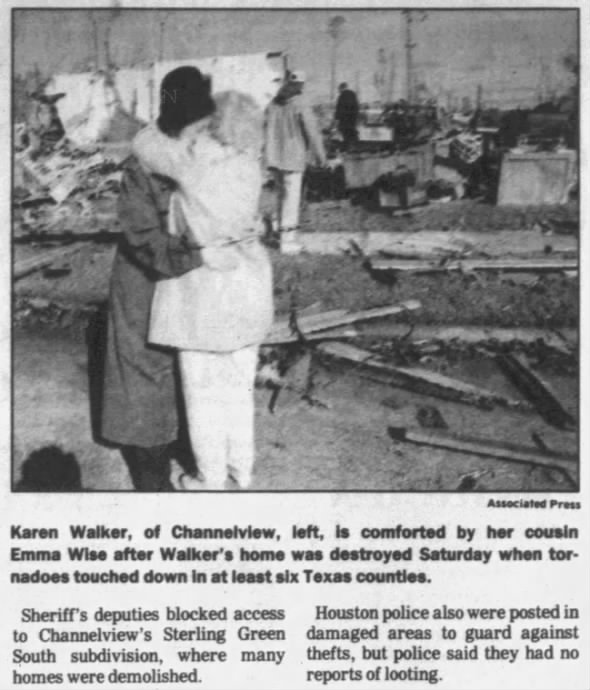 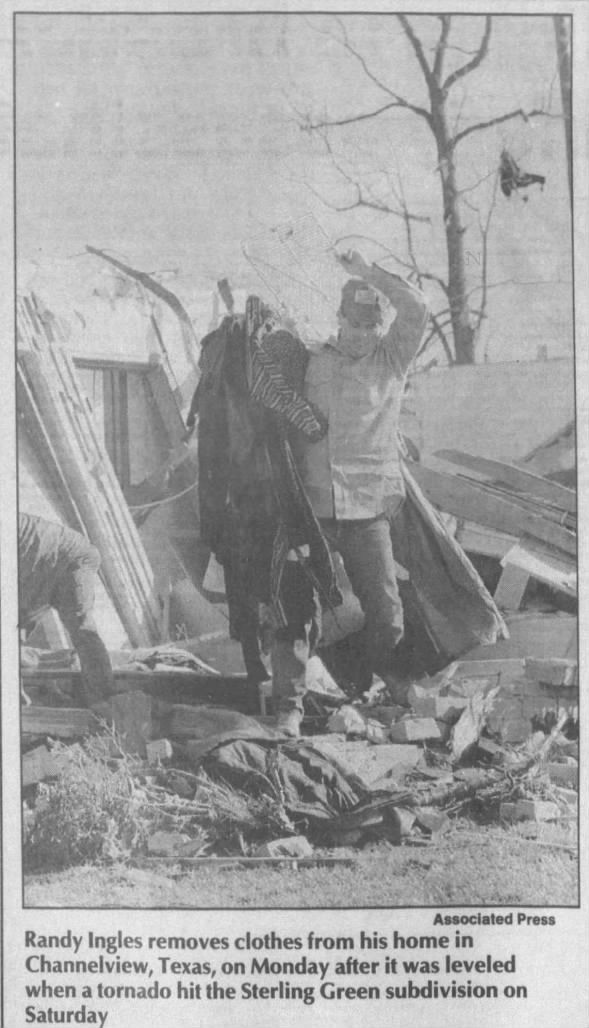