Per the Storm Prediction Center, 8 tornadoes occurred on May 25, 2016. Half of those were in Kansas from an isolated supercell.  The strongest tornado was a long track EF-4.  It began north of Niles, KS and traveled for close to 90 minutes finally dissipating just west of the Dickinson and Geary County line.  The estimated peak winds = 180 mph.  EF4 (violent tornado) damage was noted just southwest of Chapman where a farmstead was completely destroyed.

The 26 mile long violent tornado began 1-2 miles NNE of Niles Kansas and destroyed 2 homes in Ottawa county before crossing into Dickinson county. The tornado produced high end EF3 damage in extreme eastern Ottawa county. Only 3 minor injuries were reported but none requiring a trip to the hospital.

The long track violent tornado began 1-2 miles NNE of Niles Kansas and destroyed 2 homes in Ottawa county before crossing into Dickinson county north of Solomon. The tornado tracked 2-3 miles north of the city of Abilene following a meandering path approximately east along 2700 avenue in Dickinson county before veering southeast and crossing interstate 70 approx. 2 miles west of the city of Chapman. The tornado then moved ESE and then east along a path around 1 mile south of Chapman destroying 1 farmstead and several other homes in the area. The worst damage was done to a farmstead 1 mile southwest of Chapman along old highway 40 where the home was destroyed and all outbuildings were blown away. The sub floor of the home was removed from a bolted sill plate and the poured concrete foundation was cracked on the south side exposing the rebar where the strongest forces from the lifting structure occurred as it was being removed and blown away likely occurred. Much of the brick facade of the home did remain where it fell around the structure however so the area was not swept clean. Winds approaching 200 mph were likely in this area while a woman home at the time took shelter in the basement and was ok with only superficial injuries. The approximate number of minor injuries was 5 reported to NWS however none required a hospital visit.

Radar loops of the long-lived tornadic supercell via NWS Topeka 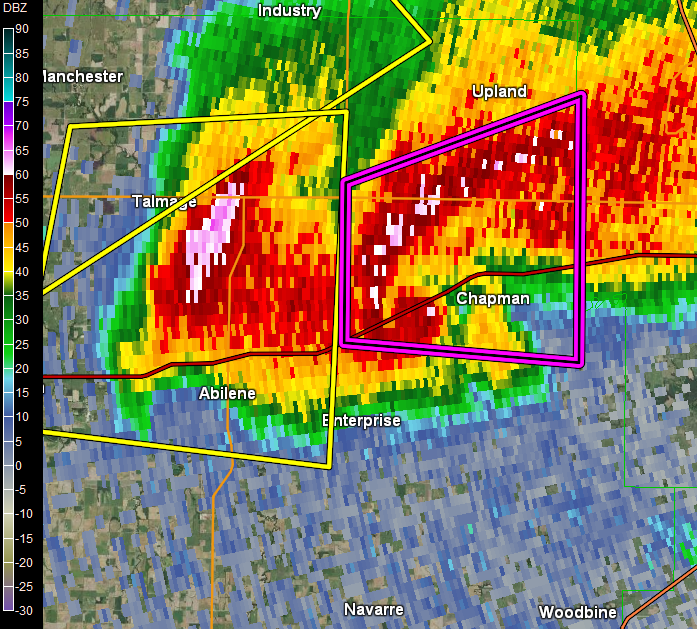 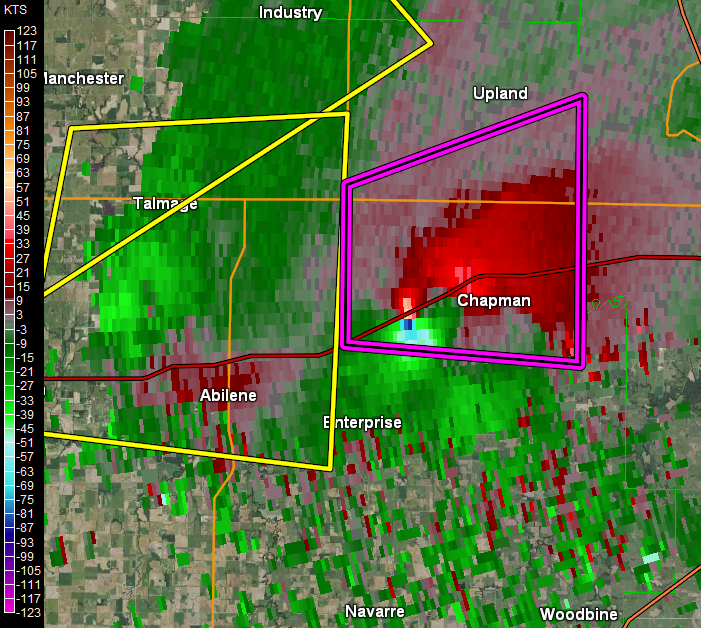 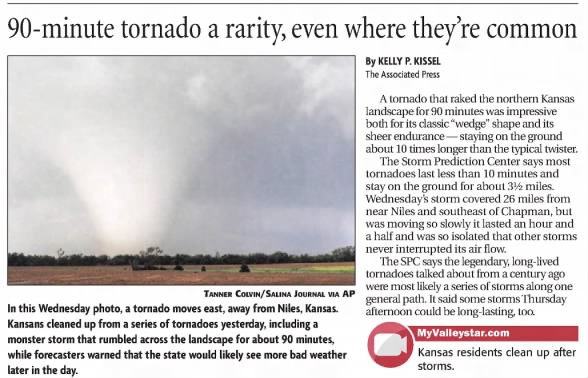 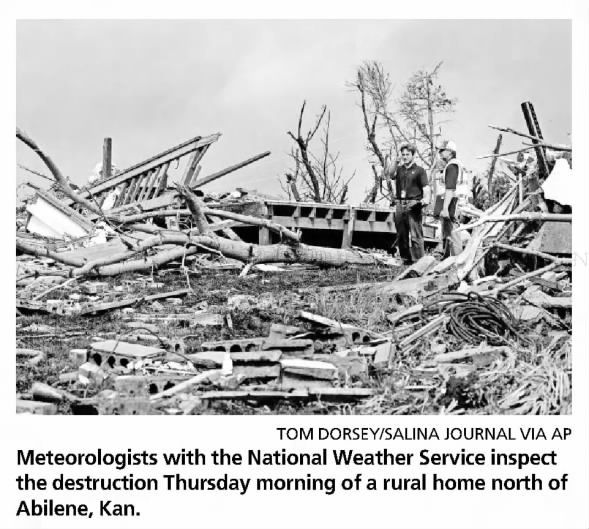