13 tornadoes occurred across parts of PA, NC and VA on April 1, 1998.  This summary looks at a Virginia tornado rated F3.  This was entered into the SPC database as 2 separate tornadoes:  An F3 in Hanover County and an F2 in Caroline County.  The Storm Data entry on this event though states, “Supercell thunderstorm produced a tornado along a 9 mile path extending from near Coatesville in northwest Hanover county eastward into south central Caroline county southeast of Ruther Glen. The damage path was nearly continuous along this track, with damage intensity ranging from F0/F1 to strong F2/F3 in a couple of locations along the path.”  There should only one tornado listed.

Damage path ranged from about 200 yards wide to near one quarter of a mile wide at its widest.  The most significant structural damage occurred to two homes east of Coatesville.  One home was completely destroyed and another severely damaged. Numerous other homes in northwest Hanover and south central Caroline counties sustained lesser damage.  In addition, two mobile homes were destroyed in Caroline county.  Several churches sustained damage, and several outbuildings were severely damaged or destroyed.  There were two areas along the tornado path where entire groves of pine trees were completely flattened by the tornado.  There was one minor injury in Caroline county.

There were two fatalities.  Sheila Giles and her infant son Jeremiah were killed in their home in Coatesville. 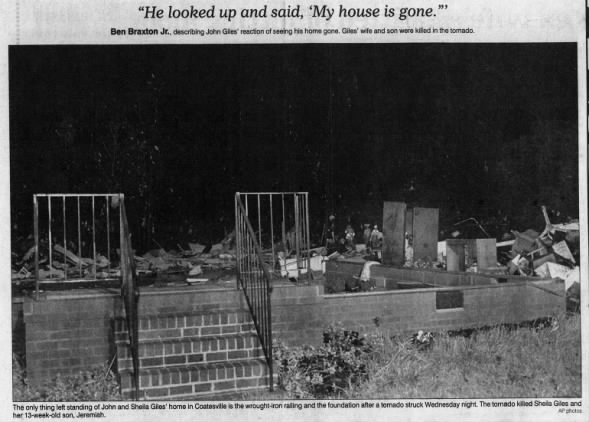 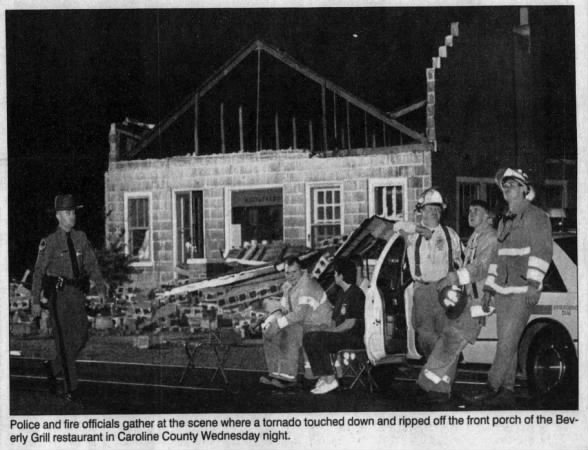 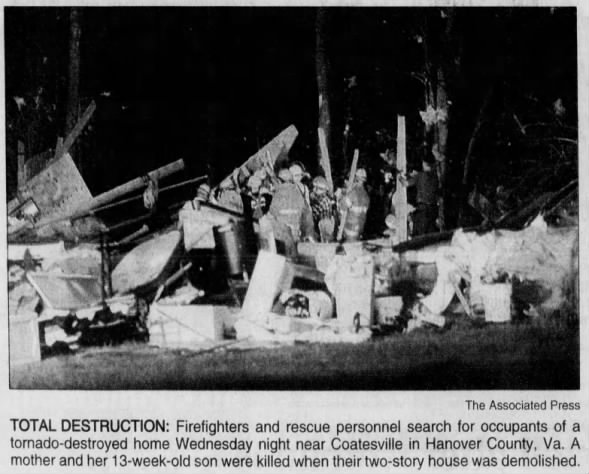 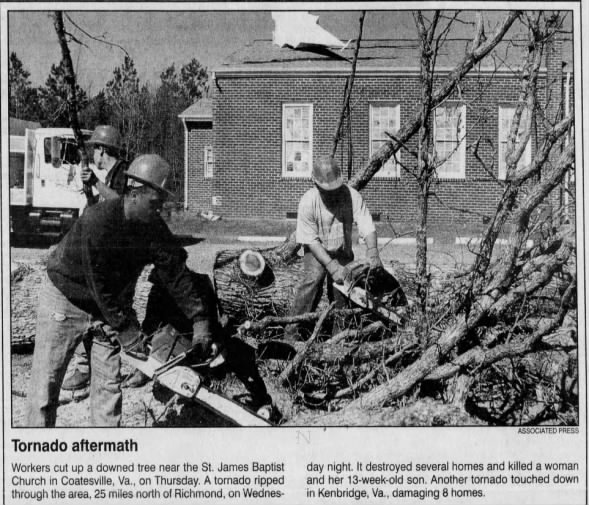 Summary and Pics of this Event by Bill Hark