A total of 21 tornadoes occurred on October 24, 1967. There were five given a rating of F3 and we look at one of those in this summary. This F3 tracked 15 miles through parts of Colbert and Lawrence Counties in Alabama. The tornado began near Colbert Heights and moved ENE to north of Leighton and north of Town Creek.

In the Cooks Lane Community south of Tuscumbia, a house trailer was destroyed. From here, it moved through more rural areas. Trees were uprooted, power lines were downed and several barns had severe damage.

Toward the end of the track, seven houses were demolished and a church was damaged. There were three injuries. One injury occurred when Jesse McQuire was lifted out of his house and dropped 200 feet away INTO another house. I have attached a newspaper article mentioning this event. It also notes that the house he was dropped into was destroyed but a dozen eggs were found in the kitchen with nary a crack. 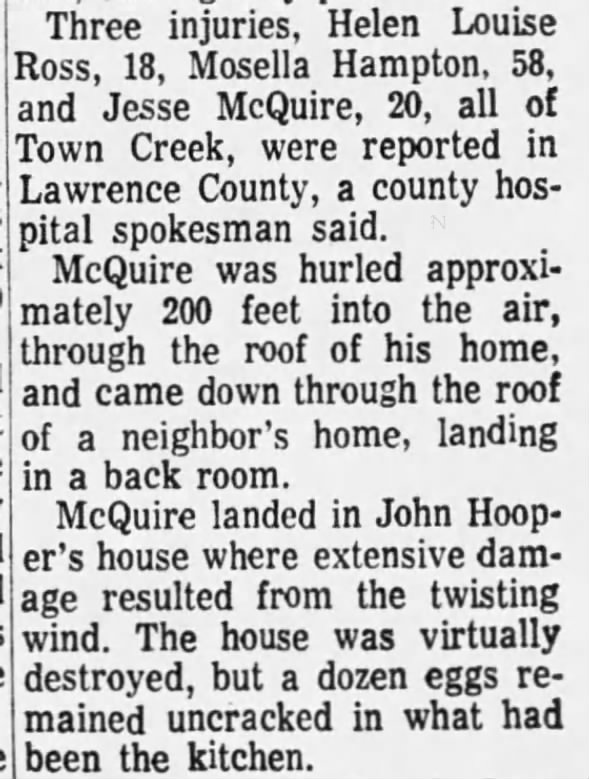 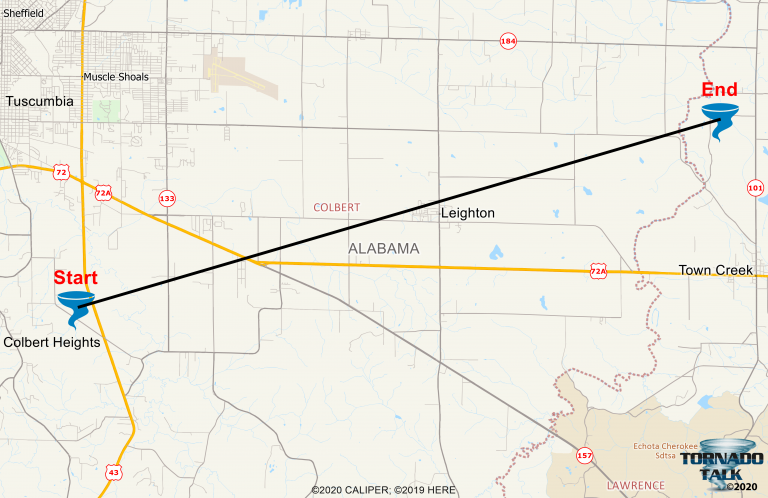 We gathered information for this event from the SPC & NCDC Databases, the October 1967 Storm Data Publication and Thomas Grazulis in Significant Tornadoes and found the following differences: