Five tornadoes occurred on June 4, 1958 in Northwest Wisconsin.  Here is a breakdown of each:

This summary explores the history of the F5.  It was actually the first tornado in this family of twisters.  The tornado moved east from 4 miles SW of Woodville to 1 miles South of Knapp.  It then moved along the north edge of Menomonie.  The tornado made a turn to the ENE and crossed through the south and east parts of Colfax.

Per Thomas Grazulis in Significant Tornadoes, 3 deaths occurred in the early part of the path (before hitting Colfax).  The greatest loss of life occurred in Colfax.  Per Grazulis, at least 15 killed here.  Dozens of homes were leveled.  Before lifting ENE of Colfax, farm houses were demolished.  Two were killed when a car was thrown from Highway 40 near the end of the path.

There are discrepancies on the number of injuries.  More than likely the total exceeded 100 (the SPC only lists 74).  One of those critically injured was a baby girl who was thrown 300 feet into a ditch in Colfax.

The SPC/NCDC coordinates seem to place the latter part of the track too far north.  Per the research of Thomas Grazulis, the tornado moved SW of Woodville, South of Knapp, hit north edge of Menomonie and then turned ENE to hit south and east parts of Colfax.  The official latitude and longitude points take the track north of Colfax.  Note:  I read a few other accounts that there was damage on the north side of Colfax as well.  CDNS mentioned “two funnels” but place them both south of Colfax.  Perhaps there was another tornado not accounted for?  Regardless, the ending part of this path should be shifted south. 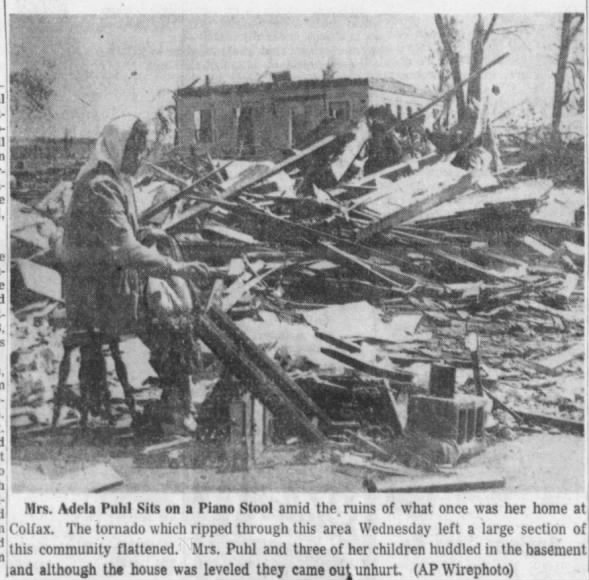 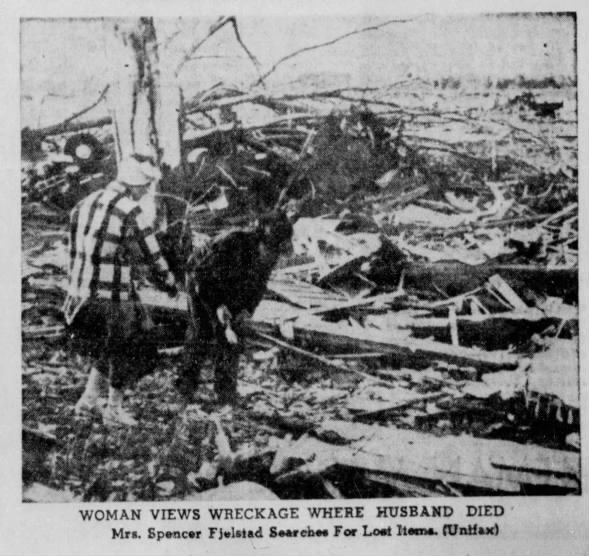 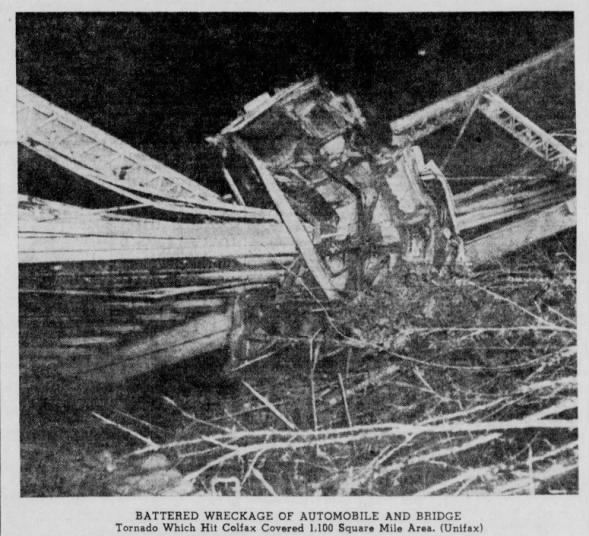 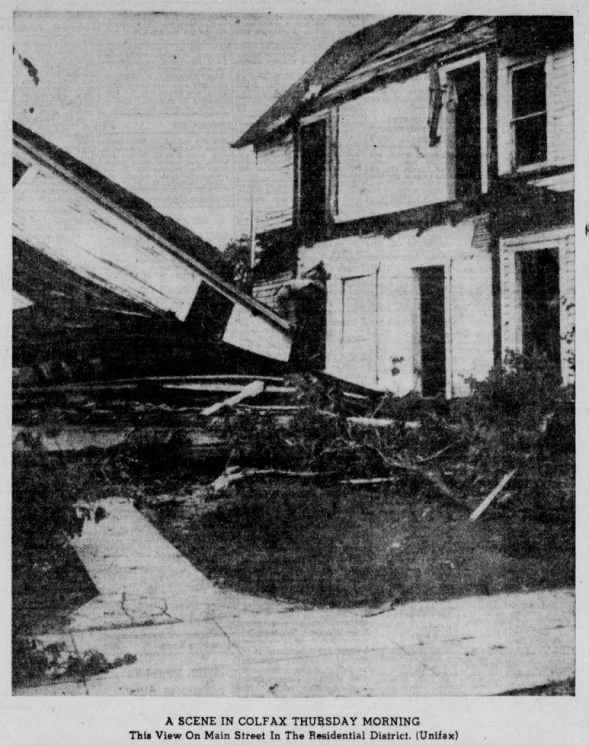 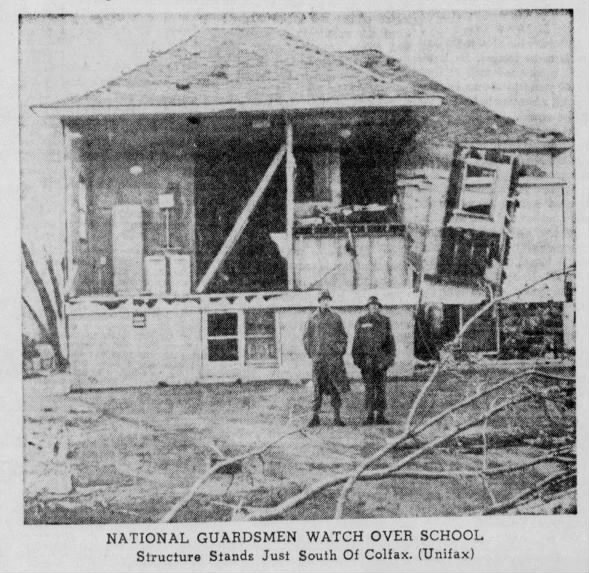 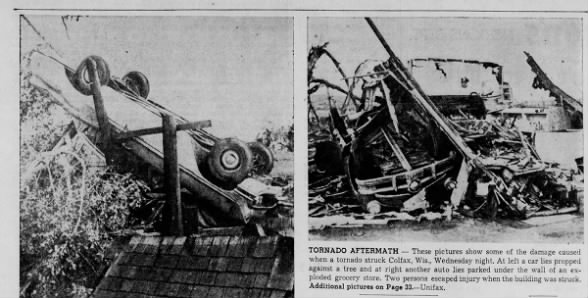 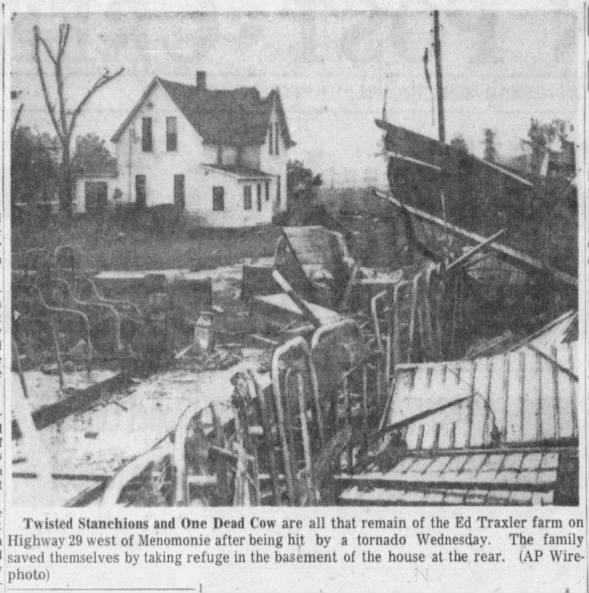 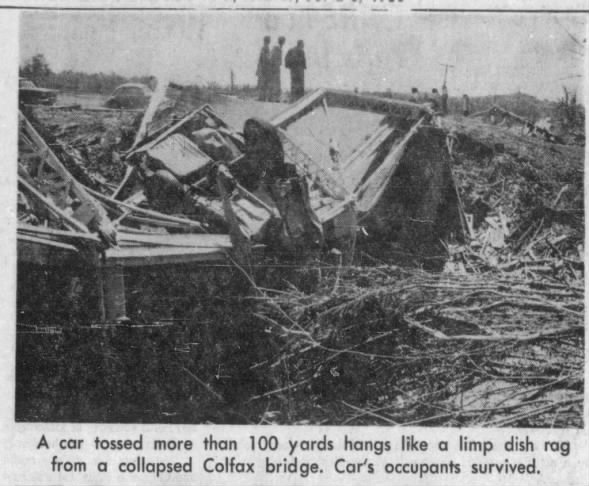 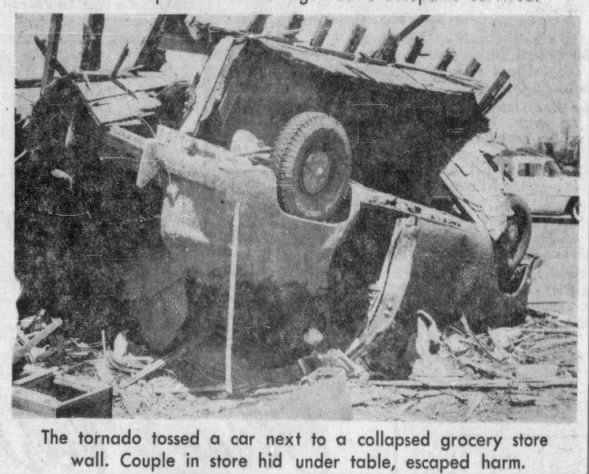 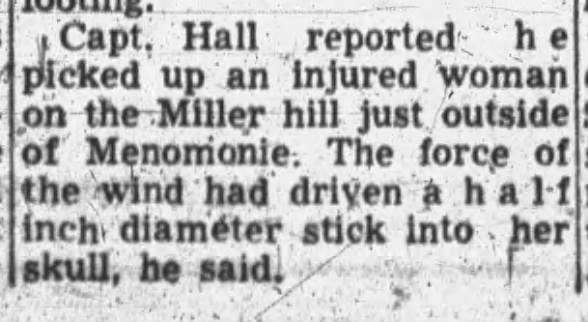 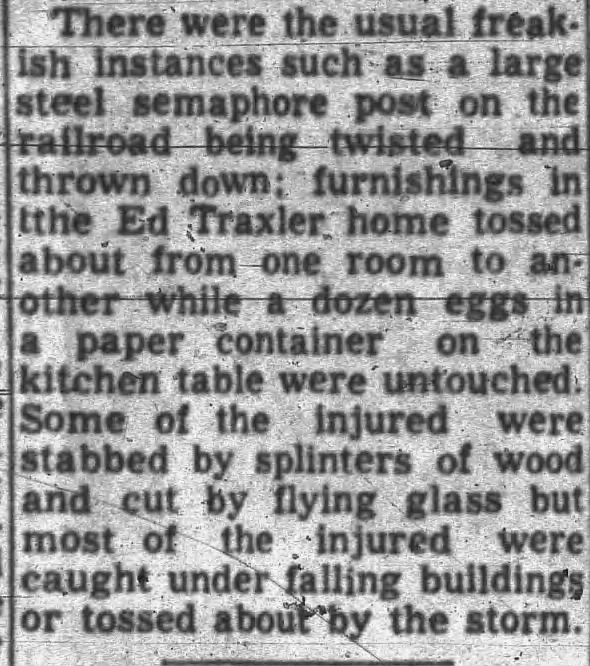 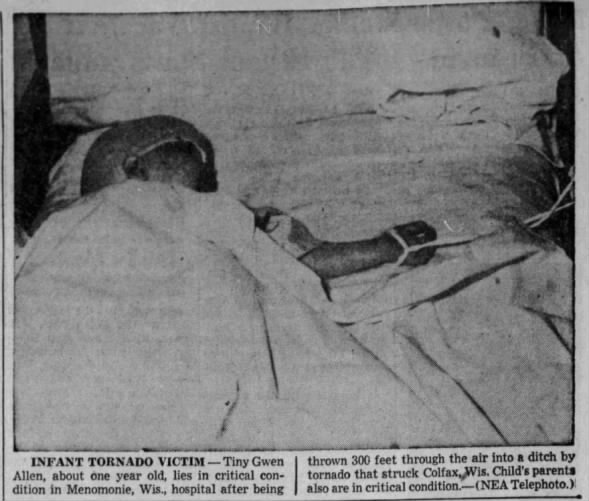 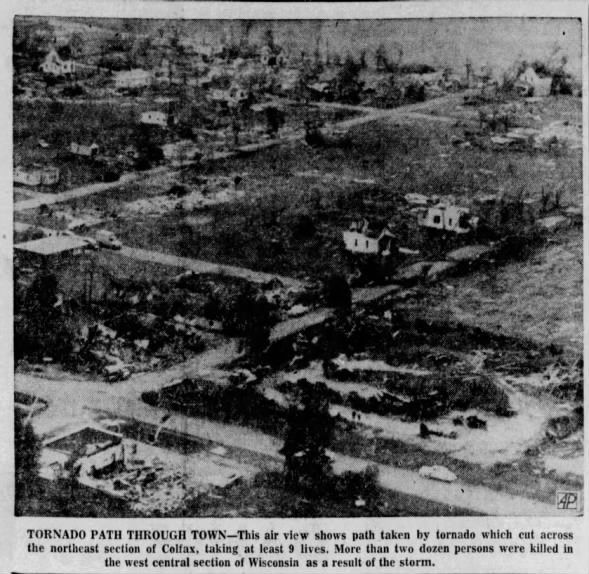 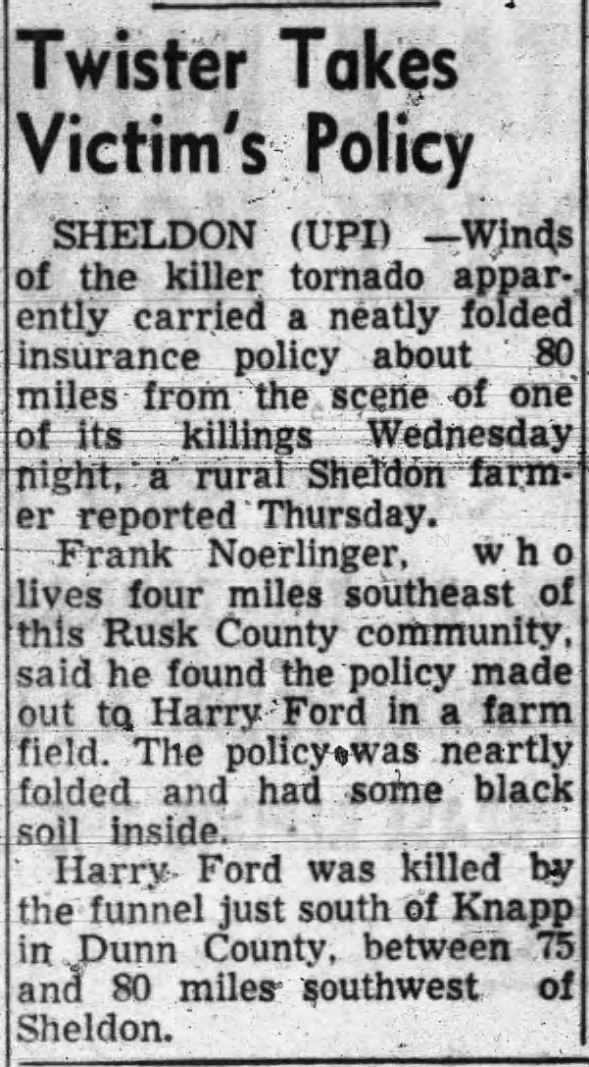 We gathered information for this event from the SPC & NCDC Databases, the June 1958 Climatological Data National Summary (CDNS) and Thomas Grazulis in Significant Tornadoes and found the following differences:

[…] in Wisconsin. The tornado caused 21 fatalities, with most occurring in the town of Colfax. Click HERE for more information from […]