On October 10, 1992, an F2 tornado moved a quick two miles through Columbus, MS.  Per the Storm Data entry, the twister developed near the city limits on the northwest side of town and moved southeast.  There were 16 injuries and no fatalities.  Two mobile homes were destroyed and five other sustained damage.  Three frame homes were demolished, 70 others were damaged. 30+ businesses received damage. At the Mississippi University for Women, the tornado toppled the top of the historic clock tower at Callaway Hall.  The “Old Maid’s Gate” at the front of the school was destroyed. Just over 10 years later, the school was hit again by a stronger tornado.  An F3 caused extensive damage to several buildings on campus on November 10, 2002.

Here is a photo of the clock damage via a Hazard Mitigation Plan Five Year Update for Mississippi University for Women (MUW) Columbus, Mississippi, Lowndes County.

Corrected Coordinates based on description in Storm Data entry: 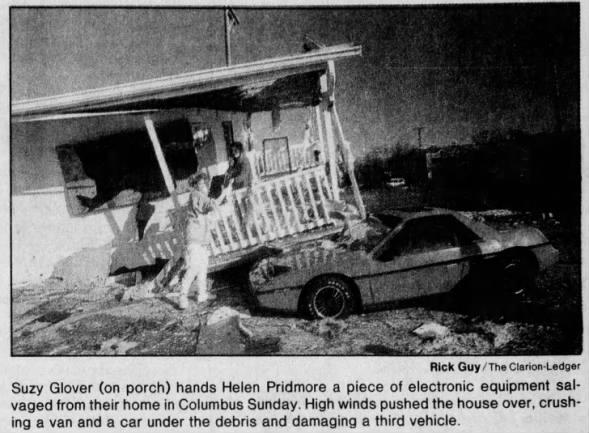 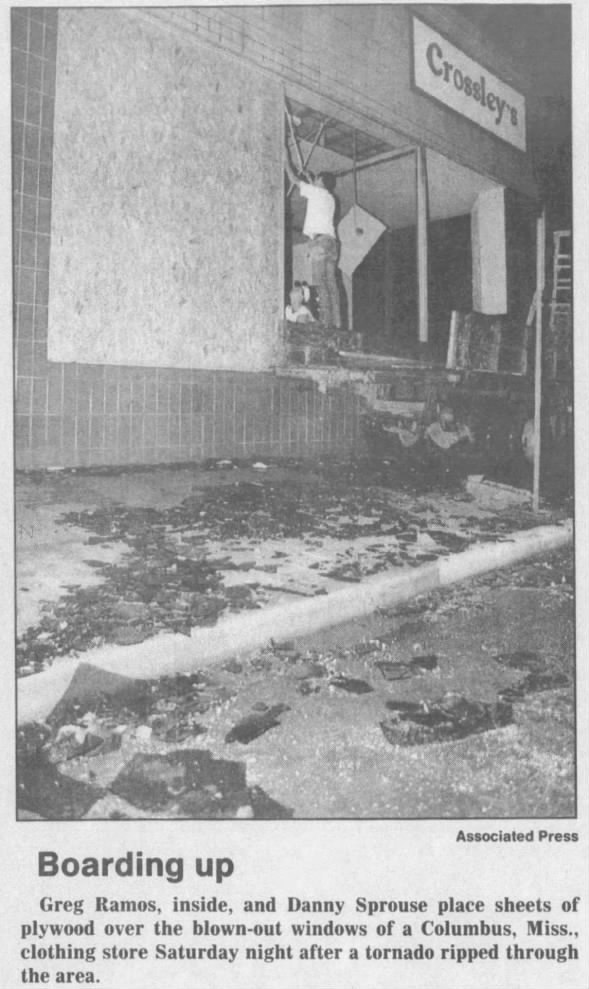 We gathered information for this event from the SPC & NCDC Databases, the October 1992 Storm Data Publication and Thomas Grazulis in Significant Tornadoes and found the following differences: