11 tornadoes struck parts of south-central and southeast Texas on January 14, 1991. The strongest was an F2 that hit in Bastrop County. Three homes were damaged and young calves were killed in a pasture. This summary focuses on an F1 tornado in Colorado County. Even though the tornado was “weaker”, it still caused great damage and there was a fatality.

The tornado struck the Milentz Trailer Park in the town of Columbus. Four mobile homes were destroyed. Several residents were injured and one died of injuries 13 days after the event.  I searched the archives of the Colorado County Citizen and found the name of the person who passed away. James R. Colquitt died of a ruptured spleen on January 27 at Hermann Hospital in Houston.  This was reported in the February 6, 1991 edition.

A convenience store was hit and folks inside were trapped briefly. After hitting the store, the tornado lifted over a residential area. It then set down again, causing significant damage to six homes.

The historic William Harbert Plantation was destroyed. It was over 150 years old. Several tractor trailers were damaged near I-10. Two were lifted up, turned sideways and tossed on the side of the road. 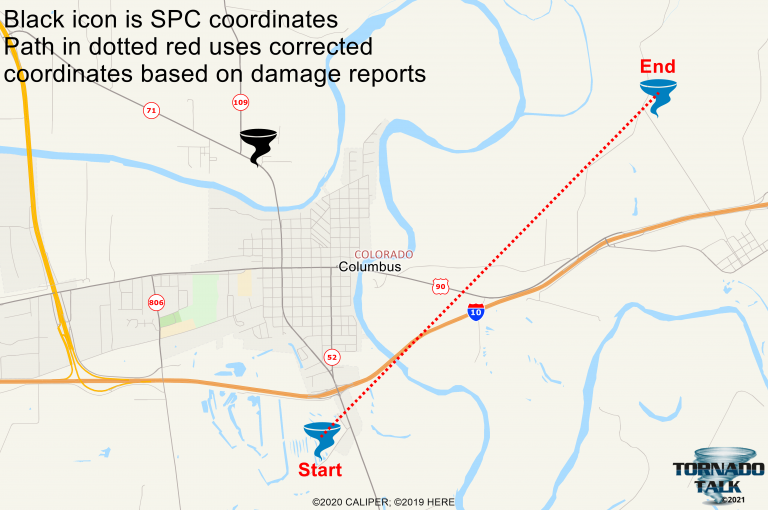