The strongest tornado outbreak in Oklahoma for the month of October occurred on October 9, 2001.  Per the NWS Norman, five supercells produce a total of 19 confirmed tornadoes.  Three of these were given a rating of F3 and all three moved through a part of Washita County.

The first F3 formed in NE Beckham County near Elk City.  It tracked NE for 11 miles through parts of Washita and Custer Counties.  The second F3 hit in Washita County near Cordell.  We look more closely at this event in this summary.  The last F3 developed in Kiowa County near Gotebo and moved into Washita County.

Per the NWS survey, the Cordell tornado developed on the southwest side of town.  In this area, a mobile home and metal warehouse were “blown into a farmhouse.”  The tornado tracked through the south, east and northeast parts of Cordell.  The survey states that the damage south of Main Street was mainly rated F0 or F1.  North of Main street, the tornado had a wider path (approximately 500 yards).  From this area north of Main Street to 12th Street, hundreds of homes were damaged with most receiving an F1 or F2 rating.

The worst damage (F3) was found at several homes on 9th Street just west of Crider Road.  This was on the northeast side of town.  Per the NWS Norman, “An F4 rating was considered; however, the structural integrity of most structures was at or below average, and was taken into consideration.”  Eyewitnesses report that the tornado “was widest and contained the most violent-looking winds” in this area.  The tornado ended 3.5 miles northeast of Cordell. 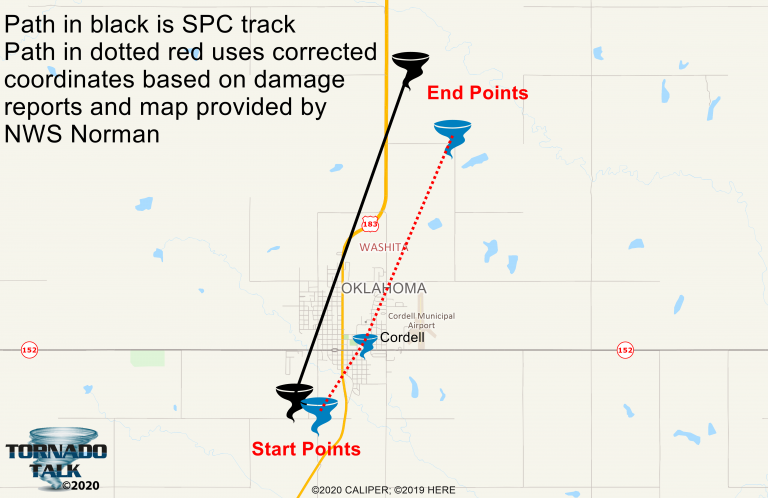 This document was a part of the NWS Norman Summary. 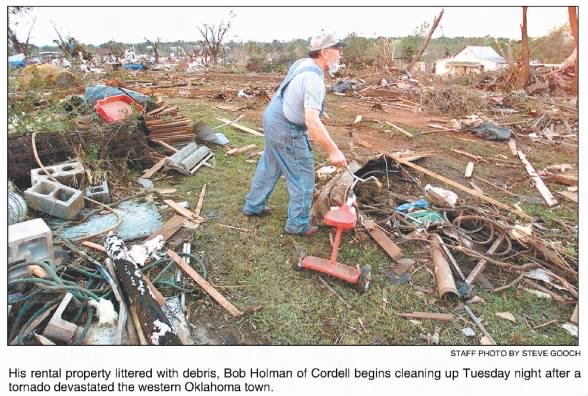 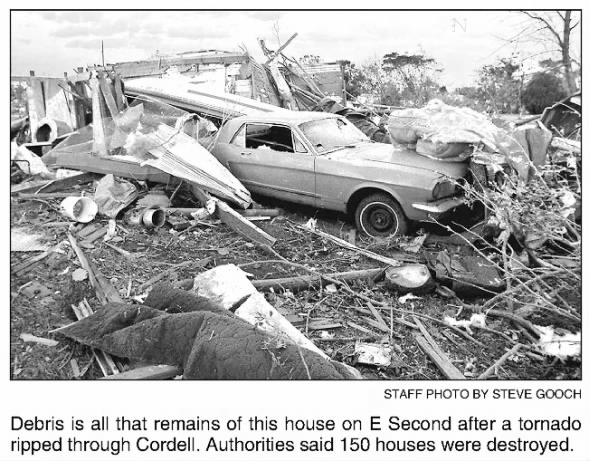 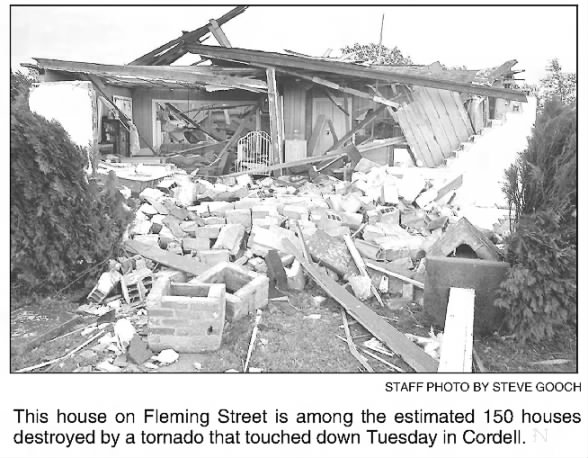 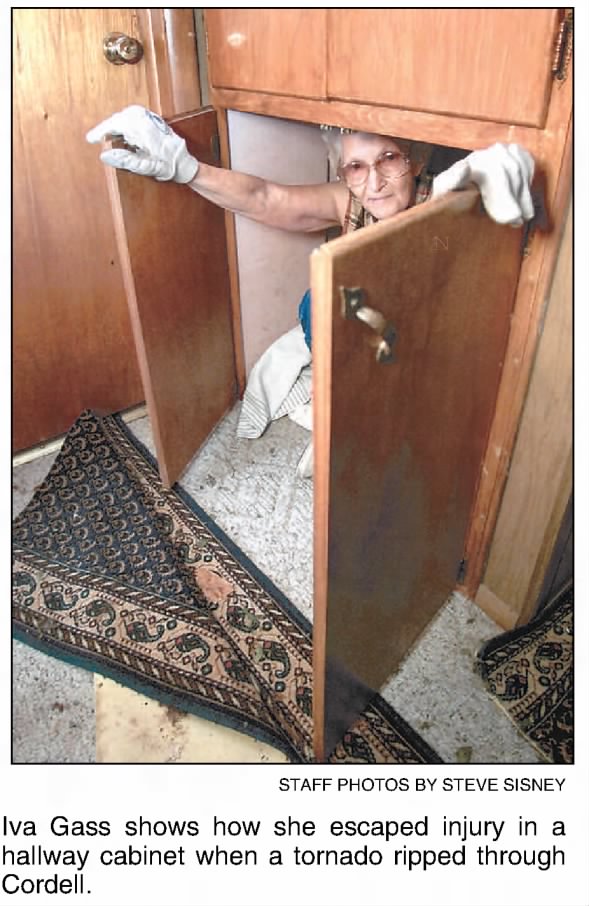 NWS Norman Summary of the Event