The SPC Database lists three tornadoes in Okaloosa County on January 5, 1962.  Storm Data and Grazulis document two events:  One in Destin and one in Crestview.  The tornado at Destin was a waterspout that came ashore.  Several beach cottages were damaged.  Rating given was F2.

In this summary, we look at the Crestview event.  The damage was caused by twin tornadoes.  It was documented in the Storm Data Publication as “two tornado clouds, about 100 yards apart and each making paths about 100 yards wide.” They had parallel paths that moved to the northwest into a residential area in Crestview.  Per Thomas Grazulis in Significant Tornadoes, 10 frame homes and 10 trailers were destroyed.  300+ other homes damaged.  Six businesses were destroyed.

There is a discrepancy on the injury count.  Grazulis lists 65 injuries while the SPC and Storm Data Narrative have 30 injuries.  Some newspapers had higher injury counts similar to Grazulis: 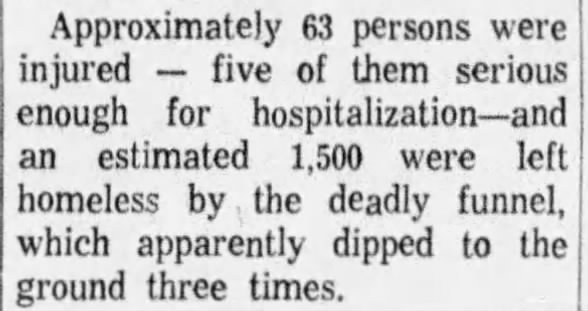 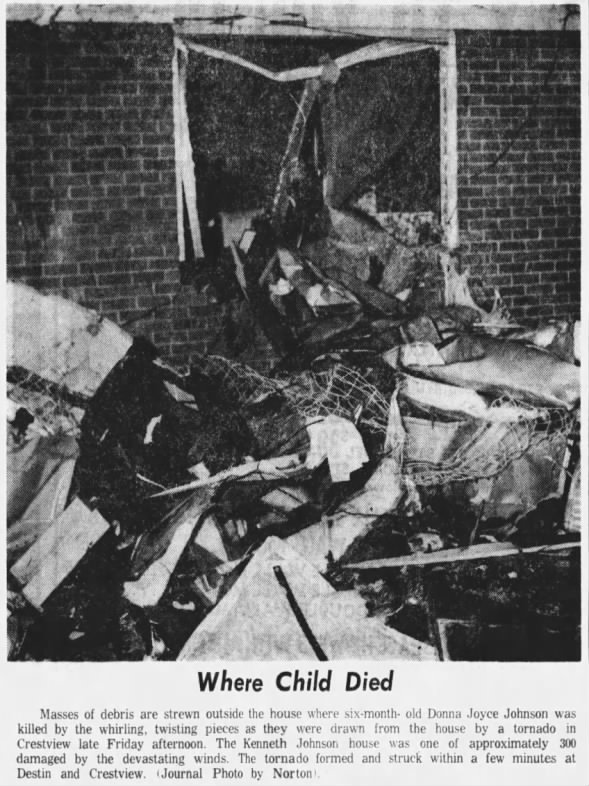 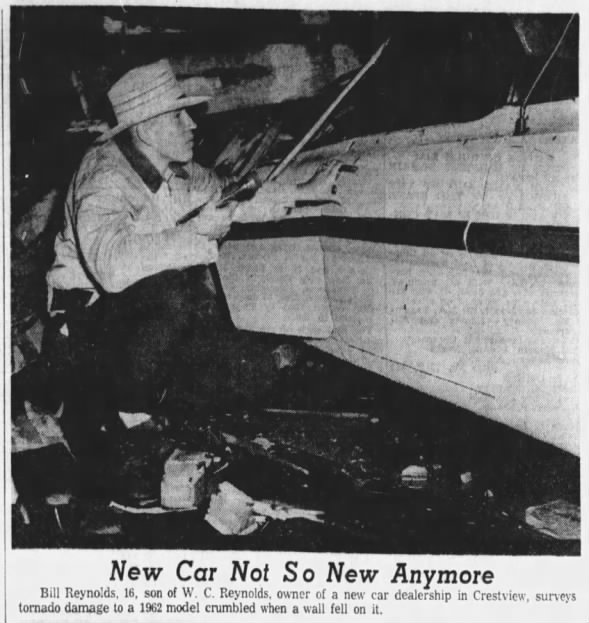 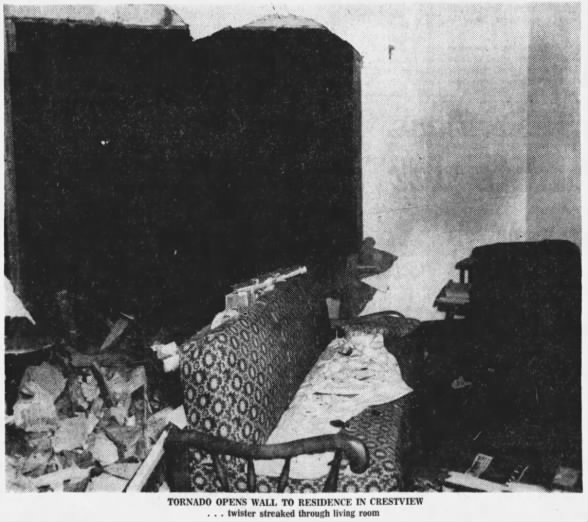 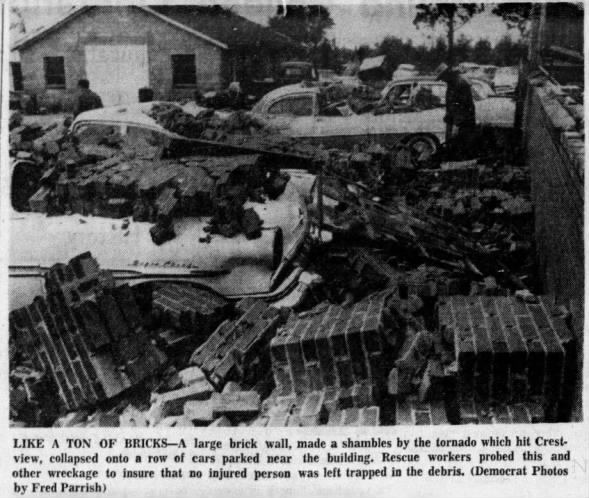 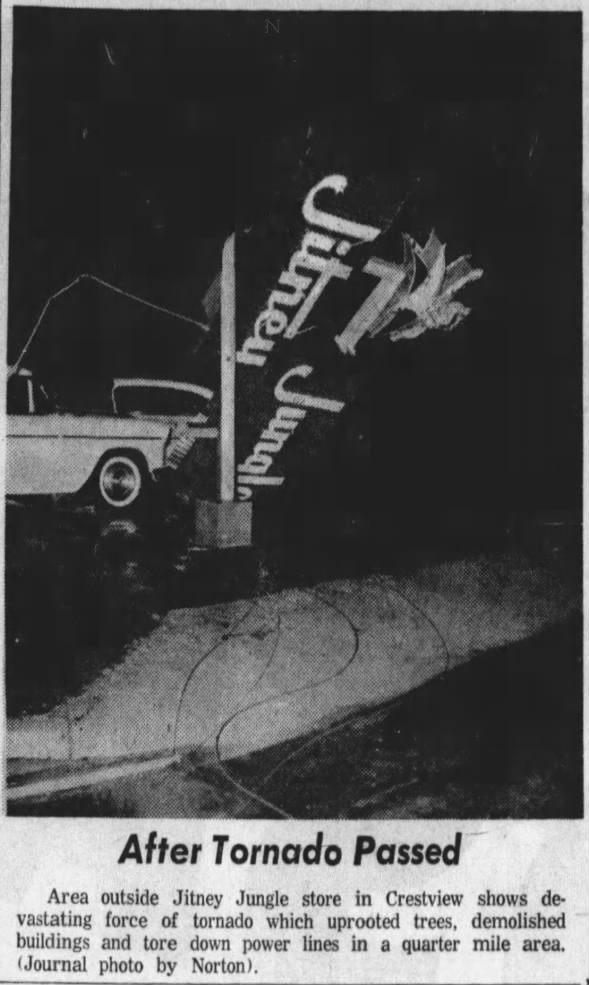 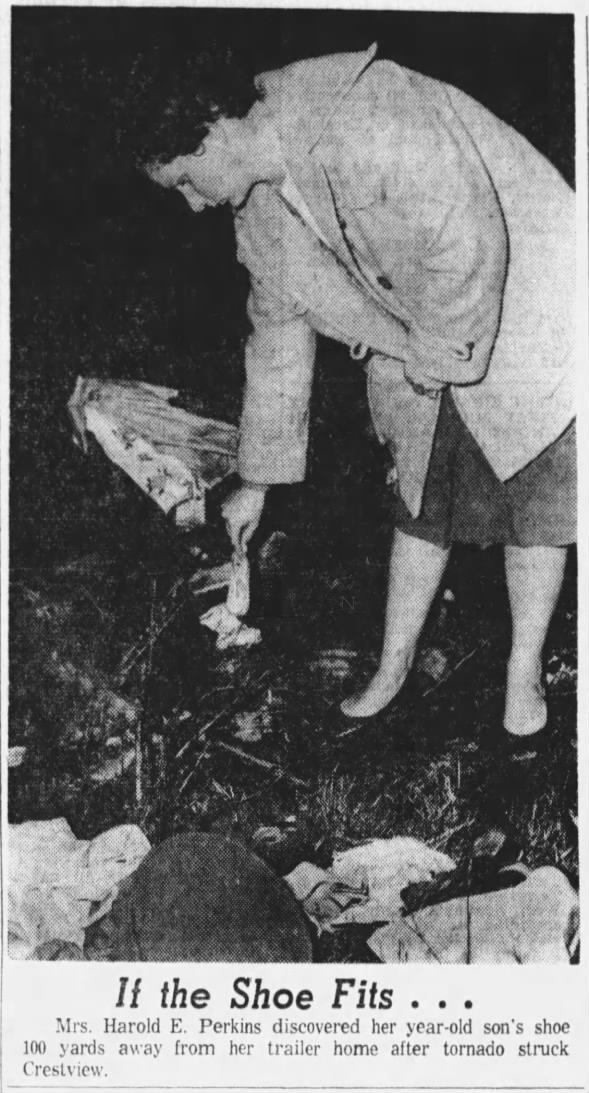 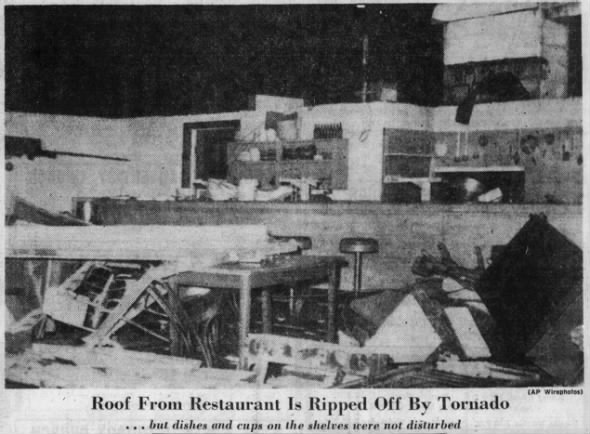 We gathered information for this event from the SPC & NCDC Databases, the January 1962 Storm Data Publication and Thomas Grazulis in Significant Tornadoes and found the following differences: