An outbreak of 39 tornadoes occurred November 29-30, 2016. There were three rated EF3 and we look at one of those that hit parts of Morgan County, AL in this summary. This tornado traveled just over six miles. It began along Danville Road, just east of the Lawrence County line and ended on the NE side of Herring Road.

Damage near the start of the path was primarily to trees. There was minor damage to a shed.  The National Weather Service (NWS) survey noted that the tornado strengthened as it crossed the intersection of Maddox Road and Johnson Chapel Road.  Hardwood trees in this area were snapped near the base and a home had significant damage.

Several homes were heavily damaged along northwest Maddox Road.  One home “had the roof and a large section of the wall blown out.” The residents of the home took cover in an interior hallway and survived. Damage was estimated in the high end EF-2 range.

The tornado moved over Danville Road.  A multi-story home had significant damage.  Roof uplift was noticed. A large industrial garage was destroyed and a convenience store was damaged. The owner’s family took shelter in an interior hallway.

Near Neel School Road, the roof was removed from the Neel Volunteer Fire Department. Large metal trusses were bent. Other nearby structures were destroyed. Near Singleton Road, many homes had roof damage.

Maximum intensity was noted by the The National Weather Service survey near Boys Ranch Road on the eastern edge of Bogar Loop. Here, low end EF3 damage with winds at 140 mph was found. “Here a home suffered complete roof loss and partial wall collapse.  An anchored mobile home was obliterated with the contents thrown over 100 yards.  A motor cycle repair shop that included an anchor bolted large shop building was nearly wiped clean with motorcycles thrown or rolled large distances.  An SUV parked here was thrown and then rolled about 75 yards.”

Beyond this point, the tornado crossed through hilly terrain and began to weaken.  Widespread tree damage occurred north of McCleskey.  A home had a damaged roof due to falling trees.  An outbuilding was destroyed. Additional roof damage occurred to a conventional home and a mobile home near Herring Road. This was the final damage recorded by this twister. 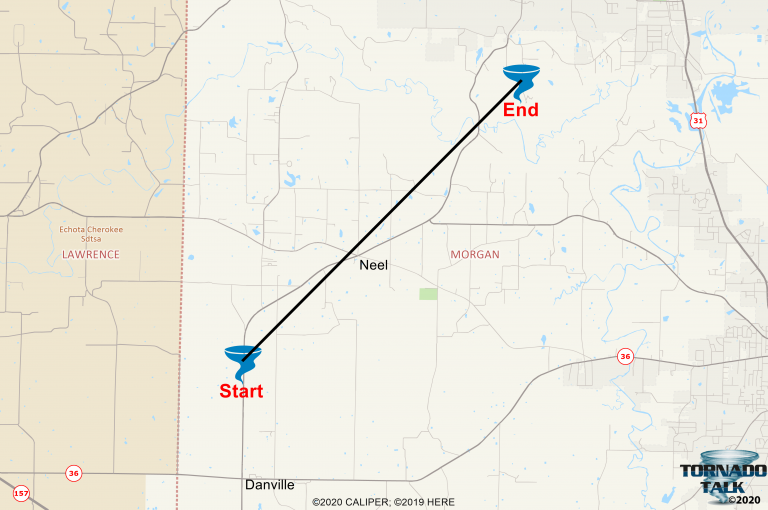 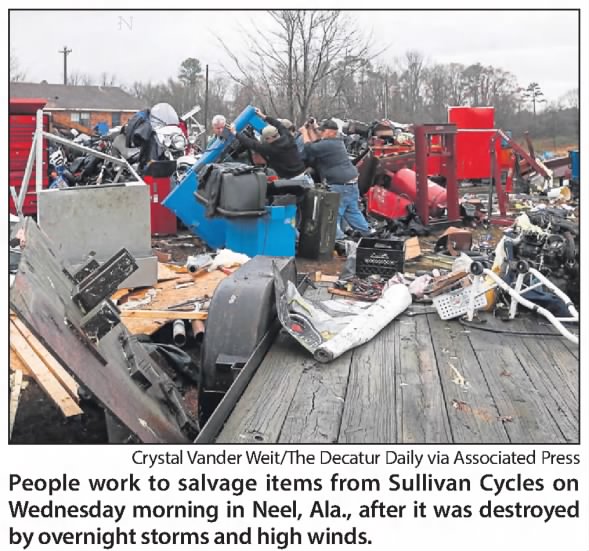