One tornado was reported on January 16, 2000 and it was in the state of Washington in Columbia County.  A strong occluded front moved across the Columbia Basin.  At 9am PT, several people witnessed a tornado develop just south of US Highway 12, one mile SW of Dayton.  In this area, the second story of a barn was damaged and a mobile home was flipped over.  Per the survey, the tornado tracked intermittently for about a mile through the south side of Dayton. “This path followed the floodplain of the Touchet River, which is just to the north of Rock Hill.  Rock Hill is a 700 ft. ridge just to the southwest of Dayton.”  A 50 yard wide section of a line of trees were downed along the east side of the river. An elementary school on the south side of Dayton had some roof damage. There was damage to a house on Peabody Hill SE of Dayton. A large tree fell on the house and a brick chimney collapsed. 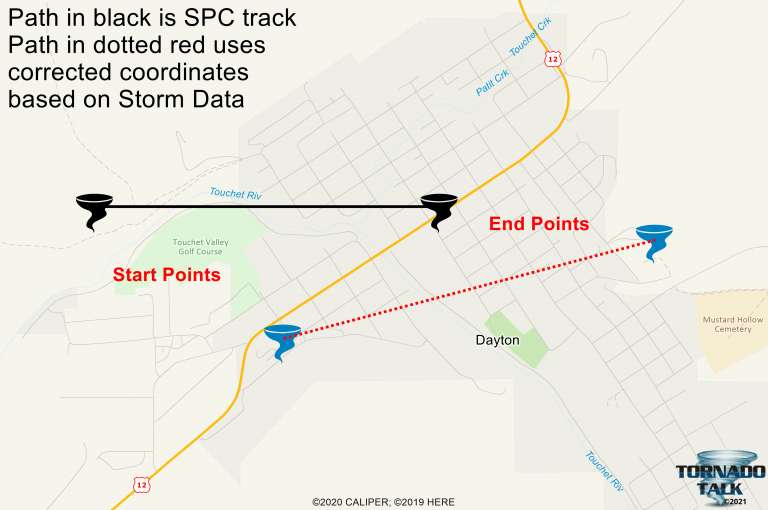