On This Day: December 13

A total of six tornadoes occurred on December 13, 1977 across portions of Texas, Louisiana and Mississippi. In this summary, we look at an F3 that hit in NE Harris and SW Liberty Counties in Texas. The path length was 25 miles. It began near Loop 610 and McCarty Road in NE Houston. There was one fatality and 40 injuries. Read the full summary here! 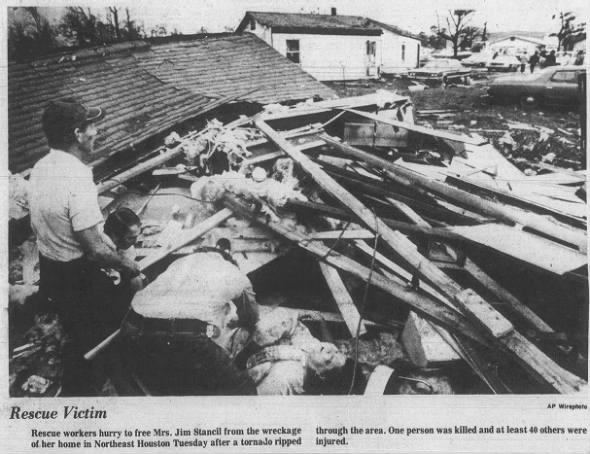 December 13, 2020: an EF1 tornado touched down briefly near Morrow, LA. It remained mostly over rice fields, but it did snap a few trees in shelterbelts. Source.

On this day in 2003, Former Iraqi President Saddam Hussein is captured near his home town of Tikrit, during Operation Red Dawn by US forces. Check out more historical events at onthisday.com!

On this day in 1989, Taylor Swift, American pop and country music singer-songwriter, was born in West Reading, Pennsylvania. Source:  Britannica.

On this day in 1995, Christopher Reeve released from physical rehab center after his fall from his horse in a riding competition! Get more daily history at onthisday.com!

On this day in 2019, Roy Loney, the founding lead singer of the influential San Francisco power pop band the Flamin’ Groovies, died age 73. The Flamin’ Groovies came together in San Francisco in 1965 when guitarists Loney and childhood friend Tim Lynch began working with guitarist Cyril Jordan, bassist George Alexander and drummer Danny Mihm. Three years later, they released the self-financed Sneakers EP, which helped them get signed to Epic. Get into the groove with more music trivia at thisdayinmusic.com!