On This Day: December 2

A total of 29 tornadoes pushed through four states on December 2, 1982. Nine twisters were in Arkansas, five of which were given an F3 rating. We look at one of those in this summary. It had an 18 mile path. 53 were injured and two were killed. Read the full summary here! 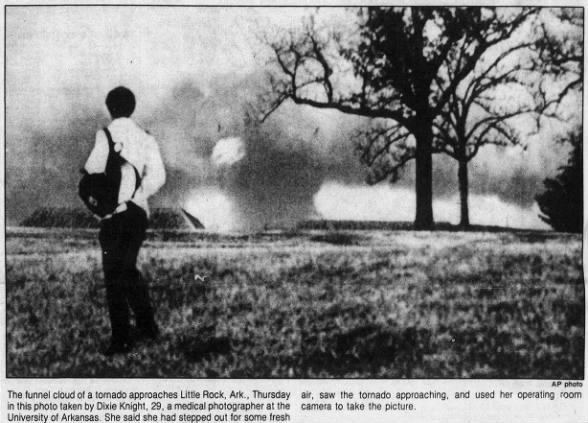 No listing in Significant Tornadoes before 1950 on December 2.

An EF3 struck the Naval Submarine Base Kings Bay in Georgia. The large tornado threw vehicles and trailers, toppled hundreds of trees, and blew over many trees on a nearby island. An anemometer measured a 144 mph gust. Four were injured.#GAwx @weather_history pic.twitter.com/rNSYbfexCg

December 2, 2019: Typhoon Kammuri made landfall in the Philippines as a Category 4. 17 people lost their lives due to the storm. Source.

On this day in 1981, Britney Spears, American singer who helped spark the teen-pop phenomenon in the late 1990s, was born in McComb, Mississippi. Source:  Britannica.

On this day in 1988, the “Naked Gun” movie based on TV’s “Police Squad” premiered! Get more daily history at onthisday.com!

On this day in 2008, American singer, actress, guitarist, songwriter, and a civil and human rights activist Odetta died of heart disease age 77. She influenced many of the key figures of the folk-revival of that time, including Bob Dylan, Joan Baez, Mavis Staples, and Janis Joplin. Time magazine included her song ‘Take This Hammer’ on its list of the 100 Greatest Popular Songs. Martin Luther King Jr. called her the queen of American folk music. Get into the groove with more music trivia at thisdayinmusic.com!