On This Day: December 21

An estimated F4 tornado moved through parts of Iron and Washington Counties in Missouri during the early AM of December 21, 1967. 52 were injured and 3 were killed along the 27.9 mile path. Read the full summary here! 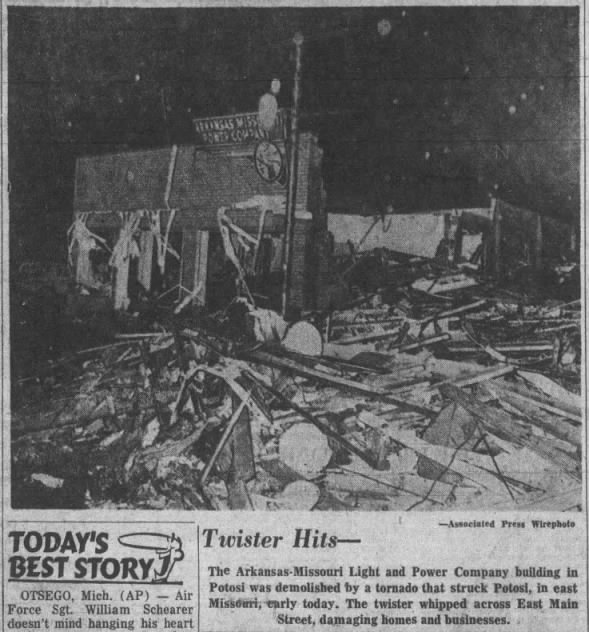 December 21, 1891: A possible F2 tornado moved “slowly” from 4 miles SW of Marshalltown to the west side of town. A house and four barns were destroyed. Grazulis report that one personal was thrown 200 yards. He lists no fatalities. Newspapers at the times stated that a man was fatally injured. 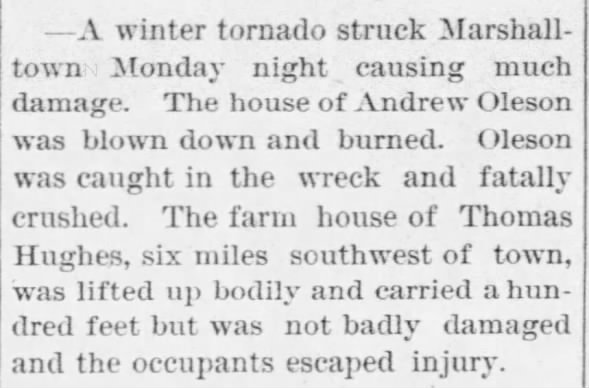 December 21, 2013: An EF2 tornado tracked for 41 miles from near Dermott AR to near Cleveland, MS. Extensive damage occurred to several homes and mobile homes and barns. Two people were injured when two tractor-trailers were tossed. Source.

On this day in 1988, 1988 The Lockerbie disaster: A terrorist bomb destroys Pan Am Flight 103 mid-air, over Scotland; kills all 259 passengers and crew on board, and 11 people on the ground. Check out more historical events at onthisday.com!

On this day in 1937, The first full-length animated feature film and the earliest in the Walt Disney Animated Classics series, “Snow White and the Seven Dwarfs”, premieres at the Carthay Circle Theatre! Get more daily history at onthisday.com!

On this day in 1992, merican blues singer and guitarist, Albert King died from a heart attack in Memphis, Tennessee. He recorded dozens of influential songs, such as ‘Crosscut Saw’ and ‘As The Years Go Passing By’, and the 1967 album, ‘Born Under a Bad Sign.’ Get into the groove with more music trivia at thisdayinmusic.com!