Per the SPC Tornado Database, there were 12 tornadoes on June 22, 1969.  The two strongest were later rated F4 and both were in Missouri.  One in Washington County and one in St. Francois County.  In this summary we look at the St. Francois Tornado.

It traveled 15+ miles from near Doe Run, south of Farmington and lifted just to the ENE of Libertyville.  22 homes were completely destroyed.  There were 4 fatalities.  Two were in a leveled home.  Two others were in a camper-bus that was swept off Highway 67.  Here is a clip from the St. Louis Dispatch about the couple who died in their vehicle. 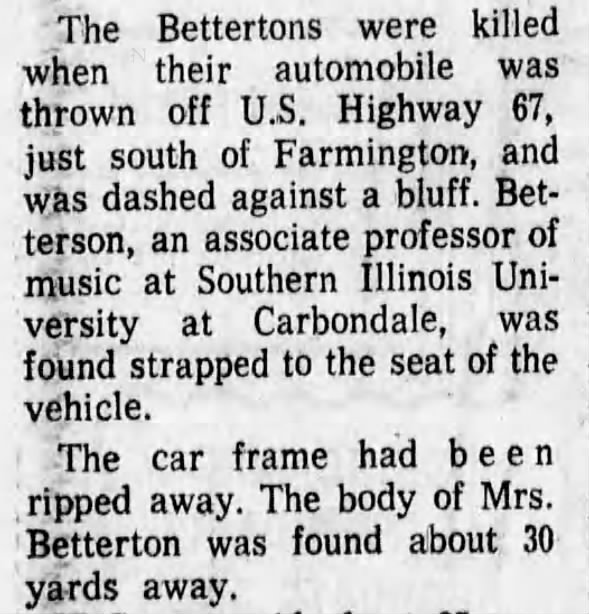 The tornado first touched down 2-1/4 miles west and 1 mile south of Doe Run, Missouri and moved east northeastward to cross Highway W in the southern portions of Doe Run, 1 mile southwest of the Highway B & W Junction.  The tornado moved straight east from Doe Run area to the intersection of US 67 and Highway H.  Two people were killed when their camper-bus was swept off Highway 67 just north of H, and two more deaths occurred just east of Highway 67 as a home was swept away.

After crossing Highway 67, the path turned towards the ESE towards Libertyville to cross Route 00 (Old Highway 67) just north of DD west of Libertyville.  The damage path became less intense with some evidence of skipping as it passed through the Libertyville area and apparently lifted about 1-1/2 miles east-northeast of Libertyville.  A total of 22 homes were completely destroyed and 90 damaged.  Numerous barns, outbuildings, power and telephone lines were leveled. 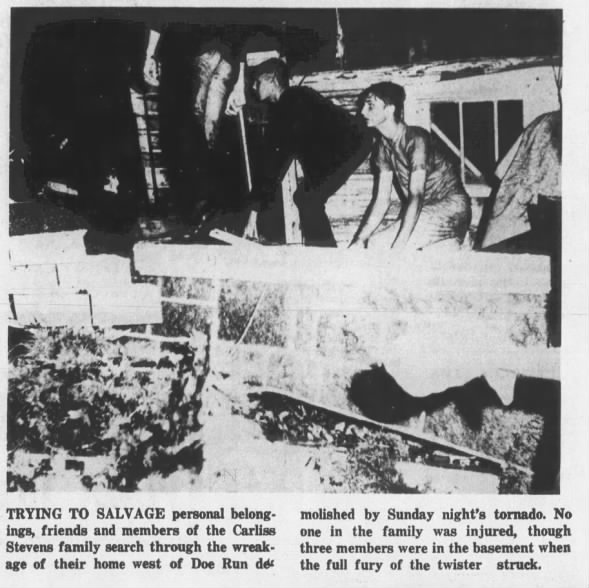 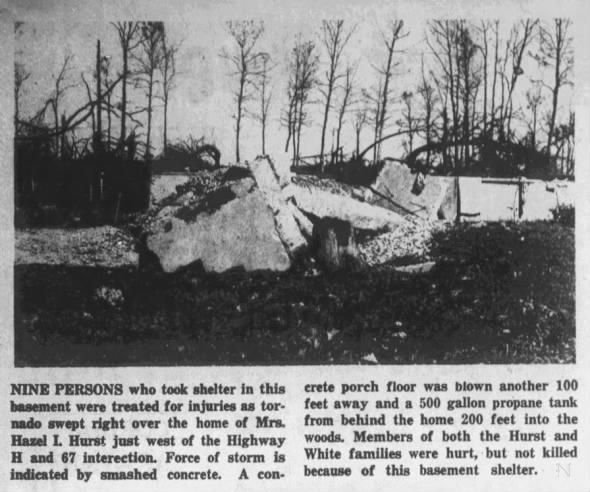 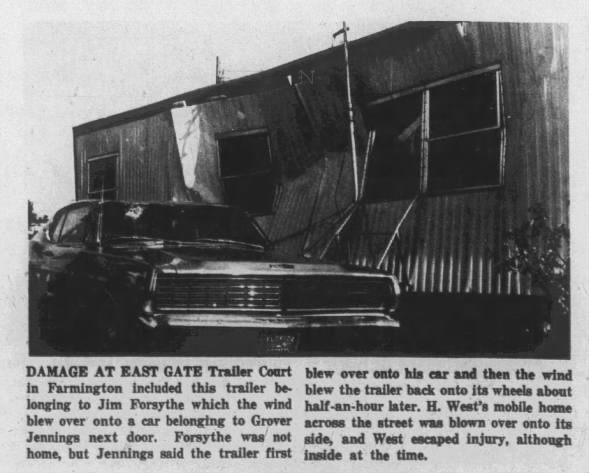 We gathered information for this event from the SPC & NCDC Databases, the June 1969 Storm Data Publication and Thomas Grazulis in Significant Tornadoes and found the following differences: