Four tornadoes were confirmed on August 14, 1988.  Two where in the state of Michigan and the strongest tracked just over 26 miles through parts of Ingham and Livingston Counties.  It developed in East Lansing and moved SE to near Dansville to north of Stockbridge and lifted near Unadilla. Thomas Grazulis in Significant Tornadoes notes this was not a continuous path but a skipping one.  There were no recorded injuries but there was a fatality.  Rex Bates died when a large oak tree fell on his camper north of Stockbridge.  Per an article in the Detroit Free Press from August 16, 1988, Mr. Bates’ wife left the trailer to go into their home right before the tree fell on it.

The funnel touched down near Harrison and Trowbridge roads in East Lansing.  A warehouse was unroofed and a wall blown from the Amtrak station in that area.  It then crossed the MSU experimental farm. 5 houses were unroofed and a garage destroyed 2 miles southwest of Okemos.  Most of the track beyond that point was through open fields. 2 rooms were torn from a house near Dansville. A barn was blown down and 11 cattle were destroyed 4 miles north of Stockbridge.  A man was killed when a tree fell on a camper 2 miles north of Stockbridge. A tree was blown down across a road north of Gregory. The funnel then lifted an was seen aloft near Unadilla. Forward speed was 53 mph. 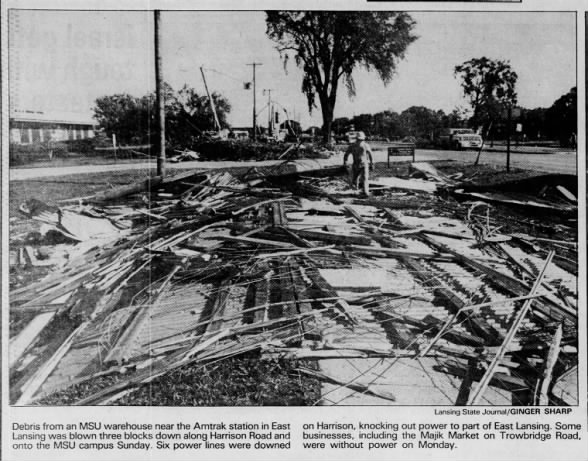 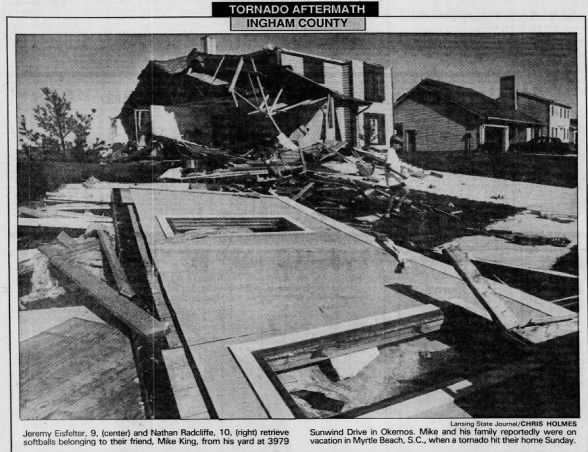 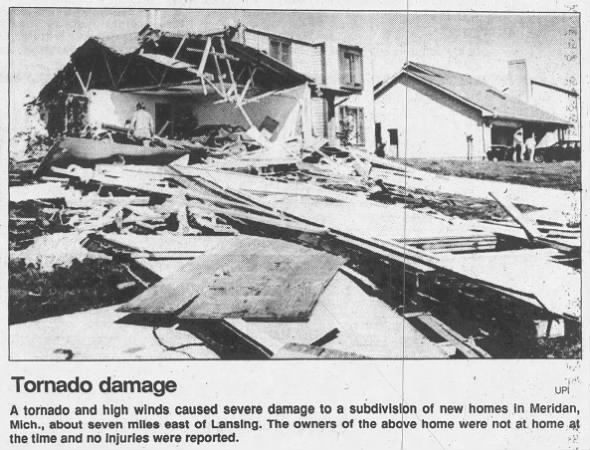 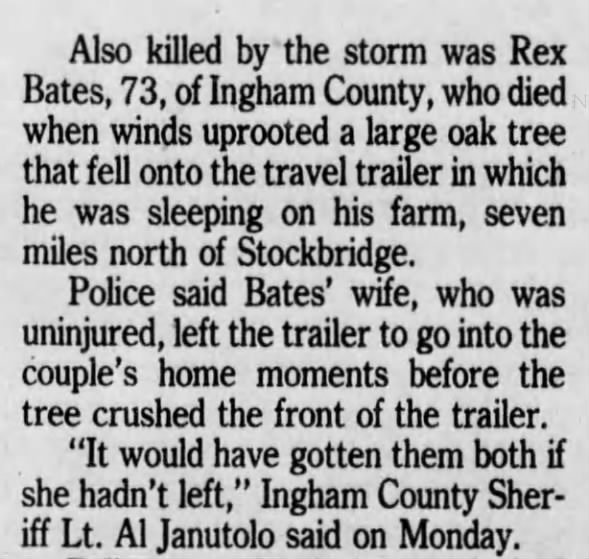 We gathered information for this event from the SPC & NCDC Databases, the August 1988 Storm Data Publication and Thomas Grazulis in Significant Tornadoes and found the following differences: