At 12:47 pm CST on March 1, 2007, a tornado warning was issued for Coffee County, AL. This included the City of Enterprise.  At approximately 1:05 pm CST, the tornado was documented on the ground at the Enterprise Municipal Airport.  Minor damage to homes occurred.  Four chicken houses were destroyed.  Five minutes later, the tornado hit Enterprise High School.

Eight students were killed when a concrete wall collapsed on top of them as they huddled in a hallway in a crouched position.  An article in the Dothan Eagle from 2017 highlights the lives of Michael Bowen, Peter Dunn, A.J. Jackson, Ryan Mohler, Katie Strunk, Michael Tompkins, Jamie Ann Vidensek, and Michelle Wilson.

50 were injured.  The football stadium was destroyed.  Vehicles surrounding the school were overturned.

A ninth fatality occurred in Downtown Enterprise. 83-year-old retired nurses’ aid Edna Hays Strickland was killed.  She was standing behind a living room window of her home as the glass shattered.  Damage occurred to an elementary school.  A National Weather Service survey showed EF4 damage near the high school and in NE Enterprise.  239 homes were destroyed, 374 had major damage.  Coffee County was declared a federal disaster area. The tornado was on the ground for 10.33 miles and had a max width of 500 yards.

Satellite Comparison of Damage via NASA 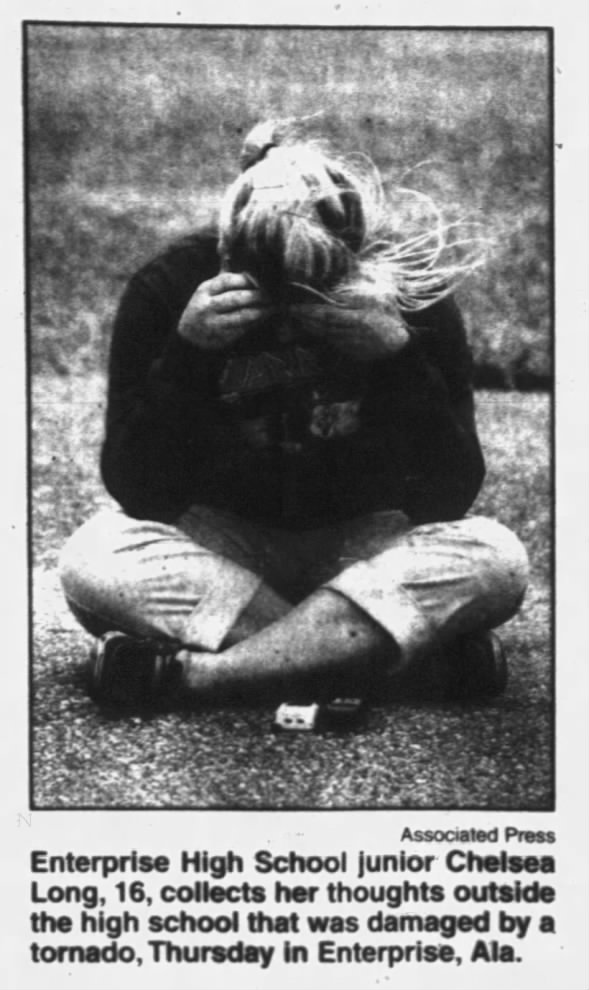 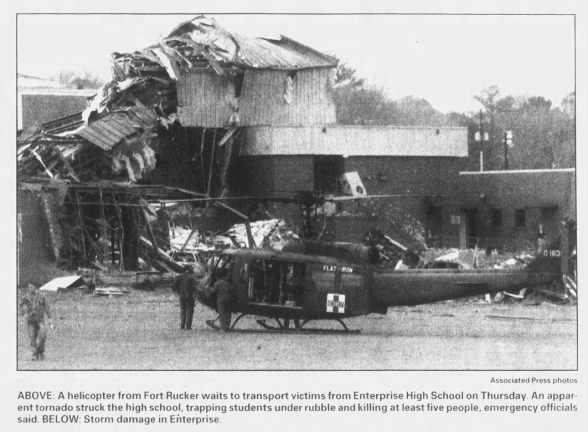 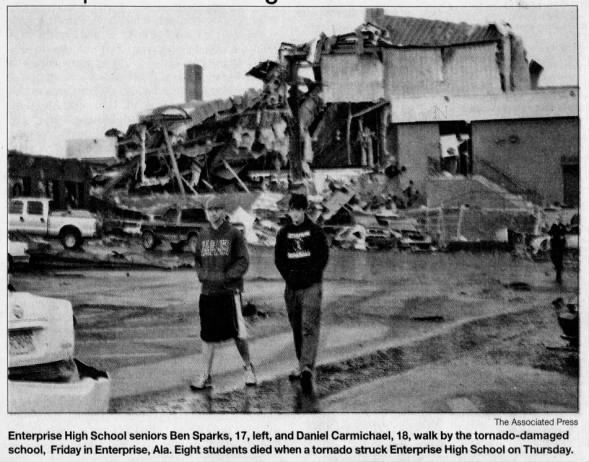 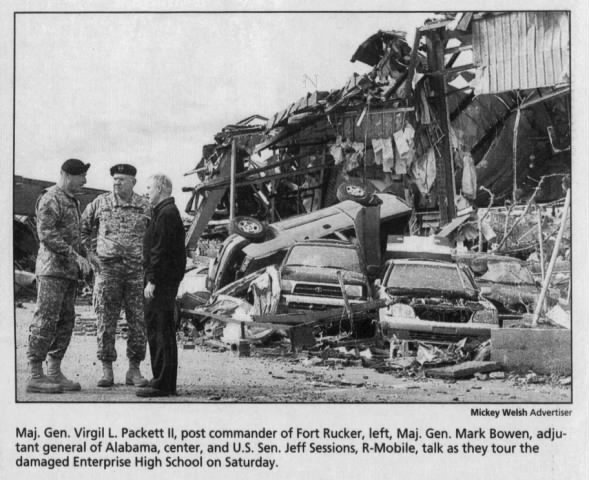 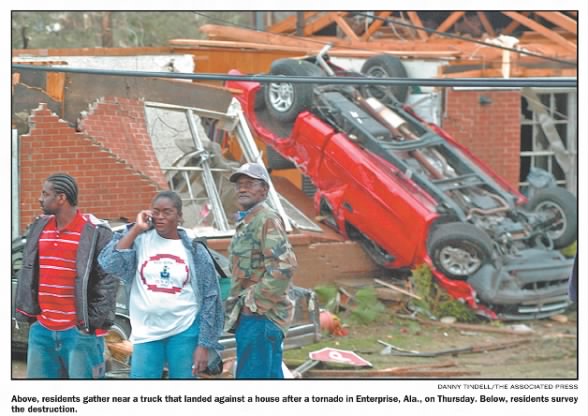 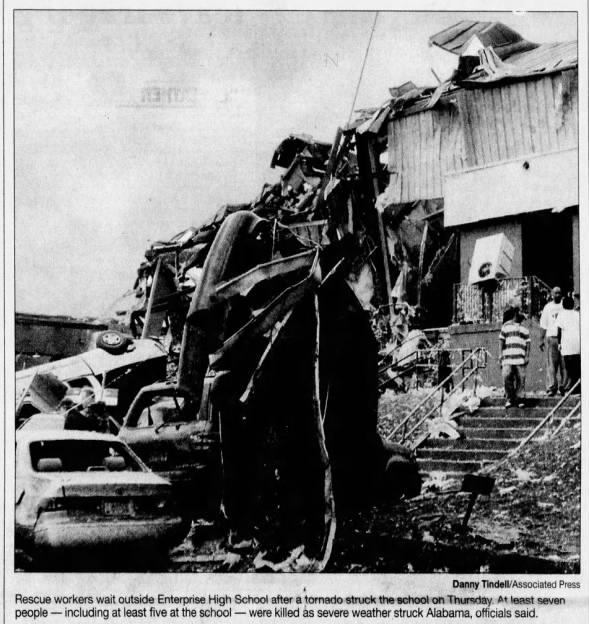 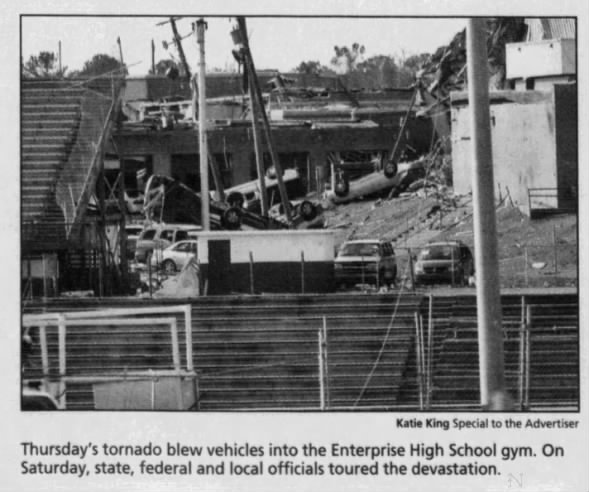 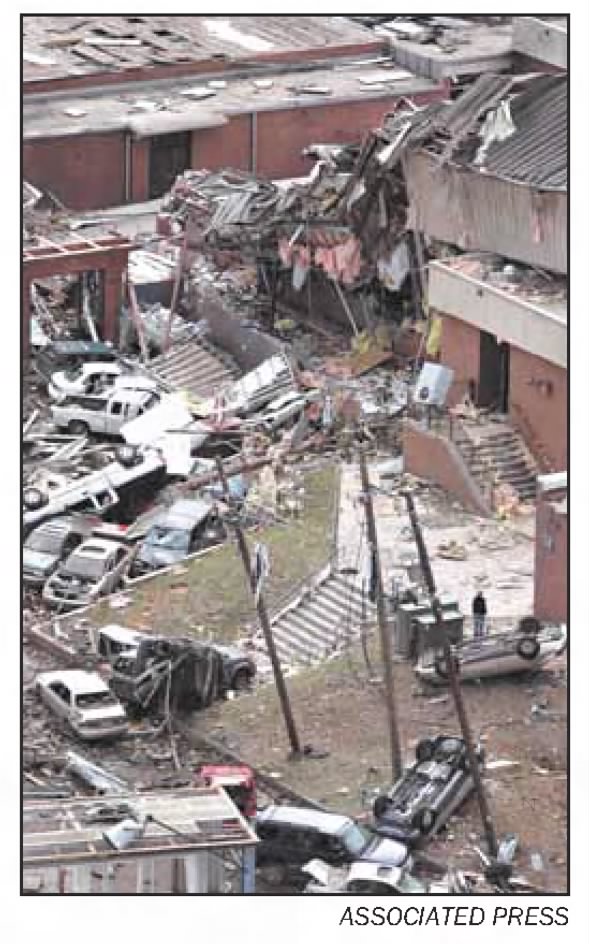