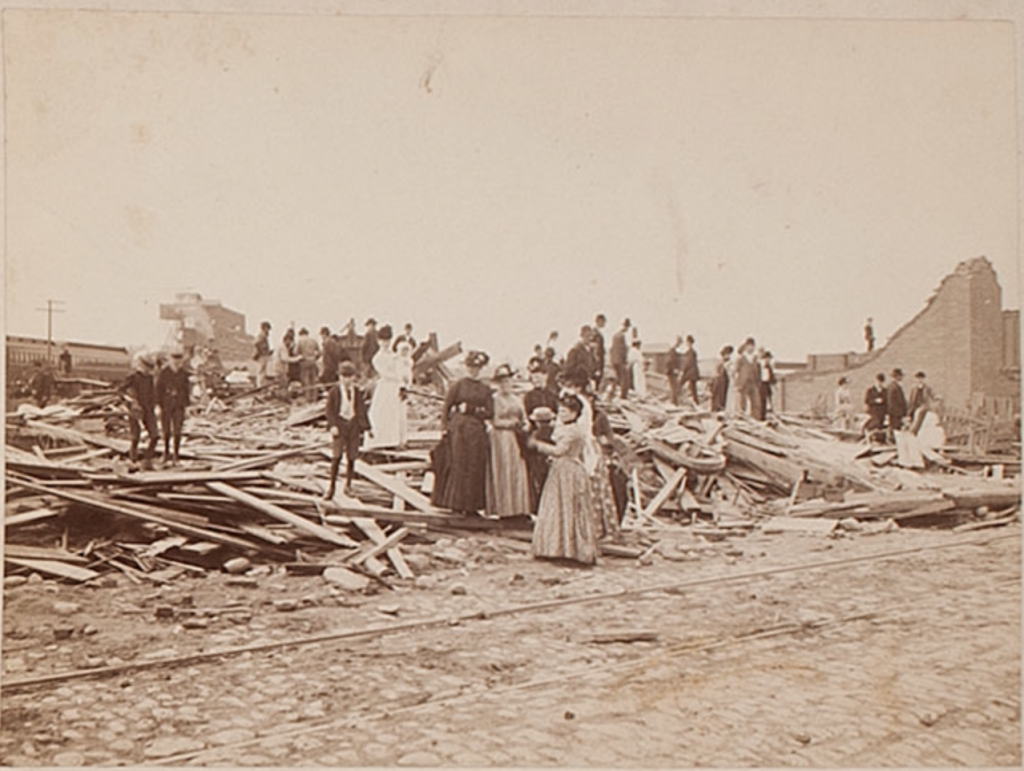 People standing amongst the rubble of buildings that were leveled.

On the afternoon of August 19, 1890, four tornadoes occurred in Pennsylvania. The focus of the summary looks at the two most impactful. An F3/borderline F4 tornado crossed through parts of Columbia and Luzerne County. 4 people were killed as it swept away several homes. As that tornado dissipated another tornado formed and plowed into Wilkes-Barre. 16 people were killed as this tornado damaged or destroyed over 400 buildings in the city.