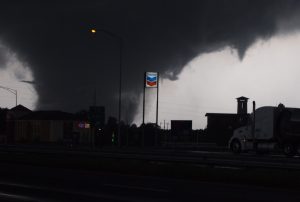 The tornado as it was tearing apart a scrap yard on the western side of Interstate 359 in Tuscaloosa. Image taken by Mike Wilhelm and provided by James Spann.