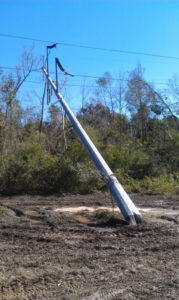 A total of 11 tornadoes were confirmed on October 17, 2012. All but two were in the state of Mississippi. The strongest of the day was given a rating of EF3 with maximum sustained winds of 140mph. It moved through parts of Scott and Newton Counties in Mississippi.